Chief Master Sergeant Deritha M. Ceaser was born in New Orleans, Louisiana, on July 20, 1961. An honor graduate of Bitburg American High School, Bitburg AFB, Germany, she received an Associate of Applied Science Degree in Human Resource/Personnel Management and Business Administration and Management from the Community College of the Air Force in 1983. In 1985, she received a Bachelor of Arts degree in Sociology from the University of Texas at Arlington.

CMSgt Ceaser has completed over 26 years in the military in both Texas and New York. After completing her initial technical school, she was assigned as a traditional Guardsman in the 159th Combat Support Squadron as an enlistments and separations clerk. In 1991, she was selected as the 136th Mission Support Squadron Senior NCO of the Year. In 1992, she was selected as the Retention Office Manager of the Year for the State of Texas. In 2003, she was appointed by the Director of the Air National Guard as the personnel career field senior NCO representative to the Air Force Association. She was promoted to Chief Master Sergeant on August 26, 2004, and assigned as the Personnel Superintendent of the 136th Airlift Wing, Carswell Joint Reserve Base, Fort Worth, Texas. 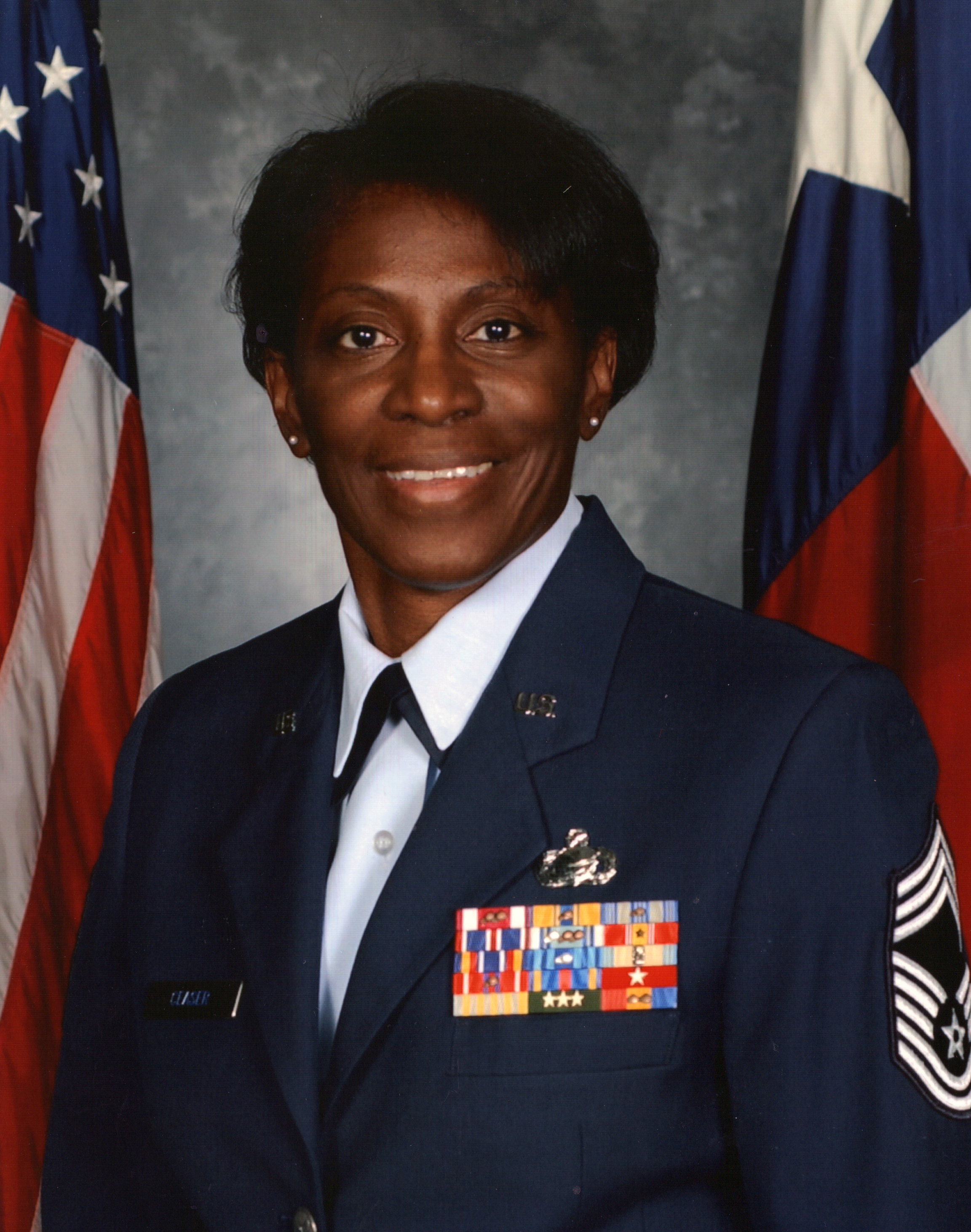