Major General Belisario D.J. Flores held the position of Assistant Adjutant General for Air for the State of Texas from 1 September 1971 and retired on 20 July 1986. General Flores was the first Hispanic to hold the position of Assistant Adjutant General. He was also the first Hispanic to hold the rank of General in the Texas Air National Guard. General Flores was born at Eagle Pass, Texas, 22 July 1926. General Flores began his career in the Army Enlisted Reserve Corps in March 1944 and was call to active duty in January 1945. He reached the rank of sergeant prior to his separation and assignment to the Inactive Army Reserve in August 1946. From 1946 to 1948 General Flores attended San Antonio College and earned a Phi Beta Kappa Key for his academic work. He then enrolled at St. Mary's University where he earned the Kappa Pi Sigma Key and a BBA Degree in 1950.

While in college, he participated in the ROTC program and was commissioned a second lieutenant of Artillery upon graduation. He joined a reserve unit at Dodd Field and served until he was called to active duty in 1951. From 1951 until his release from active duty in March 1953 he served as an Artillery Officer and spent nine months in combat in Korea. General Flores remained in the Inactive Reserve program until May 1955 when he was appointed in the Texas Air National Guard as Supply Officer. In June 1959, he became Accounting and Finance Officer in the 149th Combat Support Squadron to parallel his civilian position of Accounting Supervisor and in July 1964 he was promoted to Comptroller.

General Flores was assigned as Commander 149th Combat Support Squadron in August 1966 where he served until his appointment as Assistant Adjutant General for Air on 1 September 1971. General Flores was promoted and federally recognized as a Brigadier General on 25 June 1974. He was the first Hispanic to be promoted to General Officer rank in the National Guard of Texas. In September, 1974, he was appointed by the Chief of the National Guard to work with minority groups, both at the state and national level, to develop a program that would attract minorities into the officer career fields, both Army and Air establishing the M.O.R.E. (Minority Officer Recruiting Efforts) program.

Since his retirement he was inducted into the West Side Chamber of Commerce Hall of Fame of San Antonio as an outstanding veteran and citizen of the community. One organization he serves is the San Antonio Guadalupe Community Center which provides food and day care for children. He also sits on the board of his local congressmen to review applications from young men and women who wish to seek appointment to a military service academy. 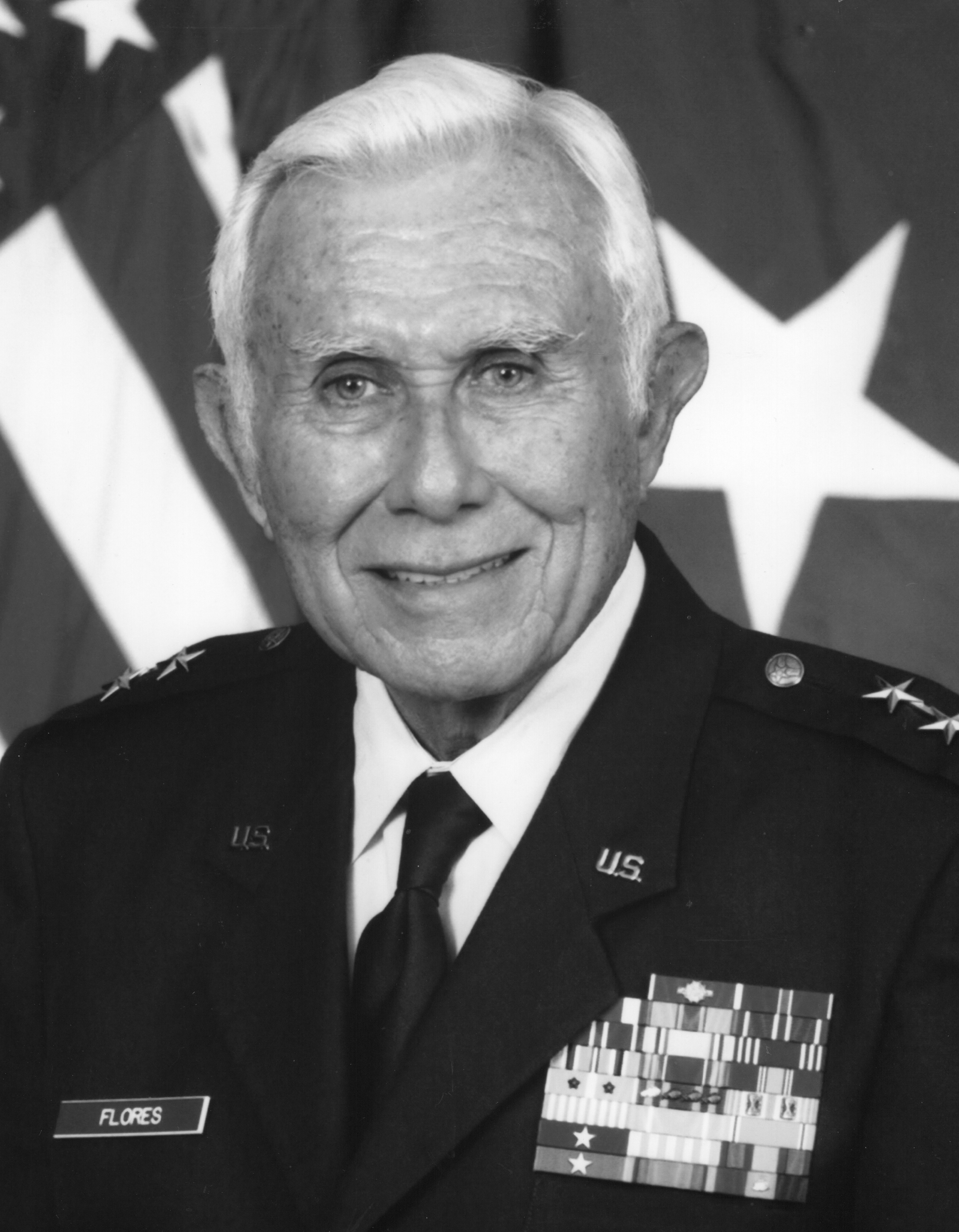