D. A. Thompson began his military career as an ROTC student in 1937 at Texas Tech College. He was commissioned a second lieutenant in November 1941 and called to active duty in February 1942. He was assigned as company commander in the 75th Infantry Division where he remained throughout the duration of the war. When discharged from active duty in 1945, he was the battalion executive officer of the 275th Engineer Battalion. After World War II, Brigadier General Thompson joined the 49th Armored Division. He was S-3 and executive officer of the 145th Tank Battalion, commanding officer of the 5th Reconnaissance Squadron and 1st Infantry Battalion. 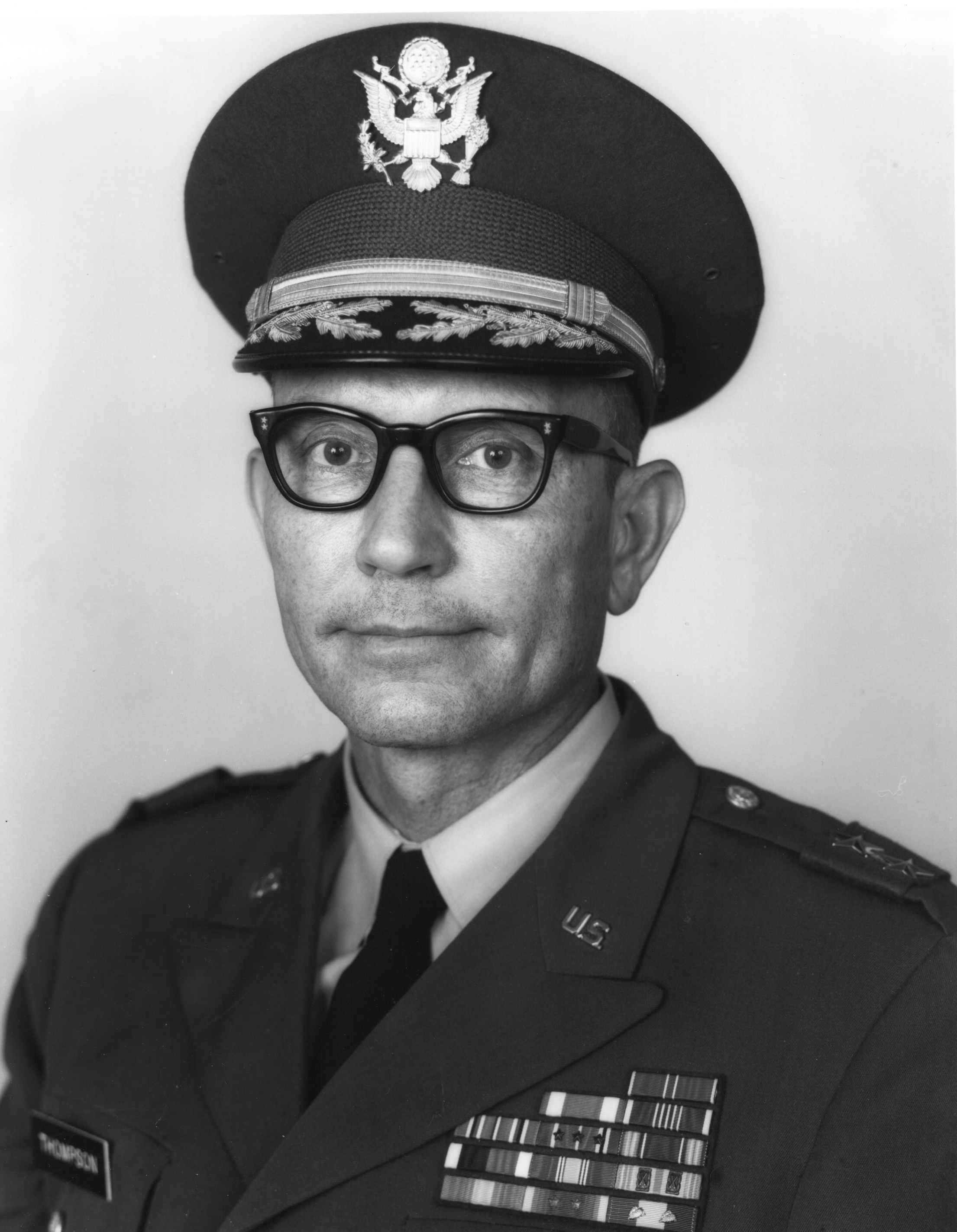