Brigadier General Hugh Hall served over 40 years in the United States Army and Texas Military Department from 1961 to 2002. He served his community, the Great State of Texas and the United States of America with distinction and honor. His care for military families was felt throughout the state during times of uncertainty. His calm demeanor helped maintain focus during the dark hours after September 11, 2001. His dedicated service and outstanding leadership which has shaped the force into what it is today.

General Hall began his military service as a Tank Mechanic (63H10) and served with the famed Second Armored Division (aka 2nd AD) at Fort Hood, Texas. He later reenlisted as a UH1 Huey Crew Chief (67N10) and in 1966 deployed to the Republic of South Vietnam with the 155th Assault Helicopter Company. 52nd Aviation Battalion serving as a Crew Chief and Door Gunner, earning the Air Medal and Republic of Vietnam Campaign Medal (with “60” Device). Returning from Vietnam, he was assigned to the Transportation School at Fort Eustis, Virginia and served as UH1 Maintenance Instructor. He enlisted into the Florida Army National Guard in August 1968 and later transferred to the Texas Army National Guard.

General Hall was granted a direct commission through his combat leadership experience gained in Vietnam and appointed to Second Lieutenant on 3 August 1972. His first Platoon Leader assignment was as an Aircraft Maintenance Officer with 111th Aviation Group (Combat), TXARNG. During his career he served in all leadership positions from company to brigade level, culminating as the Deputy Commander for Support, 49th Armored Division. His civilian employment ran parallel as the Superintendent of Mobilization and Training Equipment Site, better known as MATES. This gave him a deeper perspective on combat readiness and was demonstrated by the quality of maintenance operations, the same level of quality maintenance operations that is still carried on by the men and women of MATES today.

As Deputy Commander for Support of the 49th Armored Division, he improved all areas of combat readiness, specifically maintenance and logistics, which at the time, was cap-stoned to U.S. Army III Corps and stood as the only fully functional, reserve component, armored division in the United States Army. Expectations were exceeded, and lessons learned at all levels. General Hall’s demonstrated leadership and commitment was recognized with the presentation of the Ordnance Order of Samuel Sharpe (Master Gunner of Ordnance); the Order of Saint George (Honorable Service to Armor and Cavalry) and the Order of Saint Barbara (Artillery).

General Hall is actively involved in his community by participation as: Military Liaison to the Gatesville Chamber of Commerce, Board member of Coryell County Museum, participant of the annual “Food for Families” charity and a staunch supporter of Boy Scout Troop of Gatesville. After retirement he served as a consultant to several defense contractors and currently serves as a major partner of HPLogIt Management in Texarkana. General Hall’s exceptional outstanding service and myriad of contribution, a strong love for State and country, and the Soldiers who protect it, will have a lasting positive impact on the Texas Army National Guard and the United States Army. 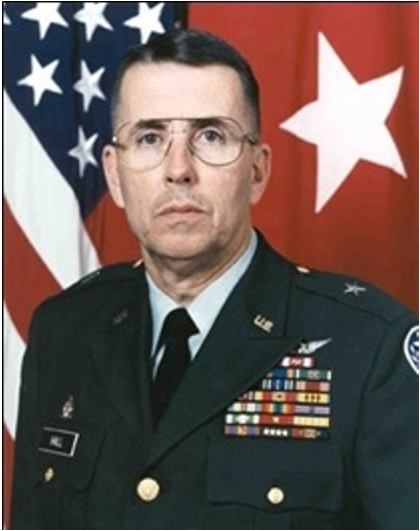