Brigadier General John C. L. Scribner was born in Laredo, Texas on January 13th, 1931. Upon completion of high school, he enlisted in the Texas National Guard on September 14th 1948 as a member of the Tank Company, 141st Infantry Regiment, 36th Infantry Division. He was commissioned a second lieutenant on February 14th, 1952 and served as Tank Platoon Leader and Rifle Platoon Leader, before joining the Army National Guard technician program in 1959. He served as Adjutant, Operations Officer, Battalion Executive Officer and Commander of the 2nd Battalion, 141st Infantry Regiment prior to his assignment to the State Headquarters at Camp Mabry, in Austin, Texas.

Brigadier General Scribner was assigned as the Commandant of the Texas National Guard Academy in 1981, and was instrumental in training over 8,000 NCO's, specialists and officer candidates. He retired as a Colonel in 1986, with a remarkable career spanning some 38 years of dedicated service in the Texas Army National Guard.

Immediately following his retirement from the Army Guard, BG Scribner joined the Texas State Guard and assumed command of the 6th Military Police Group where he served until 1991, when he was named as the deputy Chief of Staff Operations. On February 12th, 1994 he was promoted to Brigadier General and assigned to serve as the Deputy Commander for the Texas State Guard.

Brigadier General Scribner is a graduate of Laredo Junior College and holds a Bachelors of Science in Management and Human Resources from Park College. He attended Advance Courses at the U.S. Army Infantry School and the Army Transportation School and is a graduate of the Armed Forces Staff College and the U.S. Army Command and General Staff College. Among his numerous awards are the Legion of Merit and the Lone Star Distinguished Service Medal. He has twice received the Sam Houston Award from the Texas State Guard and is also the recipient of the Freedom Foundation George Washington Honor Medal for his work with the Texas Military Forces Museum and historical archives.

Upon his retirement from a remarkable military career in 1986, Brigadier General Scribner was tasked by the Adjutant General to establish a museum for the Texas Guard, without dedicated funding. He is currently working for the Adjutant General's Department as the command historian and is also serving as the director of the Texas Military Forces Museum at Camp Mabry. He is a lifetime member of the National Guard Association of Texas, the Texas State Guard Association and the Texas Military Forces Museum. 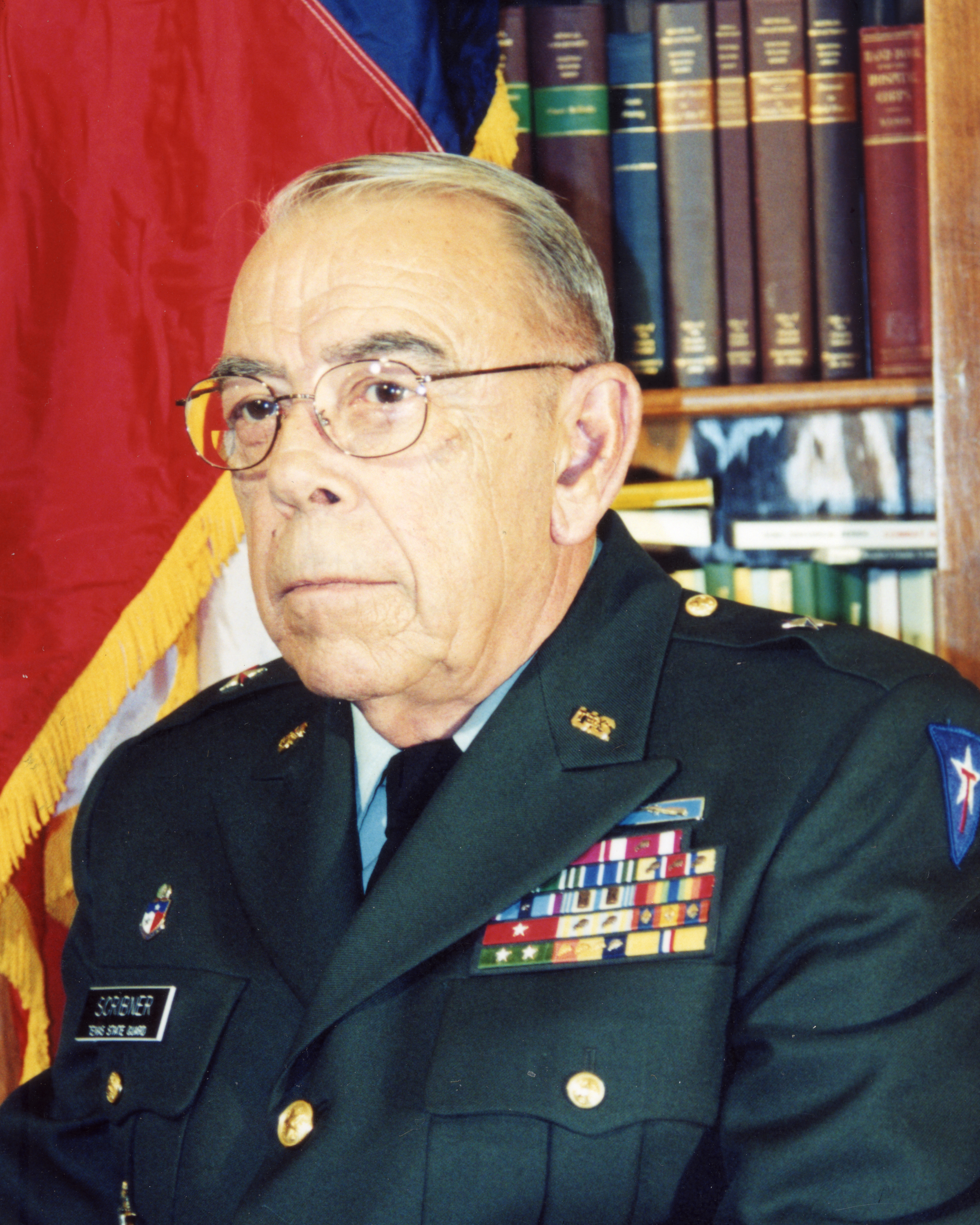