Brigadier General Kelley Arnold was born in Atlanta, Texas on 10 December 1910 and began his military career in October 1925 as an enlisted man in Atlanta, Texas. He served in the enlisted grades for fifteen years and was commissioned a second lieutenant, Infantry, 25 November 1940. His first duty assignment as an officer was in the 144th Infantry Regiment, a unit of the 36th Infantry Division. He served with the 144th in various assignments, including communications officer, headquarters company executive officer, personnel officer, regimental S1 and S2. He was relieved from active duty in February 1946.

General Arnold joined the 49th Armored Division when it was organized in 1947. His assignments have been as Division Adjutant General and G1. In July 1961, he was named Chief of Staff and served in this capacity during the 49th Armored Division's tour of active duty at Fort Polk, Louisiana from October of 1961 to August of 1962 when the division was Federalized to help meet the Berlin crisis. General Arnold was promoted to Colonel as of 25 September 1961. In October 1965 General Arnold was appointed Assistant Division Commander. 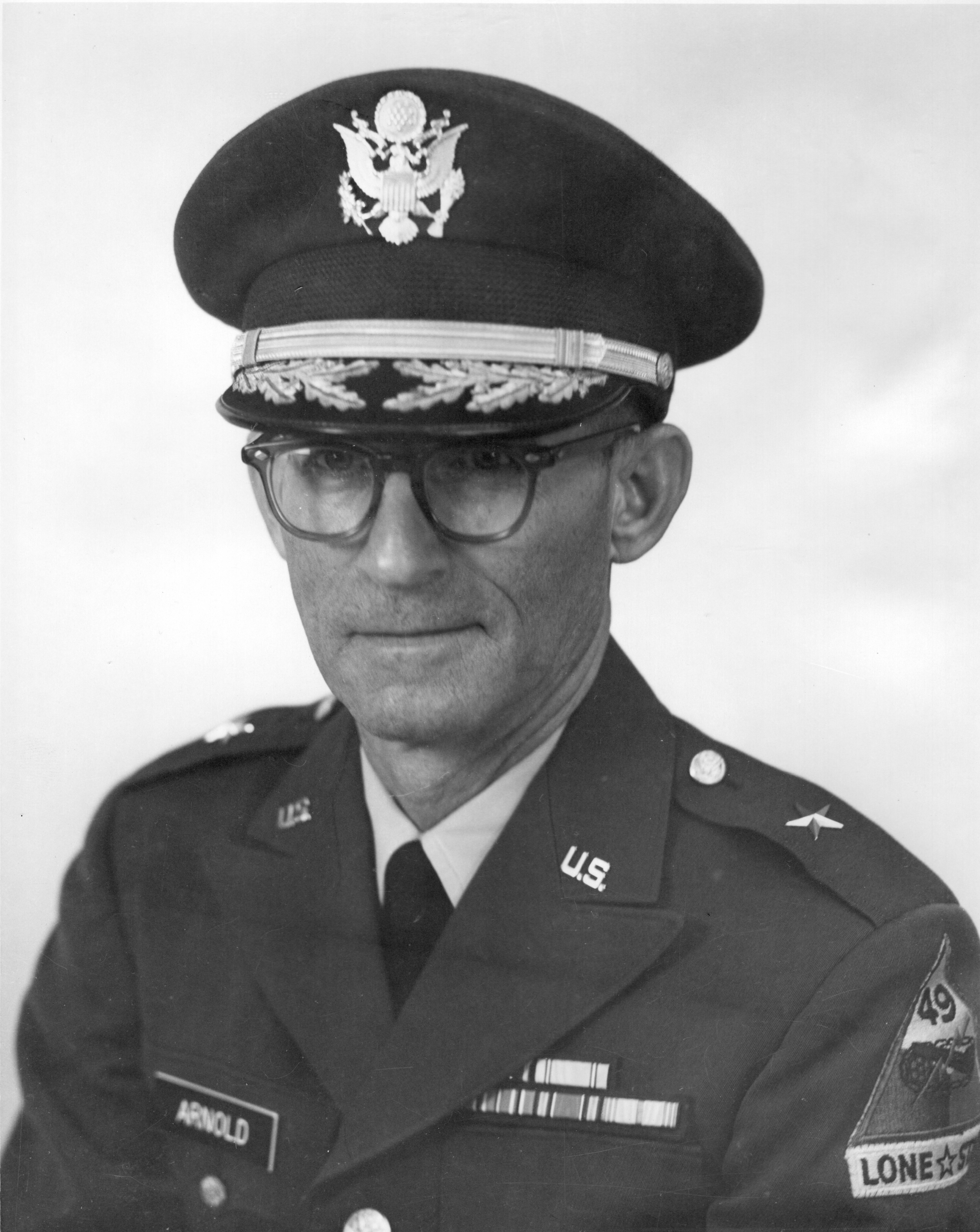