Brigadier General (Brevet) Mickey Francis enlisted as a private in Co A, 111th Quartermaster Company on July 25, 1936, at the age of 16. He was mobilized into federal service with the 36th Infantry Division on November 25, 1940. He received his commission as a second lieutenant on January 18, 1943, and was deployed to the Southwest Pacific Theater in June of that year.

General Francis served in combat in the Philippine Islands as the company commander of the 3746th Quartermaster Truck Company. He returned to the United States in December, 1945, and separated from active duty as a Major on April 14, 1946.

General Francis entered into full time service with the Texas National Guard in January, 1947, in the grade of Master Sergeant, as the Battalion Staff Assistant of the 111th Medical Battalion, 36th Infantry Division. He was commissioned a Captain in October, 1948. He was later assigned to the position of senior staff assistant and chief of staff of the 36th Infantry Division. Upon Deactivation of the 36th Inf Div on February 1, 1968, General Francis was reassigned as the executive officer of the newly created Arrowhead Emergency Operations Headquarters in Odessa, Texas. A year later, he returned to Austin as the staff administrative assistant and executive officer of Base Units Command, TXARNG, where he served until his retirement on November 10, 1979

General Francis was a life member of the National Guard Association of Texas and served on the Board of Directors for six years, holding the office of president from 1966-1967. During his tenure as president of NGAT, Mickey was responsible for drafting and presenting legislation which resulted in the passage of a bill which provides disability compensation for guard members permanently disabled while performing state military duty, and compensation for wives and/or children of guard members killed while engaged in state emergency duty.

Through his initiative and dedicated efforts, General Francis was responsible for the NGAT sponsorship of a life insurance program that has paid millions of dollars in claims to the beneficiaries of Army and Air Guard members. General Francis was the driving force which created the insurance program and his efforts were tireless in developing plans and negotiating a contract that would provide maximum coverage for guard members and their families at a minimum cost.

General Francis proposed and initiated the NGAT scholarship program to provide educational assistance for guard members and/or children of guard members. Mickey spent countless hours in visiting high school principals and college administrators in developing guidelines and selection criteria for a sound and effective scholarship program. He was instrumental in establishing the NGAT educational foundation and served as its first chairman of the Board of trustees. To date, more than 300 scholarships have been awarded to guard members and/or their children.

Present and future members of the Texas National Guard owe a debt of gratitude to BG (Brevet) Mickey Francis for the many benefits secured for them by his foresight and dedicated efforts on their behalf. 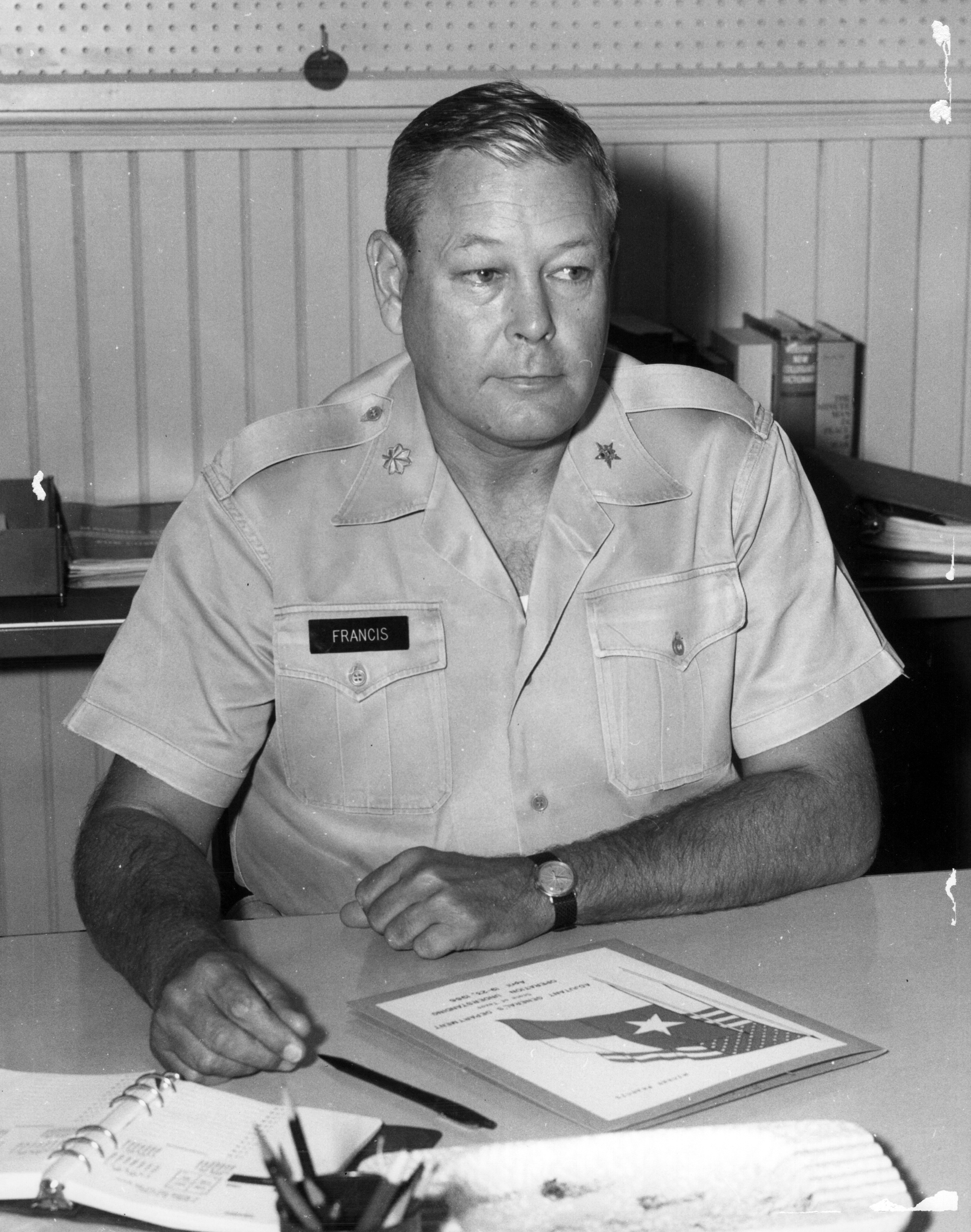