Brigadier General (Brevet) Richard M. Burrage began his military career as a private in Company M, 143d Infantry, 36th Infantry Division, Texas National Guard, on May 8, 1939, in Waco, Texas. He was originally assigned to the machine gun platoon, but was later assigned as the company mess sergeant.

General Burrage was a student at Southwest Texas State Teachers College and left the school during his senior year when the 36th Division was mobilized on November 25, 1940. He was a first sergeant at the time.

He was commissioned a second lieutenant on March 13, 1941, and was assigned as platoon leader of Company A, 143d Infantry. He held other positions before being appointed as the S-2, 1st Bn, 143d Inf in December; 1942.

The Division left the United States in April, 1943, and received mountain and amphibious training in North Africa, in preparation for the landing at Salerno, Italy. The 36th Division landed at Paestum, Italy, on September 9, 1943, the first American division to land in Nazi-occupied Europe. Lieutenant Burrage, as the battalion S-2, landed with the intelligence section three hours before the first wave and scouted out initial positions, established local security, and helped to direct the main body of troops to their position. Lieutenant Burrage was awarded the Silver Star for gallantry in action for his performance.

Three days later the battalion moved to the coastal town of Maiori, Italy, where it reinforced U.S. Rangers, and helped to close the road leading from Naples to the beachhead, thus preventing the Germans from advancing on the beaches. The War Department general order that awarded the Presidential Unit Citation to the units that participated in this action failed to include the 1st Bn, 143d infantry, and Btry A, 133d Field Artillery. Captain Burrage and others spent countless hours making telephone calls, writing letters, and researching the operations. As a result of their perseverance, the Department of Defense issued orders to correct their omission.

CPT Burrage held additional positions with the 143d Infantry before being appointed Assistant G-2, HQ 36th Infantry Division, in February 1945. When truce negotiations began between the Third Reich and the allied forces, CPT Burrage was the officer-in-charge of the team that escorted Field Marshall Hermann Goering and his staff across the front lines prior to the German surrender.

When the war in Europe ended, CPT Burrage was reassigned to the United States to command an armored infantry battalion at Fort Hood, Texas. He was released from active duty on December 15, 1945.

In 1946, Major Barrage assisted in the reorganization of the 143d Infantry Regiment, eventually rising to the position of regimental executive officer. In 1959 he was assigned as executive officer of the 1st Battle Group, 143d Infantry. In 1962, LTC Barrage transferred to the 75th U.S. Army Maneuver Area Command, USAR, in Houston, where he remained for the duration of his military service.

Colonel Barrage retired after serving for 25 years in the 143d infantry Regiment, and 11 years with the USAR. He was brevetted to the rank of Brigadier General on June 1, 1982, by the Adjutant General of Texas. 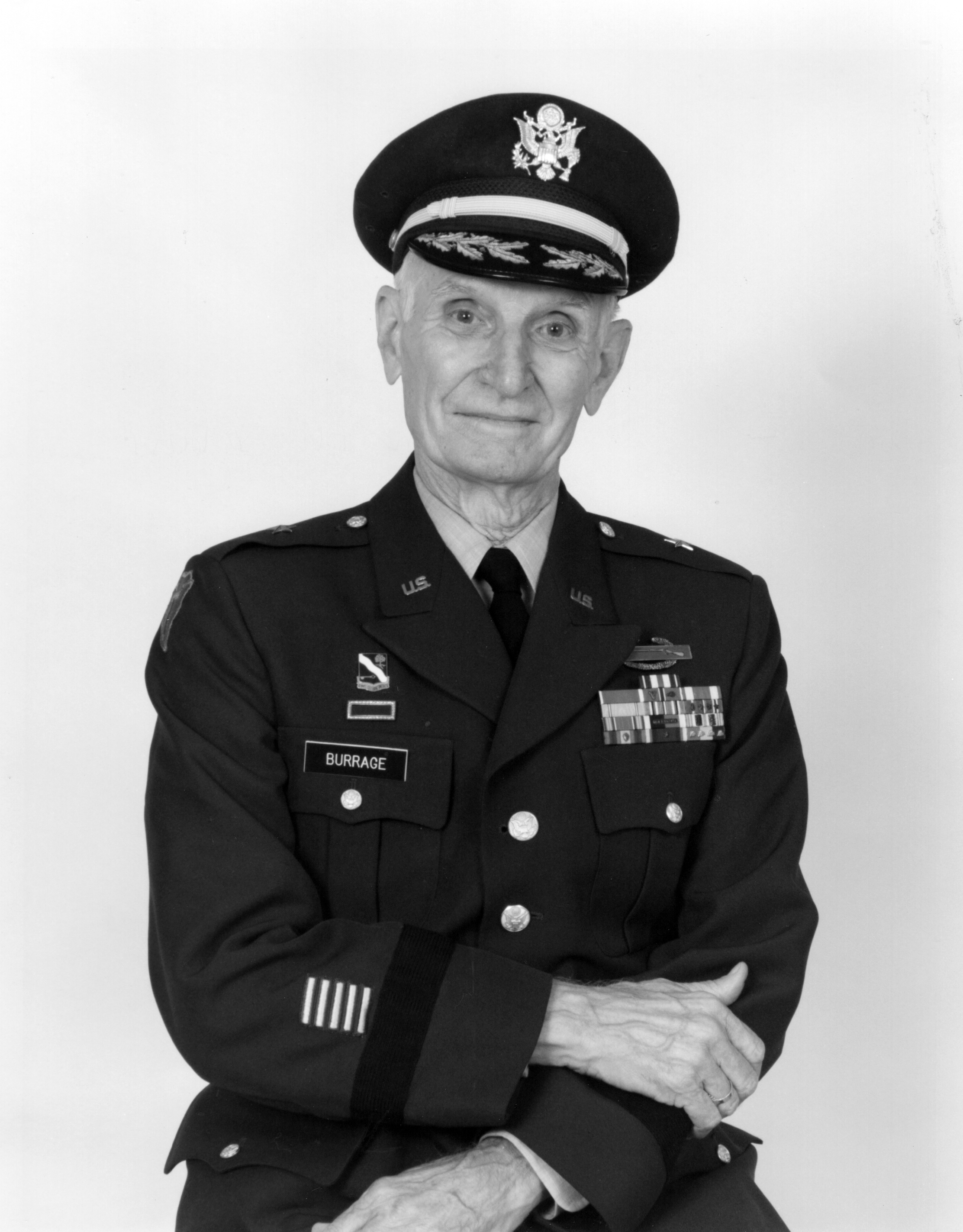