Born on 29 January 1916 in Jersey City, New Jersey, Martin J. Higgins (above left) received a BA in Economics from St Peter's College in 1939. Immediately after graduating, he enlisted as a Private in Troop B (machine gun troop) of Squadron C, 101st Horse Cavalry Regiment, New York National Guard. In September 1942, after rising to the rank of sergeant, he attended Officer Candidate School at Fort Riley, Kansas, graduating as a 2nd Lieutenant in December 1942. On 29 December 1942 he was assigned to the famed “Buffalo Soldiers,” commanding Troop B, 10th Cavalry, 2nd Cavalry Division, serving with the unit until it was disbanded in North Africa during March 1944. Higgins then volunteered for Infantry Training School, upon completion of which he joined the 36th Infantry Division in July 1944. Commanding 1st Platoon, Company A, 141st Infantry Regiment, he took part in Operation DRAGOON - the invasion of Southern France, 15 August 1944, landing on the most heavily contested beach of the invasion.

On 24 September 1944, Higgins assumed command of Company A, 141st Infantry Regiment. During OPERATION DOGFACE, the 7th Army’s offensive into the Vosges Mountains of France, the 1st Battalion, 141st was cut off behind German lines between 24-30 October 1944. Elected acting commander of the battalion by his fellow company commanders, Higgins directed the historic stand of what came to be called the "Lost Battalion", until the 442 RCT, sustaining heavy casualties, managed to fight its way through and relieve the beleaguered unit.

Eight weeks later Company A was struck by a counterattacking German regiment. When their ammunition ran out, Higgins and his command were captured. Two days later, Higgins was promoted to the rank of Captain. Interrogated personally by Heinrich Himmler, head of the Nazi SS, Higgins was initially sent to OFLAG 64 in Szubin, Poland and later shifted to STALAG III-A in Luckenwalde, Germany during a 350-mile, six week, forced-march. Higgins was one of only 450 officers out of the original 1400 to survive the ordeal. He escaped from Stalag III-A on April 22, 1945, reaching Allied lines and safety just before the end of the European War, 8 May 1945. Captain Higgins was discharged 15 August 1945.

Captain Higgins married Marjorie Ellen Jewkes on 9 October 1943. Together they had two children, Mary Pat and Michael. His post war career encompassed 37 years as a Regional Sales Manger for Diamond International. After retiring in 1979, he earned an MA in Education from the University of South Carolina in 1983. Higgins helped successfully lobby Congress for passage of the Immigration Act of 1952 which granted citizenship to the Issei (Japanese-born parents of Japanese-American troops who served in the 442nd RCT). Active in community government, the Republican Party, Boy Scouting, and the Church, he died on 26 February 2007 and was buried with full military honors at Arlington National Cemetery. Representatives of the 36th Infantry Division attend his funeral and internment services. 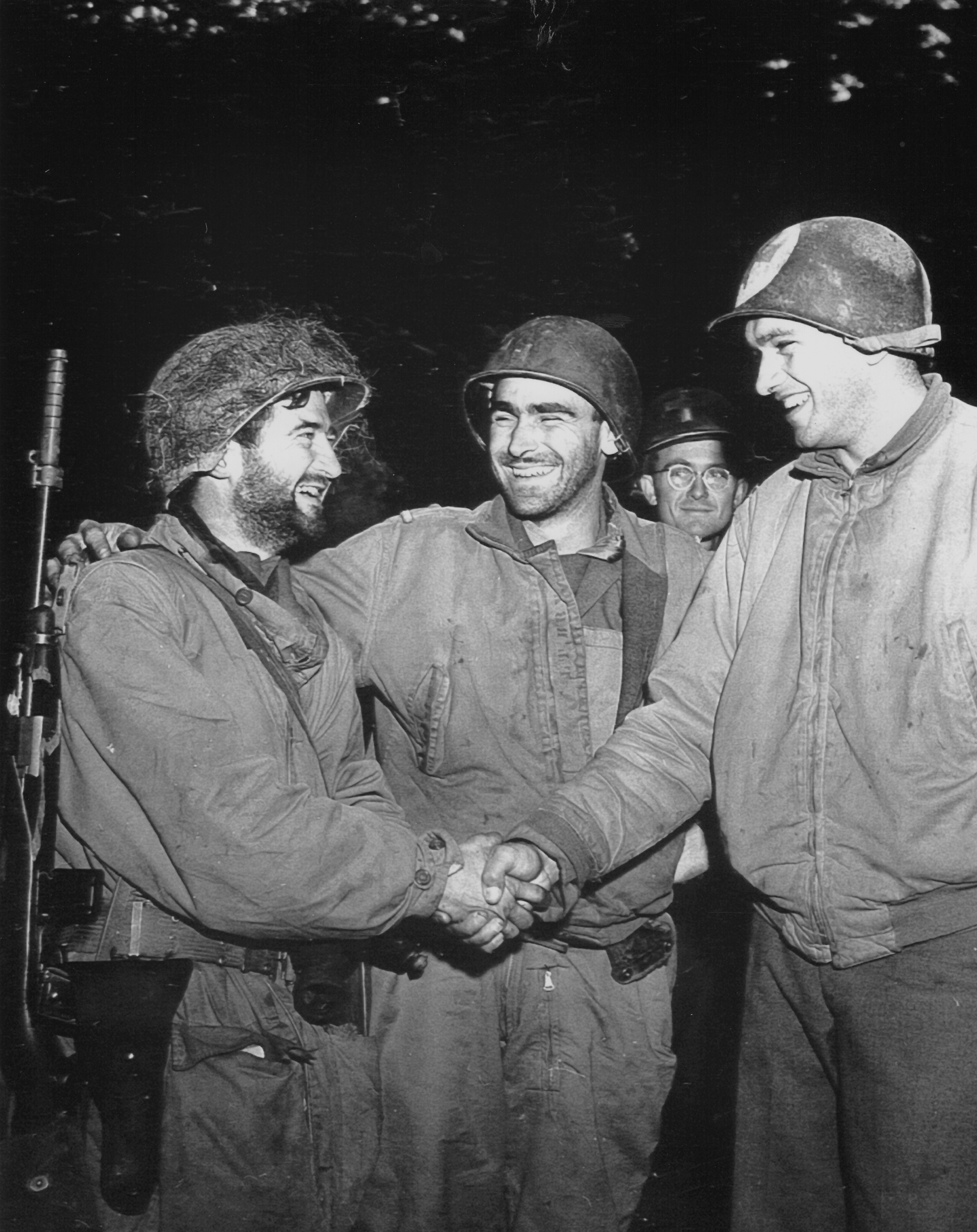