Chief Master Sergeant Bobby D. Taylor enlisted in the Texas Air National Guard on September 27th, 1956, as an administrative clerk in the 136th Aircraft Maintenance Squadron. In December of 1956, he transferred to the 181st Fighter Interceptor Squadron as an Air Operations Specialist, beginning a long career as an Air Guard Technician.

In 1958, Chief Taylor graduated from the Life Support Equipment School as the Honor Graduate. In 1959 and in 1963, Chief Taylor received Certificates of Merit for saving the lives of two pilots during an emergency bailout. Both pilots would later become Major Generals and Command the Texas Air National Guard.

Chief Taylor attended Aircraft Boom Operator School for KC-97 refueling tankers in 1964, and was upgraded to flight instructor and evaluator status. From 1967 until 1977, Chief Taylor participated in Operation Creek Party, providing continuous air refueling support to the United States Air Force in Europe. He was also selected as a crewmember to conduct numerous test flights at Edwards Air Force Base, California, for air- refueling compatibility with many new fighter aircraft. In 1978, Chief Taylor attended Aircraft Loadmaster School for C-130 aircraft, and was upgraded to flight instructor and evaluator. His was then assigned to the 136th Airlift Wing. Over the next ten years, Chief Taylor participated in Operation Volant Oak, flying numerous embassy re-supply and drug interdiction missions into very remote and hazardous areas of Central and South America.

In August of 1990, Chief Taylor participated in Operation Desert Shield and Desert Storm for a period of eight months, flying multiple combat and combat support missions. During a night mission, Chief Taylor and his crew were transporting troops and equipment from the 101st Airborne into a hostile area, when he noticed flames coming from a vehicle they were transporting. Without regard to his own safety, Chief Taylor climbed through a window, into the burning vehicle and extinguished the flames with his hands. His swift actions saved the life of the Army troops, his crew and the aircraft.

Chief Taylor participated in Operation Southern Watch in 1996, flying missions in the no fly zone in Southern Iraq. A year later he was active in Operation Joint Guard, flying missions into Bosnia, during the crisis there. In December of 1994, Chief Taylor was selected as Command Chief Master Sergeant for the 136th Airlift Wing and was awarded the Meritorious Service Medal for his outstanding efforts. He was also selected (twice) to chair a National Guard Bureau and Department of Defense committee to rewrite job descriptions for enlisted aircrews and their importance in the "Total Aircrew Concept".

During his remarkable career, Chief Taylor accumulated over fifteen thousand flying hours, in all fifty states and seventy-one foreign countries. He received a total of twenty-seven military decorations, including the Meritorious Service Medal, Air Medal, Aerial Achievement Medal, Air Force Commendation Medal, Air Force Achievement Medal, Combat Readiness Medal and numerous other federal and state medals. Chief Taylor is a lifetime member of the National Guard Association of Texas and has been on the board of directors for the 136th Airlift Wing Retirees Association for several years.

On April 27, 1998, Chief Taylor retired from the Texas Air National Guard with forty-one years and seven months of distinguished service to his state and nation. 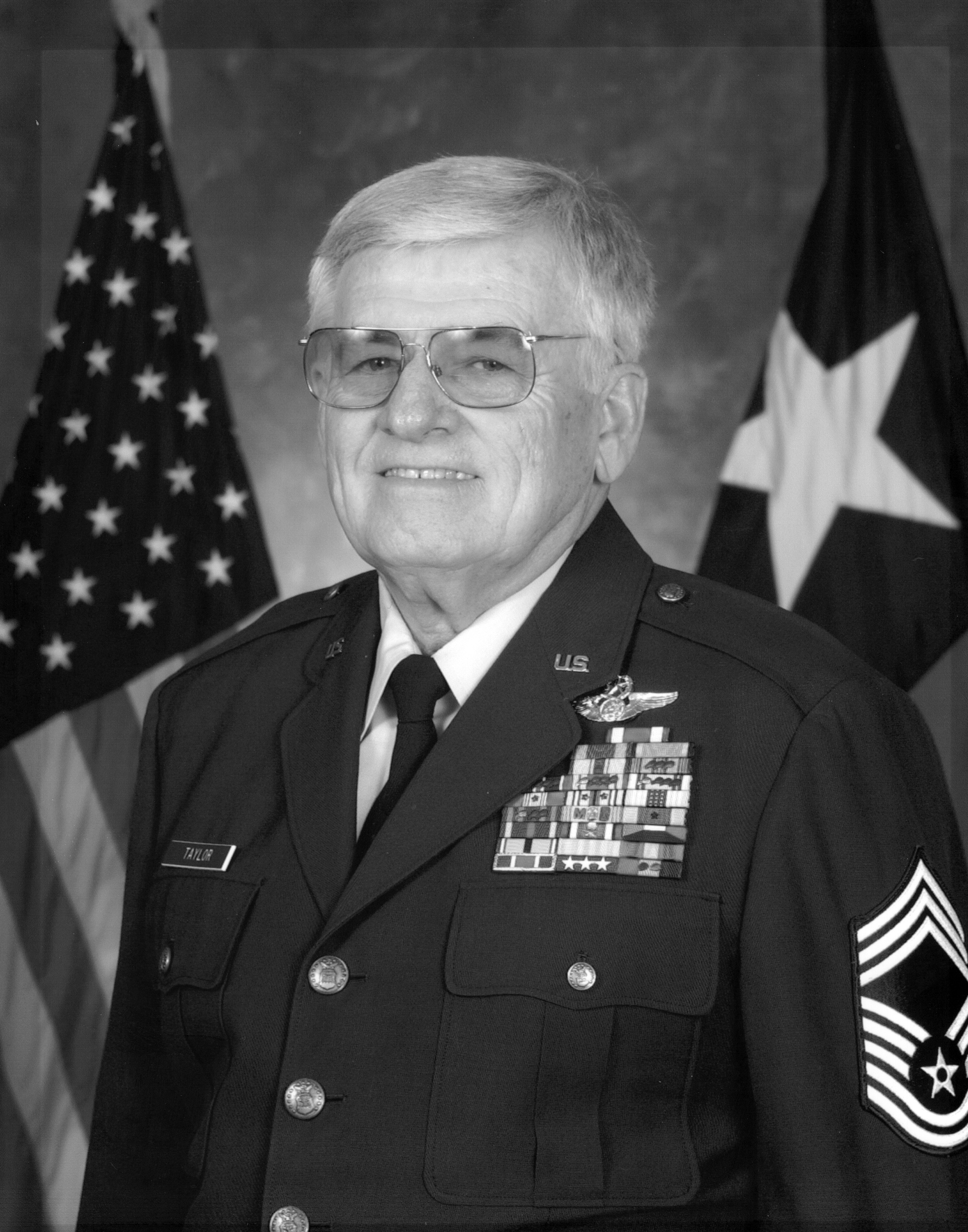