Chief Master Sergeant Frances M. Arnold was born on 20 November 1928 in Ft. Wayne, Indiana. She enlisted in the United States Air Force in May 1952 where she served for six years. While in the Air Force she became the Administrative Supervisor in her shop. This was during a time when women were a minority with little or no representation, but she was still able to attain the rank of Staff Sergeant. After her discharge from the Air Force, SSgt Arnold spent a short time in the Air Force Reserve and enlisted in the Texas Air National Guard in February 1969 as an Administrative Specialist. During her long and distinguished Air National Guard career she accomplished many Texas "firsts." Because of her innate ability to lead and influence people, she was appointed First Sergeant in Headquarters, Texas Air National Guard and then promoted to the rank of Chief Master Sergeant. She was the first female Chief Master Sergeant in the Texas National Guard. Recognizing her leadership potential and management qualities she was then selected by the Commander to be the very first Senior Enlisted Advisor for the Air Guard in Texas — a first for a female. During her tenure as the Senior Enlisted Advisor, she fought many battles for all enlisted personnel.

In recognition of her dedicated service to her State and Nation, she was awarded the Air Force Good Conduct Medal, the Texas Outstanding Service Medal and many other state and federal awards. Chief Master Sergeant Frances Arnold stands out in the minds of many members of the Texas Air Guard as being a real-life legend in breaking ground for all enlisted personnel as well as for all females serving in the Texas National Guard. 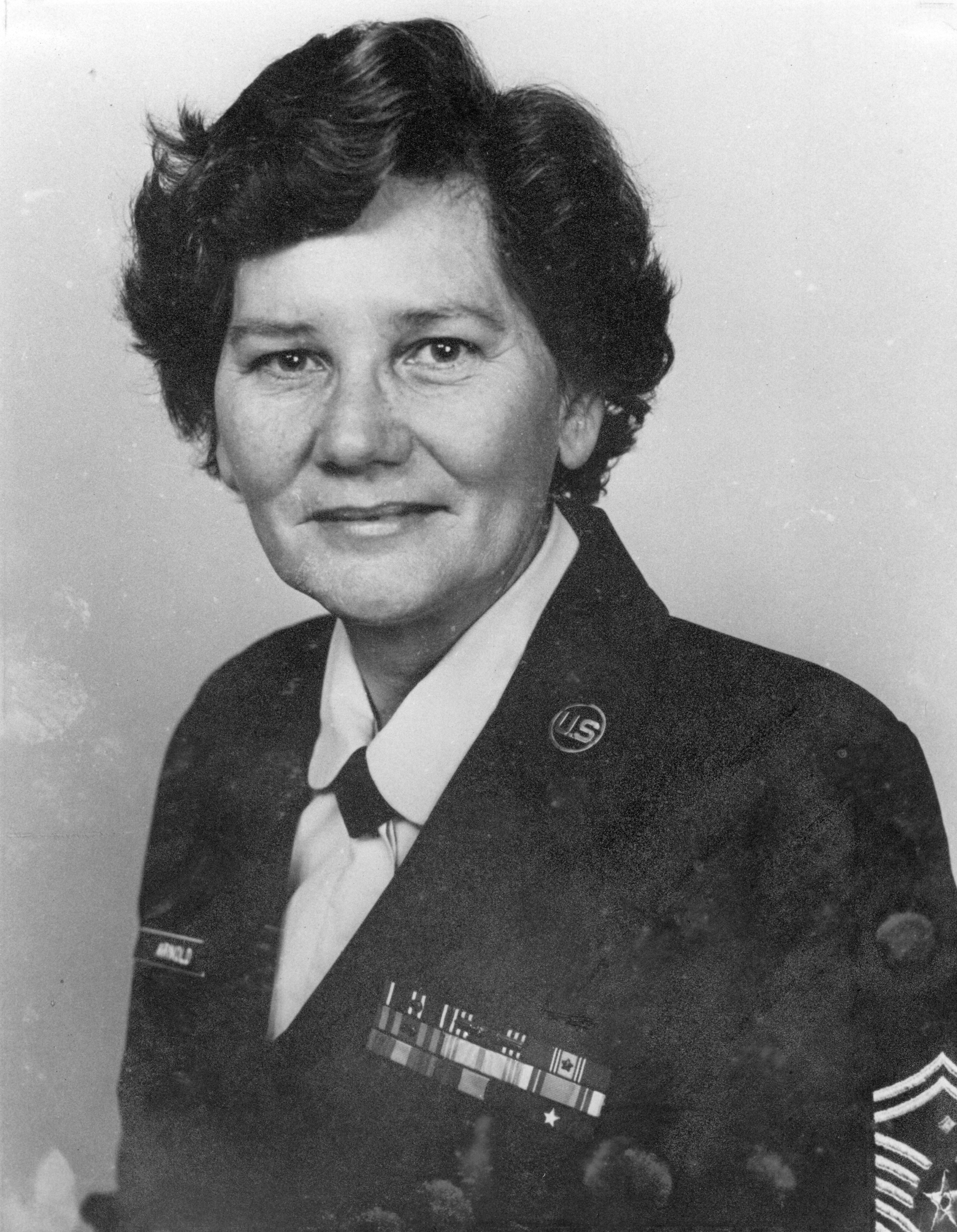