hief Master Sergeant Frank G. Strzelczyk was born 3 October 1923 at St. Hedwig, Texas, where he attended public schools: He joined the Army Air Force 1 February 1943, and upon release from active duty in 1946, he joined the Army Air Force Reserve in San Antonio. Acting upon a suggestion from a former Army Guardsman, he and five other men organized a cadre and proceeded to take the necessary steps to organize an Air National Guard unit in San Antonio. They received official sanction on 17 September 1947 — the same day the Air Force was made a separate branch of the military service. One year later, the 182d Fighter Squadron was formed. Through the years the 182d Fighter Squadron evolved into the 194th Tactical Fighter Group. Strzelczyk achieved the distinction of becoming the first Chief Master Sergeant in the 149th TFG and on 8 March 1981, he retired with 38 years of service. Not content in his retired status, he organized an auxiliary organization, the RAMS, which supported the 149th TFG in many social and membership activities and served as its president from its inception until his death on 3 January 1987.

His unselfish dedication to the Air National Guard in Texas serves as a shining example for all the members of the State Military Forces. A veteran of two wars, Chief Strzelczyk was awarded numerous decorations and awards including the Air Force Commendation Medal and the Texas Outstanding Service Medal. 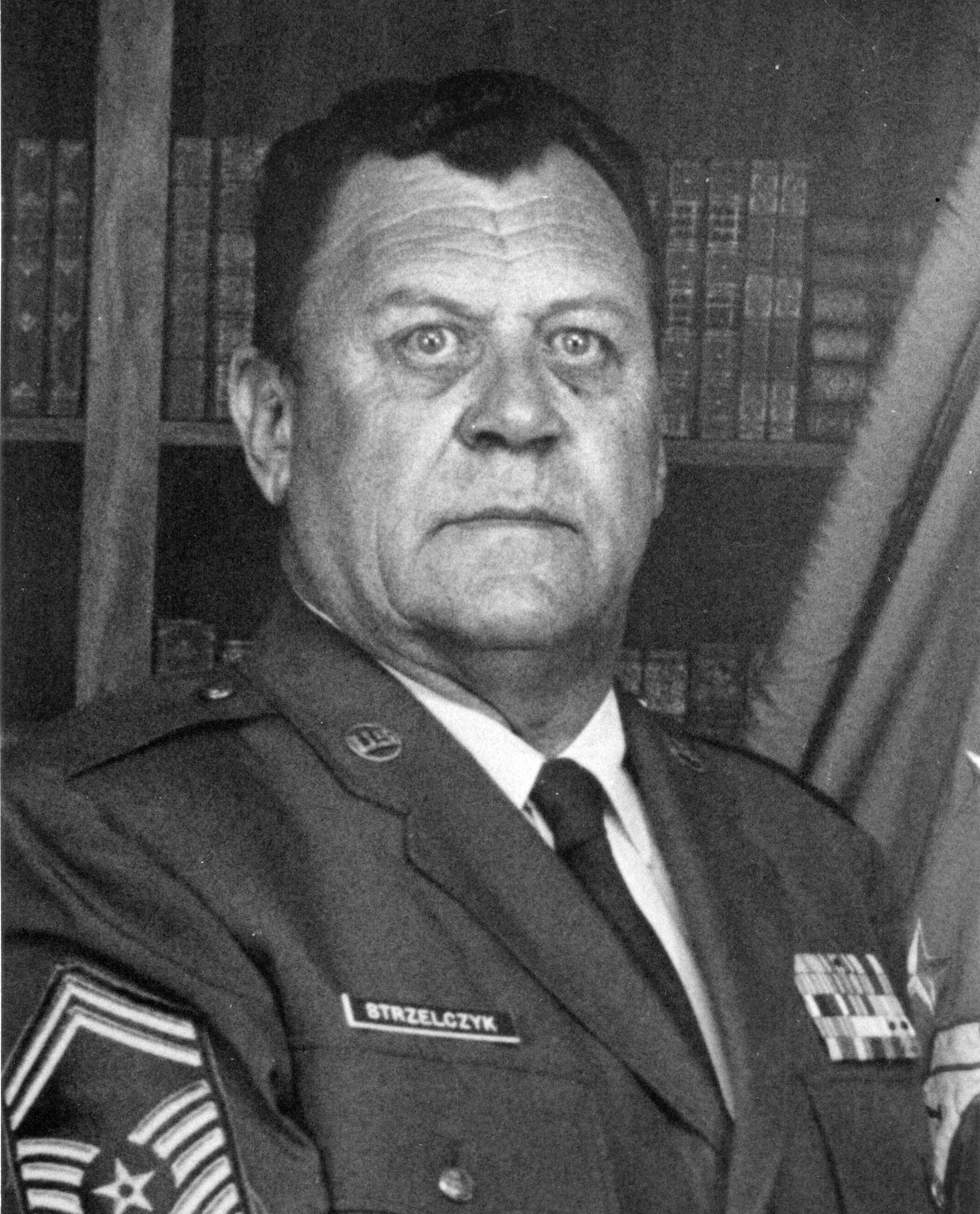