Chief Master Sergeant Horace E. Hobbs served 40 years of military service with the 149th
Fighter Wing, Joint Base San Antonio, Lackland Air Force Base Texas, from August 10, 1971 to May 29, 2011.
Chief Hobbs continually demonstrated the highest qualities of enlisted leadership as he ascended to the office of Command Chief Master Sergeant and was entrusted with the responsibility of advising commanders on matters impacting more than 1,100 Airmen in the 149th Fighter Wing and its geographically separated units.
From the beginning of his career, Chief Hobbs excelled in leadership and epitomized excellence. From 1971 to 1972, he was the Red Rope student leader and honor graduate at the 3399th Technical Training Squadron during Navigation-Aids Technical Training Course, Keesler Air Force Base, Mississippi. In 1983, Chief Hobbs was named Non-Commissioned Officer of the Year for the 149th Fighter Group.
In 1985, he cross trained to Computerized Automatic Test Station career field and was again named honor graduate. Chief Hobbs was recognized as the Air National Guard subject matter expert in F-16 avionics by the Air National Guard Readiness Center in 1990. He served as lead 149th Fighter Wing subject matter expert for all F-16 Gold Flag/Air Force Repair Enhancement Program initiatives between 1990 and 2000. In 1998, Chief Hobbs was again a key contributor to the Wing's mission conversion to a Fighter Training Unit where he helped to establish methods to efficiently produce highly trained fighter pilots for the Air Force.
Chief Hobbs collaborated with the Texas State Command Chiefs to develop important enlisted promotion guidelines that impact thousands of enlisted personal. He also co-authored the Texas Air National Guard's instruction for E-8 and E-9 promotions and also established time requirements for E-7s to complete formal leadership training. Both of these innovative directives are still in use today.
Chief Hobbs' superior leadership and strategic vision were the cornerstone for four consecutive "Excellent" ratings for the 149th Fighter Wing during 1998, 2002, 2006, and 2010 major inspections. He was elected to serve as Chairman of the State Chiefs Council, Texas Airman Leadership Seminar Vice-Commandant (2002) and Commandant (2003), President of the 149th Fighter Wing Chiefs Council, and Chairman of the 149th Fighter Wing Chiefs Scholarship Program. In 2011, Chief Hobbs culminated his career by being awarded the National Guard Minute Man Award presented by the second Command Chief Master Sergeant of the Air National Guard.
After his retirement in 2011 Chief Hobbs continued to serve the Texas military community through his work as a historian and Yellow Ribbon manager for the 149th Fighter Wing, ensuring deployed members and families are aware of benefits and cared for pre-deployment, during and post deployment.
It is without question that Chief Hobbs' tireless efforts and devotion to the Texas Air National Guard and the state of Texas for the last four decades has truly made a significant impact on the present as well as the future. 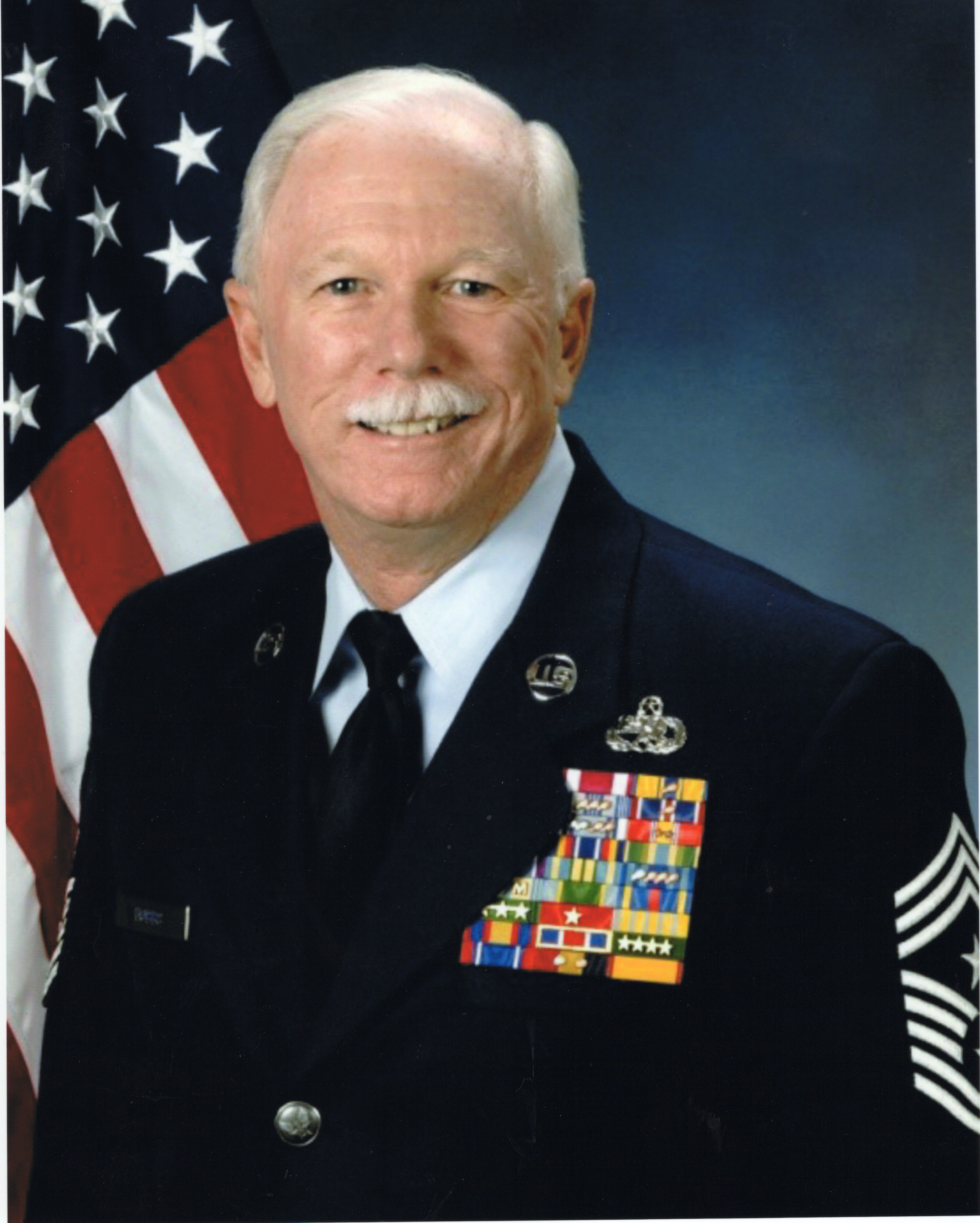