Chief Master Sergeant James D. Johnston was born in Temple, Texas on 28 May 1930. He attended Alamo Heights High School in Alamo Heights, Texas, and in 1948 joined the Texas Air National Guard as a member of the 182d Fighter Interceptor Squadron. He attended a 26 week technical training course at Fort Francis E. Warren, Wyoming, where he graduated with honors. In 1956, he was assigned as an automotive mechanic in the 149th Fighter Group, Texas Air National Guard. In 1957, he was reassigned to the Ground Equipment shop, where he served as foreman from 1960 - 1979. In June 1979, he was reassigned as Transportation Foreman. On October 2, 1983, he became the aircraft mechanic general foreman, and shortly thereafter was promoted to grade of chief master sergeant. He retired from the Air Technician Program after 32 years service in 1985. Thereafter, he served four years on the Senior Enlisted Advisory Council, TXANG and two years as the State Senior Enlisted Advisor.

In recognition of his long and dedicated service, Sergeant Johnston was awarded the Lone Star Distinguished Service Medal, the Korean Service Medal and numerous other state and federal Awards. Among his civilian awards is the Minuteman Award from the National Guard Association of Texas.

Chief Master Sergeant Johnston is the epitome of a citizen soldier. His dedication to his community and his loyalty to his state and nation serve as a shining example for his fellow citizens and future Airmen of the Texas Air National Guard. 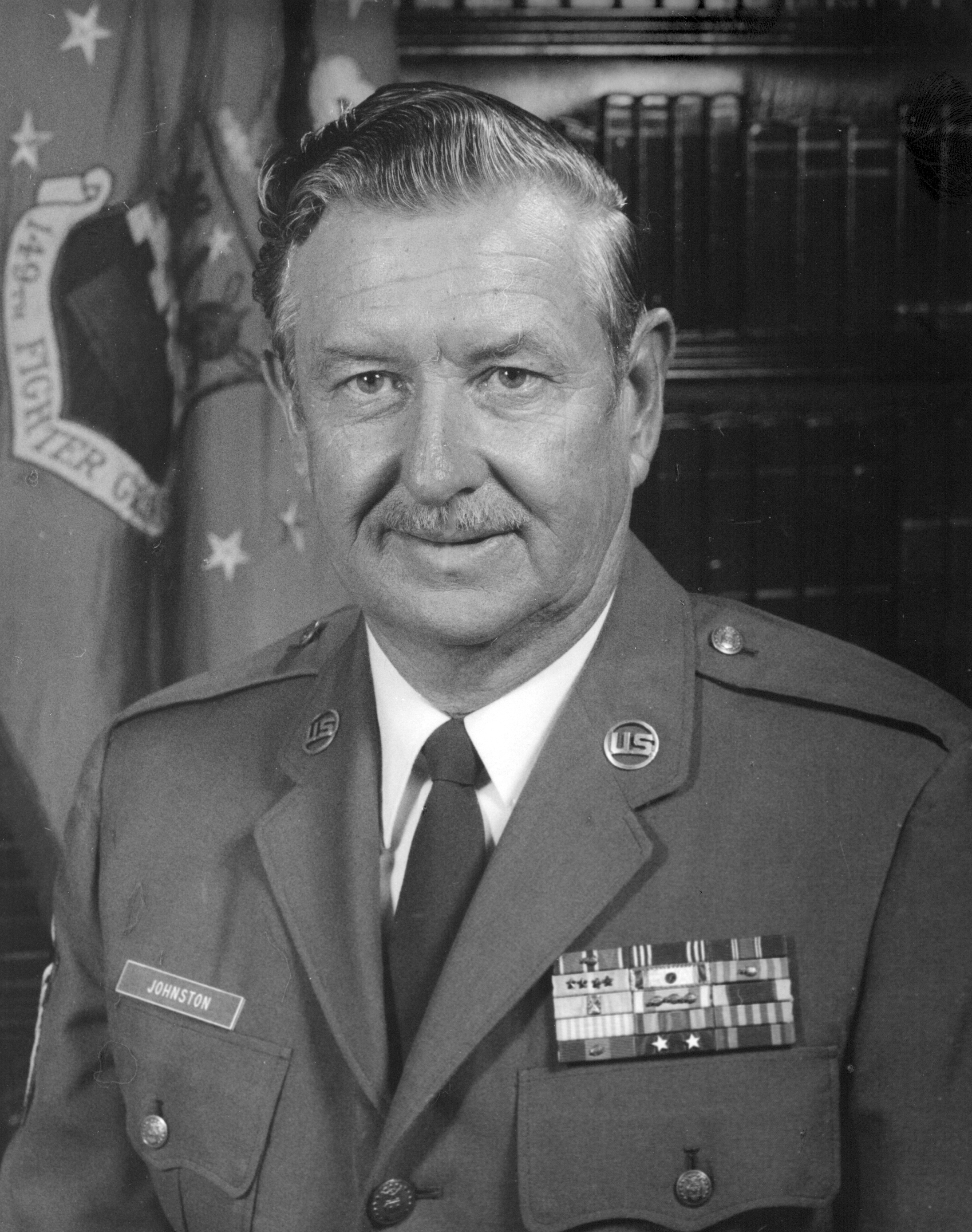