Chief Master Sergeant William C. Sivells Jr honorably served over 40 years in the United States Air Force and Texas Military Department from 3 March 1965 thru 23 June 2005. Chief Sivells continuously demonstrated the highest qualities of enlisted leadership as he ascended to the office of Command Chief Master Sergeant responsible for advising commanders on all matters impacting more than 1100 Airmen in the 149th Fighter Wing and its geographically separated units.

From the beginning of his career, Chief Sivells excelled in leadership and epitomized excellence. In 1965, he was the Red Rope student leader and graduate of the 3398th Technical Training Squadron during the Airborne Communication Technical Training Course, Keesler Air Force Base, Mississippi.

In 1982, he served as the Air National Guard liaison for the C-130 rotations at Howard AFB, Panama. Chief Sivells established policies and procedures to ensure maintenance support was available to meet mission needs for deploying aircraft. In 1985, his direct involvement in the F-16 Conversion proved key in the acceptance of jets from Active Duty units as well as accelerated technical training schedules. As a result, the unit obtained Combat Ready Status months ahead of schedule.

In 1998, Chief Sivells was critical in the Wing’s mission conversion to a Fighter Training Unit. He was selected by the Wing Commander to determine manpower requirements to meet student production, while maintaining the health of the fleet. His efforts were adopted as the standard for all FTU’s that immediately alleviated the backlog of basic qualified pilots awaiting fighter aircraft training and established methods to efficiently produce highly trained fighter pilots for the Air Force.

In 2000, Chief Sivells was selected as the Wing Command Chief and immediately began initiatives that would impact all enlisted personnel. He joined other CCM's for the formulation of the Texas Airman Leadership Seminar where Senior Airmen were introduced to not only their first level of Professional Military Education, but also to senior leaders within the state for guidance and mentorship that gave them a roadmap for their own successes. Chief Sivells developed a process for E8 and E9 selections and promotion boards as well as encouraged subordinate Groups and Squadrons to adopt at lower grades. These processes ensured Airmen were groomed for future opportunities, both military and civilian, by being comfortable in meeting boards. Chief Sivells was responsible for the transformation management of First Sergeants within the Wing by rotating to ensure no partiality or favoritism. This practice was revolutionary and later adopted by other Wings in the state. Still, this is an option for many CCM's to adopt for growth and the promotion of a more strategic vision for these future leaders.
During his tenure in 2002 through 2005, Chief Sivells had many accomplishments. However, none were more important than providing a conduit for the most junior Airmen to elevate a concern to Senior Leadership through a trusted and respected fellow Airman. He truly set the example for many to emulate in their own careers. 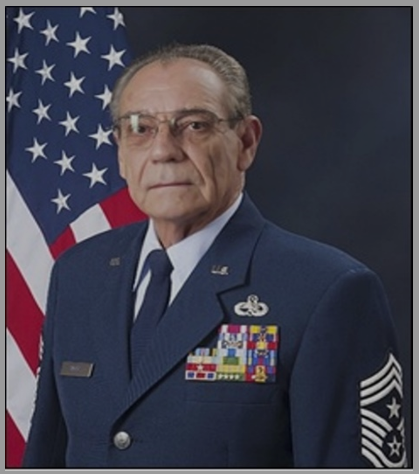