James R. Harrison was born to a military family at Fort Sam Houston, Texas on 13 July 1930. Upon graduation from high school, he began his military career by enlisting in Company B, 736th Ordnance Battalion, 36th Infantry Division, on 4 September 1947. Throughout his career, Mr. Harrison was respected both by seniors and subordinates alike. Not only did he excel in his normal duty assignments, he sought and performed additional duties in an outstanding manner. As the chief instructor of the Weapons Committee at the Texas National Guard Academy, he developed a program of instruction for the officer candidates that has never been equaled. He performed this function for 30 years, from 1957 to 1987.

A family man since he was married in 1957, he coached Little League baseball, was active in the Lanier High School Booster Club, served on the Board of Directors of the National Guard Association of Texas and was a founding member of the Warrant Officers Association. During his many activities, he always represented the Texas National Guard in a highly positive manner and was known for his dedication, initiative and positive attitude. Since his retirement from the Army National Guard, Mr. Harrison has been very active in the Cosmopolitan Club, a diabetes support organization. He retired 30 July 1990 as a chief warrant officer four from Company D, 249th Support Battalion, 49th Armored Division.

Mr. Harrison will always be remembered for his skills, cooperative attitude, perseverance, dedication to duty and his love for the state and nation. Not only did he excel as a soldier, but his activities in his community spread the word about the Military Forces of the State with many individuals considering him as "Mr. National Guard" in the community. He has set the example for many young soldiers to follow for years to come. 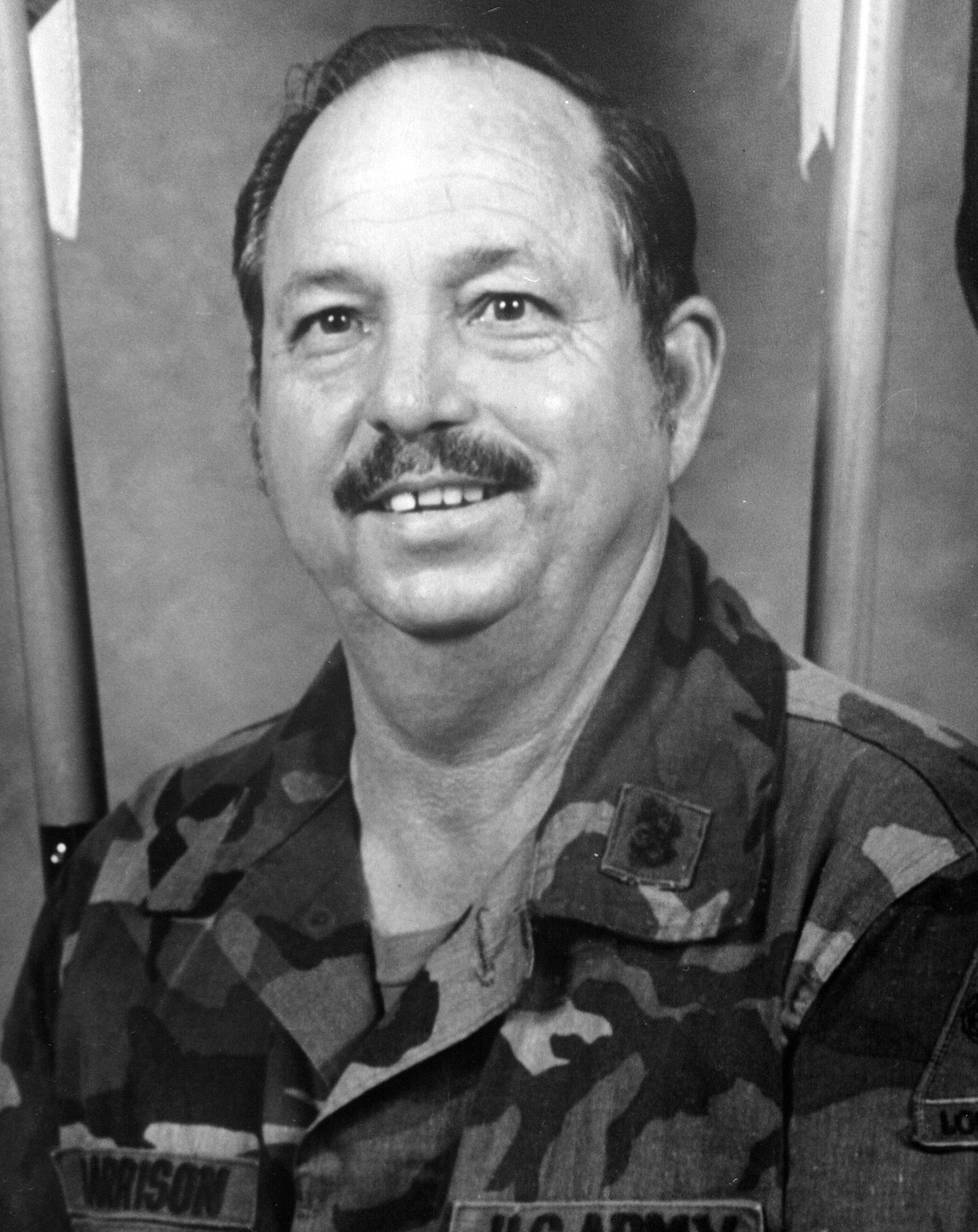