Chief Warrant Officer Four Joe Duncum enlisted in the Texas Army National Guard on June 25th, 1948 as a Private in Headquarters Company of the 36th Infantry Division, where he served as a driver, company clerk and supply sergeant. At the age of 21, he was appointed as a Warrant Officer in 1952 and served as a unit administrator with additional duties as a personnel and logistics officer.

In March of 1967, Chief Duncum was promoted to Chief Warrant Officer Four and was reassigned as a cryptographic technician to the 236th Signal Company, and would forge an alliance with III Corps, whereby active duty and guard units trained together one weekend per month. He also assumed responsibility of the 236th Army Band, with additional duty as the personnel, logistics and training officer. Chief Duncum enthusiastically welcomed difficult challenges and performed all of his tasks in an outstanding and professional manner.

In November of 1973, Chief Duncum was reassigned to the 149th MP Company as a Criminal Investigator and Training Officer. Two years later, he would find himself assigned to the state headquarters serving as the Headquarters Detachment Personnel Technician and the Class A Agent for the TXARNG Academy.

In September of 1983, Chief Duncum was reassigned as a Unit Supply Technician and worked extensively with the National Guard Bureau's Command Logistics Review Team to ensure Texas Army Guard units were in compliance with Department of the Army logistics policy, procedures and regulations. He also represented the USPFO for Texas at Camp Ethan Allen, Vermont when Texas guardsmen trained with their peers from Great Britain and Europe and coordinated logistical support for the Battalion, 141st Infantry Battalion's annual training at Camp Ripley Minnesota.

Throughout his nearly forty two years of military service, Chief Warrant Officer Four Duncum demonstrated the highest degree of technical competency in the fields of food service, personnel administration and logistics management and trained and mentored many Warrant Officers who are serving as supervisors today. 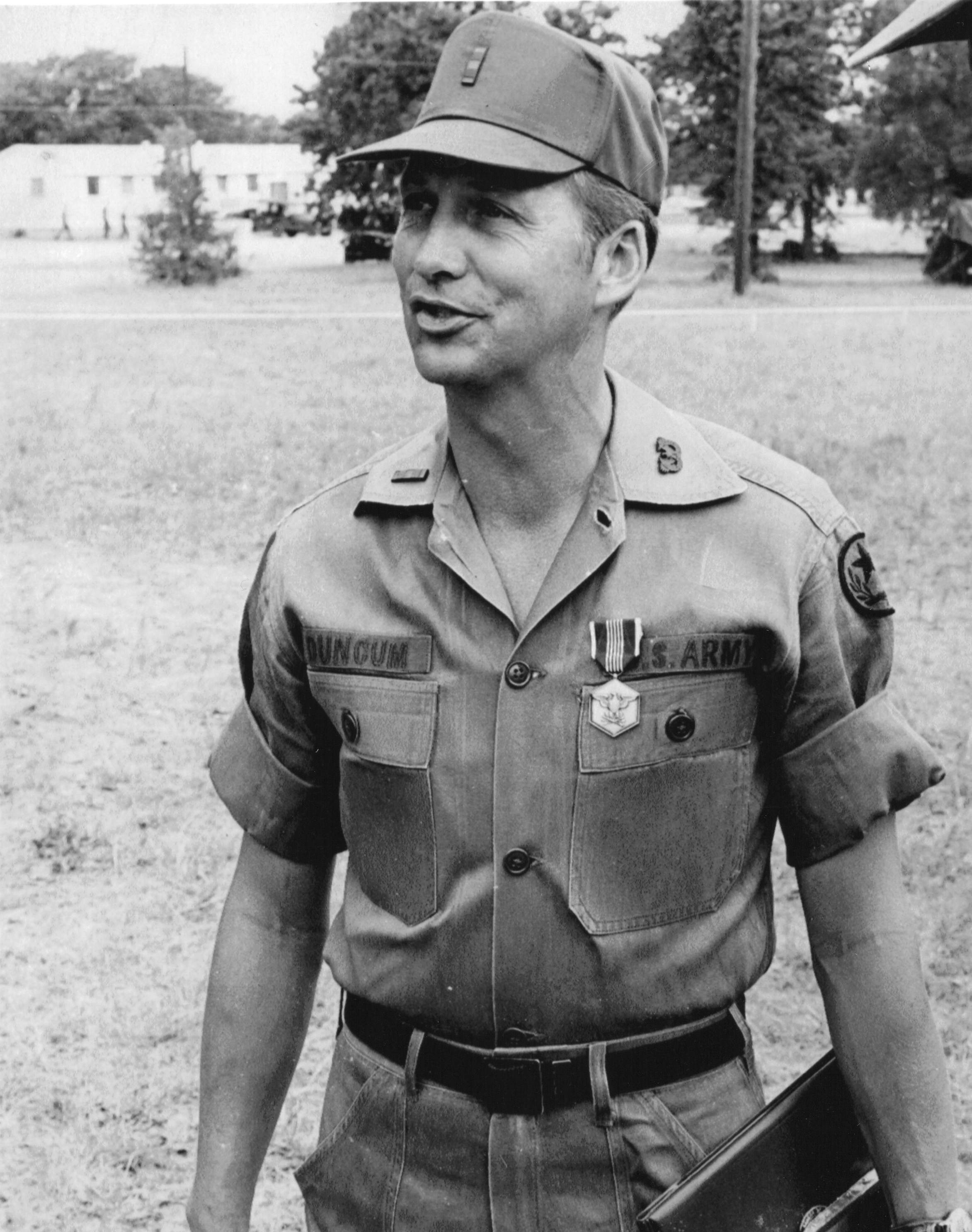