Colonel Blucher S. Tharp was born in Springdale, Kansas, 9 May 1892 and attended school in Springfield, Missouri. He then made his home in Amarillo, Texas.

He enlisted in Troop B, 1st Texas Cavalry on 2 July 1916 and saw service on the Mexican border. He was mobilized with the 36th Infantry Division for World War I as a member of Battery B, 131st Field Artillery and rose through the ranks to Regimental Sergeant Major of the 131st Field Artillery Regiment. He attended the third Officer Training Course at Camp Bowie, Texas, and was commissioned a second lieutenant on 1 June 1918. He was released from active duty on 9 January 1919. He joined the 131st Field Artillery on 4 February 1924, serving in various assignments culminating with his assignment as Battalion Commander, 1st Battalion, 131st Field Artillery as a Lieutenant Colonel on 12 August 1940. After the mobilization of the 36th Division for World War II. he was placed in command of the 2d Battalion, 131st Field Artillery and took that unit overseas to the Pacific theater on 21 November 1941. His unit was diverted from the Philippines when Pearl Harbor was attacked and finally landed on the island of Java, Dutch East Indies. He and his entire battalion were taken prisoner when the Dutch surrendered to the Japanese.

His battalion became known as the "Lost Battalion" as they remained prisoners of the Japanese until the end of the War. He was promoted Colonel while still a prisoner and upon his return remained in the active army until his retirement in 1947. Of the original 800 members of his battalion, only 300 survived.

He was a fine leader, loved and respected by his men and his community. Among his many decorations were the Bronze Star, Purple Heart and the Presidential Unit Citation with three clusters.

He passed away after a long illness on 12 November 1954 but his memory lingers on at the Tharp Memorial U.S. Army Reserve Center in Amarillo. A dedicated Guardsman, citizen and true patriot best describe this splendid soldier. 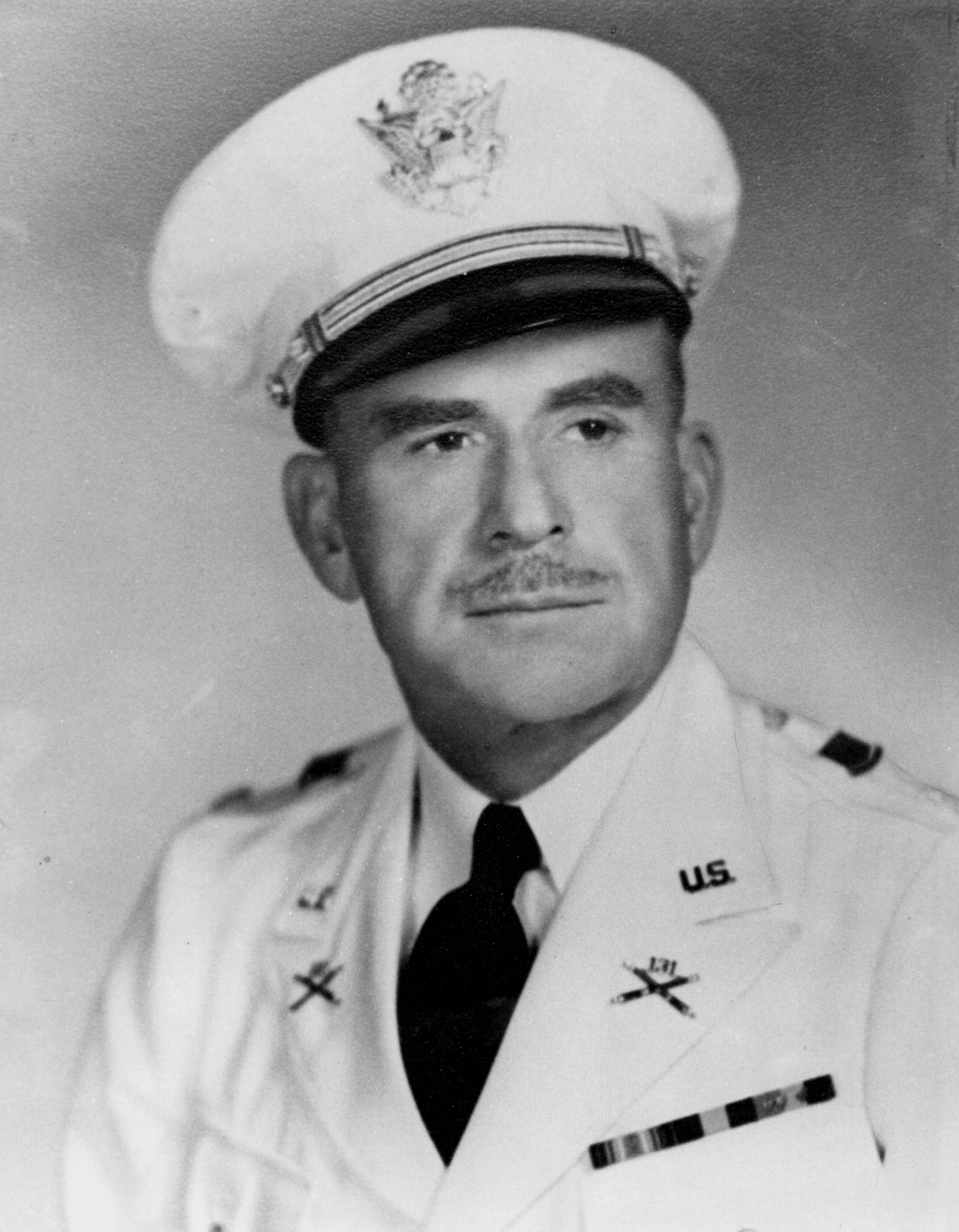