Colonel Blackshear enlisted in the USAF 09 Aug 1948 and rose to the rank of Technical Sergeant as an A & E mechanic maintaining the T-6 trainer and the F-51 Mustang fighter aircraft. After three years of architectural engineering studies at the University of Texas he received a commission in the Texas Air National Guard 6 June 1956 to attend pilot training, finishing at the top of his class. He accumulated 3,639 hours of flight time in all-weather fighter interceptors, tactical fighters and support aircraft. Command Pilot status proved invaluable for expediting events, especially many life-saving mercy missions. His military education courses include: Basic and Advanced Pilot Training; Advanced Instrument Pilot Training; Base Civil Engineering; Air Crew Familiarization; Military Management, Environmental, and Employment; ADC Support Training and Life Support Training School; ANG OJT Trainers/Supervisor Orientation; Fire Protection Orientation; Industrial College of the Armed Forces; and the Air Command and Staff College. He became the Base Civil Engineer 1 December 1958.
Colonel Blackshear's work ethic is mission oriented as evident in unmatched performance as the Air Technician Base Civil Engineer and commander of, the 149th Civil Engineering Squadron that maintained a C-l combat ready status. His base master planning proved invaluable setting standards, cutting costs, and building state of the art facilities. Colonel Blackshear's design of a first of its' kind mobile hydraulically operated thrust frame supporting an engine test stand to provide safe change-over for use with a unique noise suppressor with either aircraft or engine, earned him the prestigious Texas Minute Man Award. His design of a highly specialized foundation and appurtenances for the first "Hush-House", a jet engine testing facility, resulted in building an additional 126 Air Force wide. All incorporated a replica of his thrust frame. He also is credited with the design and construction of the first military Non- Destruct Inspection Laboratory in which high-intensity x-rays detect imperfections in metal. Colonel Blackshear chaired a select group of Base Civil Engineers to develop a mission directive for a Civil Engineer Emergency Force. The resulting document is Air Force Instruction 10-210. It provides for skilled "Prime Beef' teams to be in place worldwide within 72 hours. For state employees, he developed a Career Progression Ladder which resulted in adoption of Senate Concurrence Resolution #08 effective state-wide. Colonel Blackshear served the National Guard Bureau during three one year terms as Chief Engineer of the ANG Civil Engineers Association. His final position with the Texas ANG was as Director of Plans, State Headquarters where he was promoted to Colonel receiving the Meritorious Service Medal. He retired from the Texas Military Forces on 31 March 1986.
Colonel Blackshear's strong morale and religious convictions are well known and in his own words: "I have reverential appreciation for the opportunities with which I have been blessed knowing that I am not alone in my efforts." An avid Barbershopper, (Chordsmen - National Champions), Marilyn, his best friend and wife, sings with the Friday Singers in nursing homes. 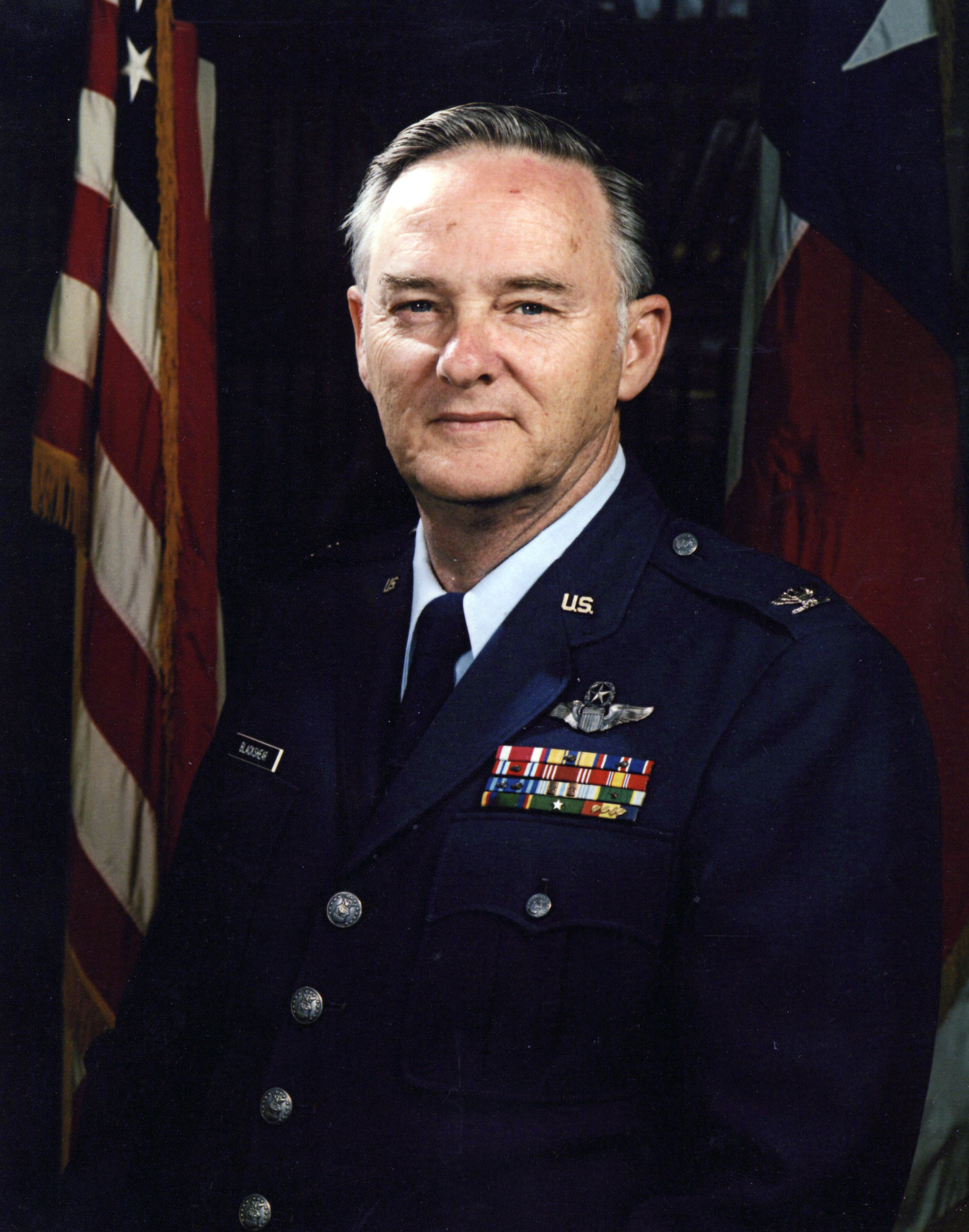