Immigrating to Texas in June 1836 at the age of 21, Ford joined the Texas Army obtaining the rank of 1st Lieutenant before leaving the service in 1838 to become a practicing physician in San Augustine, Texas. In 1844 he was elected to the Texas House of Representatives. During his tenure, Ford introduced the resolution accepting Texas' annexation to the United States.Following his term in the Texas Congress. Ford became editor of the Texas Democrat, published in Austin, and was later part owner in the newspaper.
With the outbreak of the Mexican-American War. Ford resume his military career serving as the adjutant of Colonel Jack Hay's regiment of Texas Rangers. It was during this period that he won his nickname "RIP" as a result of his habit of writing "Rest in Peace" at the stat of letters to the next of kin of soldiers who perished in the conflict. Ford also commanded a spy company during the war, receiving a commendation for gallantry from General Joseph Lane.
Following the war with Mexico, Ford helped forge a trail between San Antonio and El Paso, prior to commanding a company of Texas Rangers battling Indians along the frontier before being elected to the Texas State Senate in 1852 and reentering the newspaper business in 1857 as publisher of the State Times. In 1858 Ford took command of Texas Rangers charged with halting attacks on North Texas by the Comanche. Ordered by the Governor to take the war to the heart of the Comanche territory, Ford led his men north of the Red River, fighting and winning a decisive victory on the banks of the Canadian River. No sooner did Ford bring a degree of stability to the northern border , than he was ordered to the Rio Grande to deal with the depredations of Mexican bandits commanded by Juan Cortina. Working alongside the Regular United States Army, Ford's Rangers successfully drove Cortina's forces south of the border.
In 1861 Ford served as a member of the Secession Convention that withdrew Texas from the Union and brought it into the Confederate States of America. Dispatched to the Rio Grand to take possession of all military posts along the river and oversee the terms of surrender agreed to between Texas and the commander of the U.S. forces in the state. Ford deftly carried out his duties in such a way as to succeed in his mission without provoking the outbreak of war. After the firing on Fort Sumter initiated the War Between the States. Ford held various position in the Texas Sate Troops, including command of the 2nd Texas Cavalry and the Rio Grande District. In 1862 he was appointed Commandant of Conscripts and charged with enforcing the Confederate conscription act- a delicate task which he preformed successfully and with great tact. When Federal troops seized control of the Rio Grande in November, 1863 Ford was ordered to assemble a force to drive the invader from Texas soil. Creating his Cavalry of the West from draft-exempt citizens too old or too young for regular service, Ford waged a bold campaign that recaptured all of the Rio Grande Valley and exiled Union troops to Brazos Island just off the coast. When Federal forces advanced onto the mainland in May of 1865, Ford orchestrated their defeat at Palmetto Ranch, winning the last land battle of the Civil War.
Rip Ford resisted calls to wage a guerrilla war against the United States and gracefully accepted the verdict of the conflict's outcome. In 1868 he became editor of the Brownsville Sentinel and in 1872 was a delegate to the Democratic Party's national convention. In 1873 Texas elected Democrat Richard Coke as governor, ending Republican Reconstruction rule and setting off a major political firestorm that might have plunged the nation back into Civil War. Rip Ford took command of local military forces in Austin and through the force of his leadership prevented violence until a political solution to the crisis was found. In 1874, Ford was elected mayor of Brownsville. The next year he was a delegate to the Texas Constitutional Convention of 1875, going on to serve in the Texas Sate Senate from 1876 to 1879, when was appointed superintendent of the Deaf and Dumb School in Austin. In this capacity Ford proved and able and innovative administrator, doing much to improve the school and advancing it's treatment of students. He died in San Antonio in November of 1879. 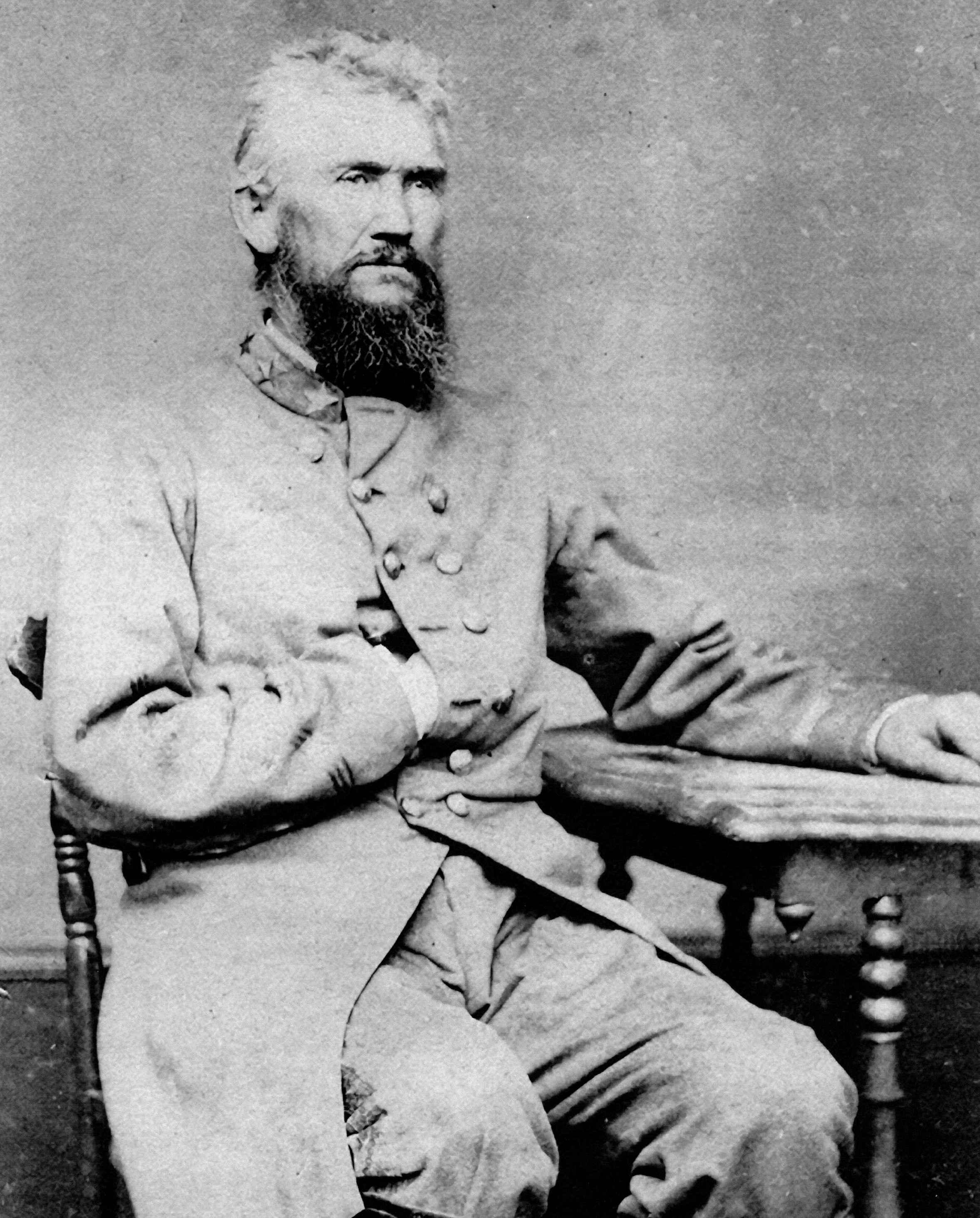