Colonel Timmy L. Hines began his military career by enlisting in the Texas Army National Guard in June 1965, serving honorably for over 33 years. He received his commission for the Texas National Guard Academy's Officer Candidate School in 1968. Expecting to be sent to Vietnam, then 2nd Lieutenant Hines, volunteered for and was accepted entrance on Active Duty in the summer of 1969. While at Ft. Sill, Oklahoma, attending the Field Artillery Officers Basic Course, he requested Rotary Wing training and was accepted one year later on 04 December 1970. Shortly thereafter, he reported to B Troop, 7th Squadron, 1st Air Cavalry Regiment in the Republic of Vietnam. While there he served with courage and valor as a Scout Pilot earing the Distinguished Flying Cross.

He returned to the Texas Army National Guard and was immediately placed in command of an Armored Cavalry Troop (F, 124th CAV). This unit, which was split into three locations and was considered to be in great need of attention and a difficult mission. In less that a year then Captain Himes regrouped, revitalized and redirected the unit to an outstanding readiness rating. The unit was reorganized to Company B 111th Engineer Battalion. As the Commander, he was responsible for its very smooth, successful, and quick transition from and Armored Cav Troop to an Armored Combat Engineer Company, while retaining the unit's strength and high morale. This was the start of a distinguishable career of an exceptional individual.

Colonel Hines eventually made it back to Aviation where he was assigned in Austin. Over the next several years, Colonel Hines progressed thorough several staff positions to include Operations Officer and Executive Officer and ultimately the Commander of the 149th Aviation Battalion in 1985. Throughout each assignment, Colonel Hines was dedicated to the training, readiness, and safety of the Soldiers assigned to his units. His initiative, high standards, problem solving abilities, superb communication skills, and positive attitude all greatly contributed to superb readiness and safety ratings of the entire Texas Aviation program. In 1985 he recruited the Texas National Guard's fist female aviator and ensured the continued growth of female aviators by recruiting several women and promoting their attendance at Flight School.

In 1994, Colonel Hines was assigned as the Commander of the 111the Area Support Group where he successfully coordinated numerous major unit reorganizations and accomplished overseas deployments to Europe enhancing rapport and interaction with Active Duty counterparts for real-world missions. During this time he continued to aggressively seek diversity within his command and afford equal opportunities to qualified officers, which resulted in him placing eight female company and field grade officers in command positions. Colonel Hines continued to serve as a Staff officer, Chief of Staff and Director overseeing the readiness, training, inspection programs, and successful unit preparedness and redeployments from overseas. 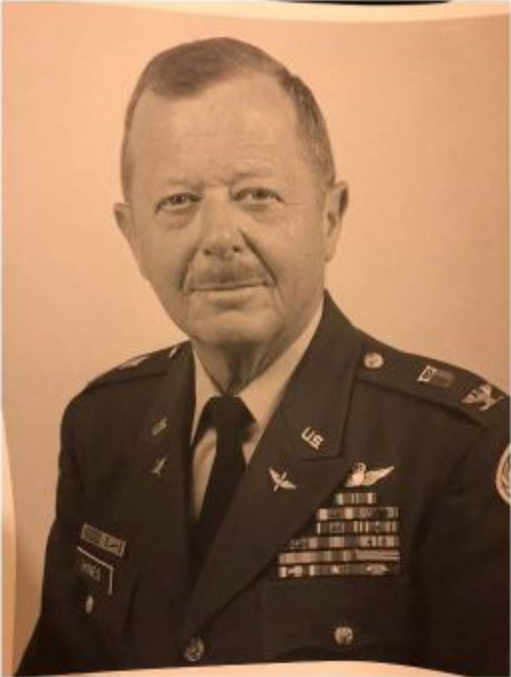