CSM Clyde Worrell was born in McClennan County, Texas, on July 4, 1946. He entered the Texas National Guard in September 1965 and was assigned to Company A, 3-143rd Infantry (ABN), as an 11B, Infantryman. He served as an airborne infantryman, mortar crewman, mortar squad leader, and finally as Mortar Section Sergeant. In 1969 he was reassigned to the 3-144th Infantry (MECH) as the Battalion Ammunition Sergeant. In October 1971 he was reassigned as Platoon Sergeant and later First Sergeant. In October 1973 he was reassigned to 5-112 Armor as First Sergeant, Company A, a position he held for eleven years, first in an infantry MOS and later in an armor MOS. In March 1984 he became Operations Sergeant Major for the 5-112 Armor. In June 1988 he was reassigned as Operations Sergeant Major of 7-112 Armor. From July 1988 to Jan 1989, he attended the US Army Sergeants Major Academy at Fort Bliss, Texas. In May 1991, he was reassigned as the Operations Sergeant Major of 4-112 Armor. In July 1993, he was appointed State Command Sergeant Major, a position he held for over twelve years.
During his time as State Command Sergeant Major, the Texas National Guard evolved from a strategic reserve force to an operational force forward deployed in multiple combat roles. As mobilizations began and deployments multiplied, CSM Worrell was instrumental in ensuring the NCO Corps of the Texas National Guard was trained and ready to assume its leadership role in defense of the nation and mobilized in its service. His wise counsel to the four adjutants general whom he served as senior enlisted adviser was invaluable. Throughout his twelve year tenure in that role, he traveled the state widely, as well as journeying overseas, to ensure that the health, welfare, and morale of the soldiers entrusted to the care of its NCO Corps was always uppermost in the minds and actions of their leaders. His personal leadership and competency was nationally recognized, as he served on the National Guard Bureau's CSM Advisory Council as a member, secretary, and president of that body.
CSM Worrell is the recipient of the Legion of Merit, the Meritorious Service Medal with one oak leaf cluster, the Army Commendation Medal with three oak leaf clusters, the Army Achievement Medal with three oak leaf clusters, and the Army Good Conduct Medal (sixth award). State awards include the Lone Star Distinguished Service Medal, the Texas Outstanding Service Medal, the Texas Medal of Merit, and the Texas Faithful Service Medal.
CSM Worrell has been an active participant in professional associations such as the Enlisted Association of the National Guard of the United States (EANGUS) and the National Guard Association of Texas (NGAT), and was awarded NGAT's highest individual award, the Minuteman Award, in 1977.
CSM Worrell's exemplary performance of duty and demonstrated leadership set him apart as one of the finest Guardsmen the state of Texas has produced, and secures him a lasting legacy in the history of the Texas National Guard. 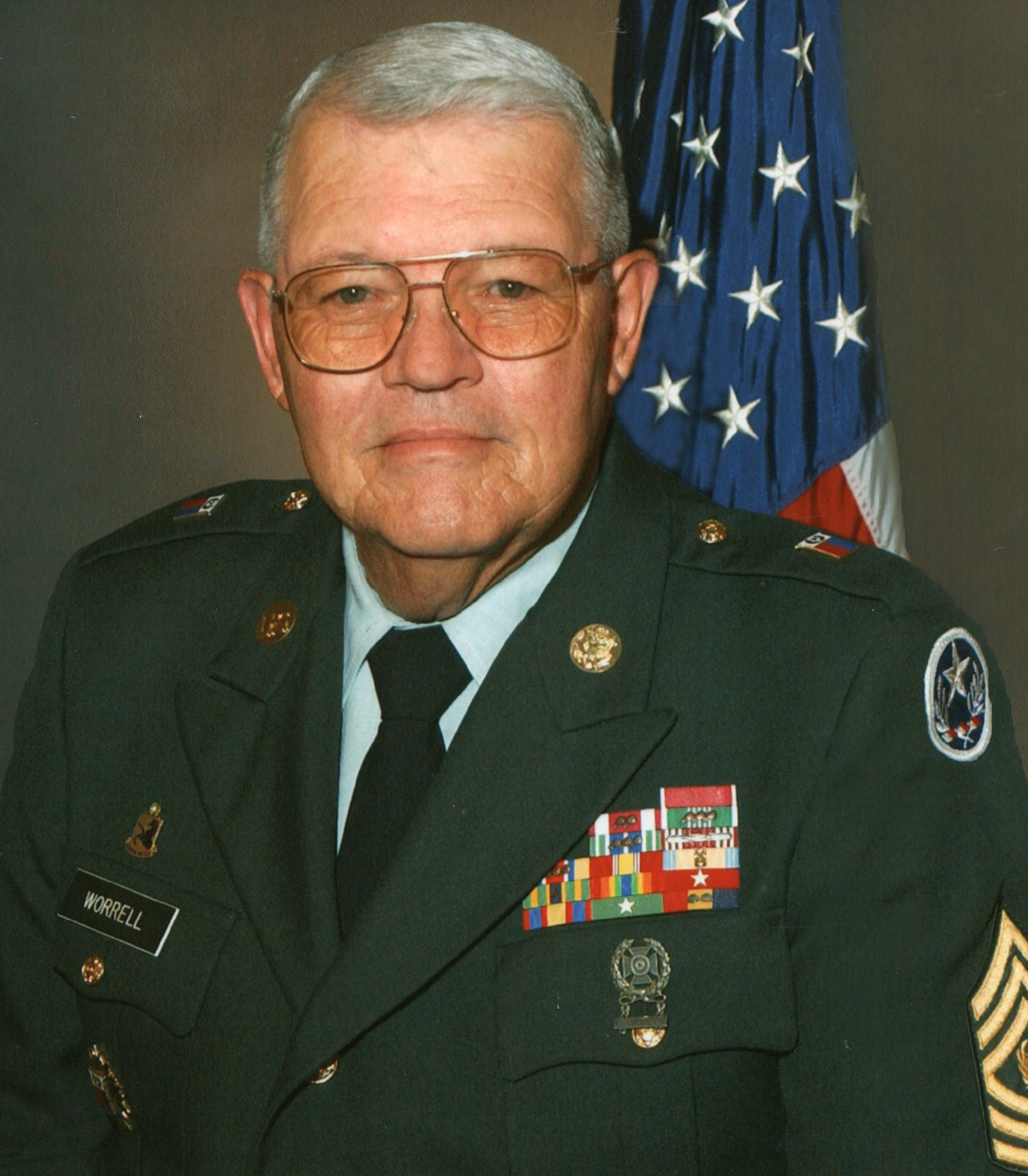