Command Sergeant Major Douglas O. V. Rives was born in Twitty, Texas on 3 October 1923. He graduated from Kelton High School, Kelton, Texas, on 31 May 1941 and began his military career on 23 February 1943 when he entered active duty with the US. Army during World War II.

As a true "Citizen Soldier", he has been active in his community, serving on various community projects, Boy Scouts of America, and in the Kiwanis. Since his retirement, he has served as Mayor of Shamrock, Texas, and has maintained contact with the Texas Guard and NGAT.

In recognition of his long and dedicated service, CSM Rives has' been awarded the Combat Infantry Badge, Bronze Star for Valor, the Lone Star Distinguished Service Medal, numerous other federal and state awards and serves as the honorary command sergeant major of the 142d Infantry Regiment.

This splendid soldier has served his state and nation in a clearly exceptional manner worthy of emulation by all citizens and soldiers of the State of Texas. 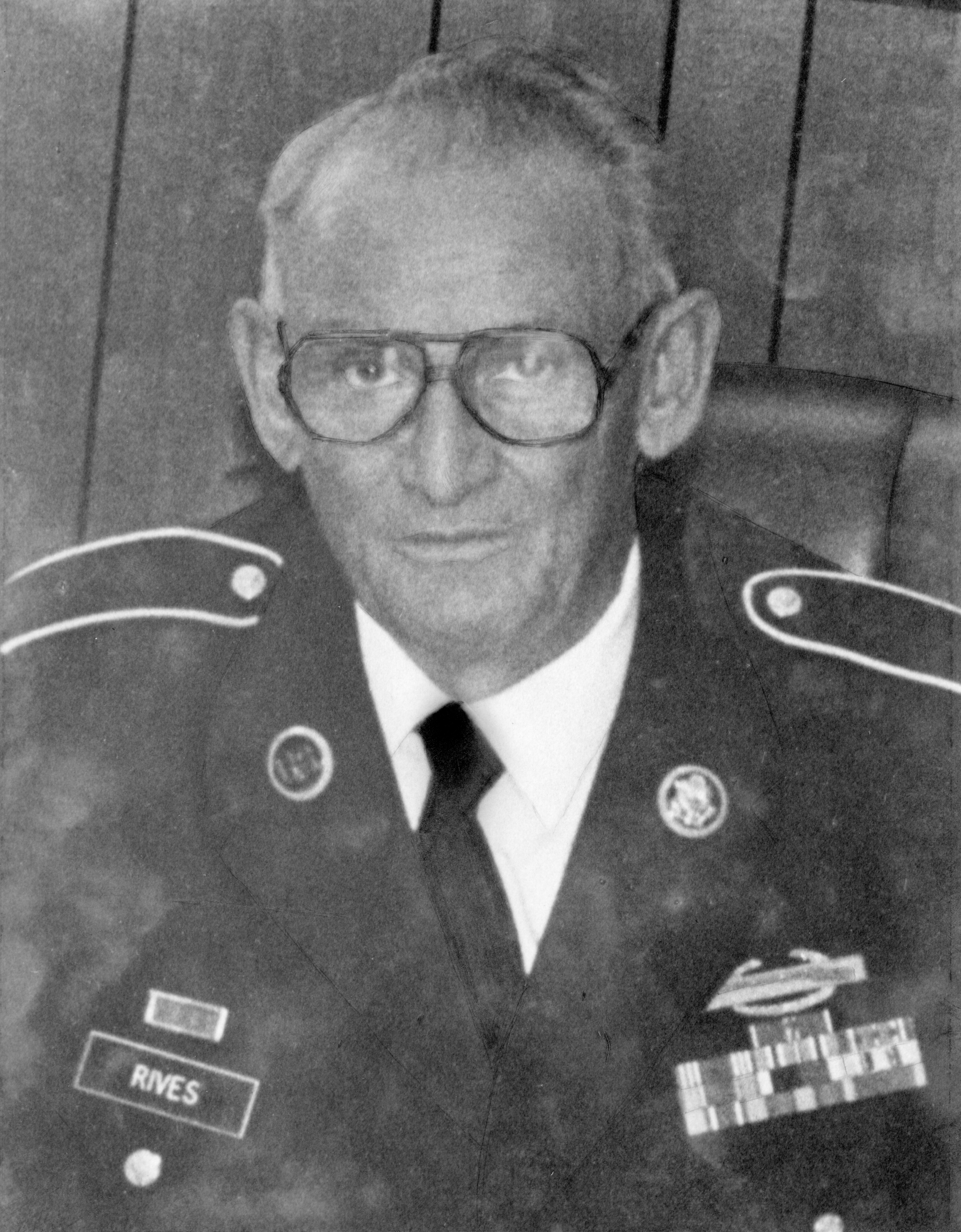