Command Sergeant Major Ernest R. Nero, Texas Army National Guard, distinguished himself by exceptional service to state and nation during the period 7 March 1942 to 31 December 1980. He enlisted in the U. S. Army on 7 March 1942 and served in the Asiatic-Pacific theater of operations participating in landing operations and in the occupation of Okinawa. He was released from active duty on 7 January 1946 and enlisted in the Texas Army National Guard on 3 April 1947, with assignment in the State Headquarters and Headquarters Detachment. He served with distinction in various assignments including Disbursing Specialist, Administrative Specialist, and Finance Operations NCO. On 1 August 1970, he was promoted to Command Sergeant Major serving as the principal enlisted assistant to the Adjutant General of Texas. He further distinguished himself when he became the first Guardsman to complete the Sergeant Major and Operations Sergeant Course, U. S. Army Command and General Staff College, on 13 March 1969.

During his long and dedicated period of service, CSM Nero's high standards of performance, ability to direct and supervise enlisted personnel and unselfish contribution of his time and efforts made him a valuable asset to the Army National Guard and the State of Texas, and serves as a testimony of his loyal and dedicated service and love of country. 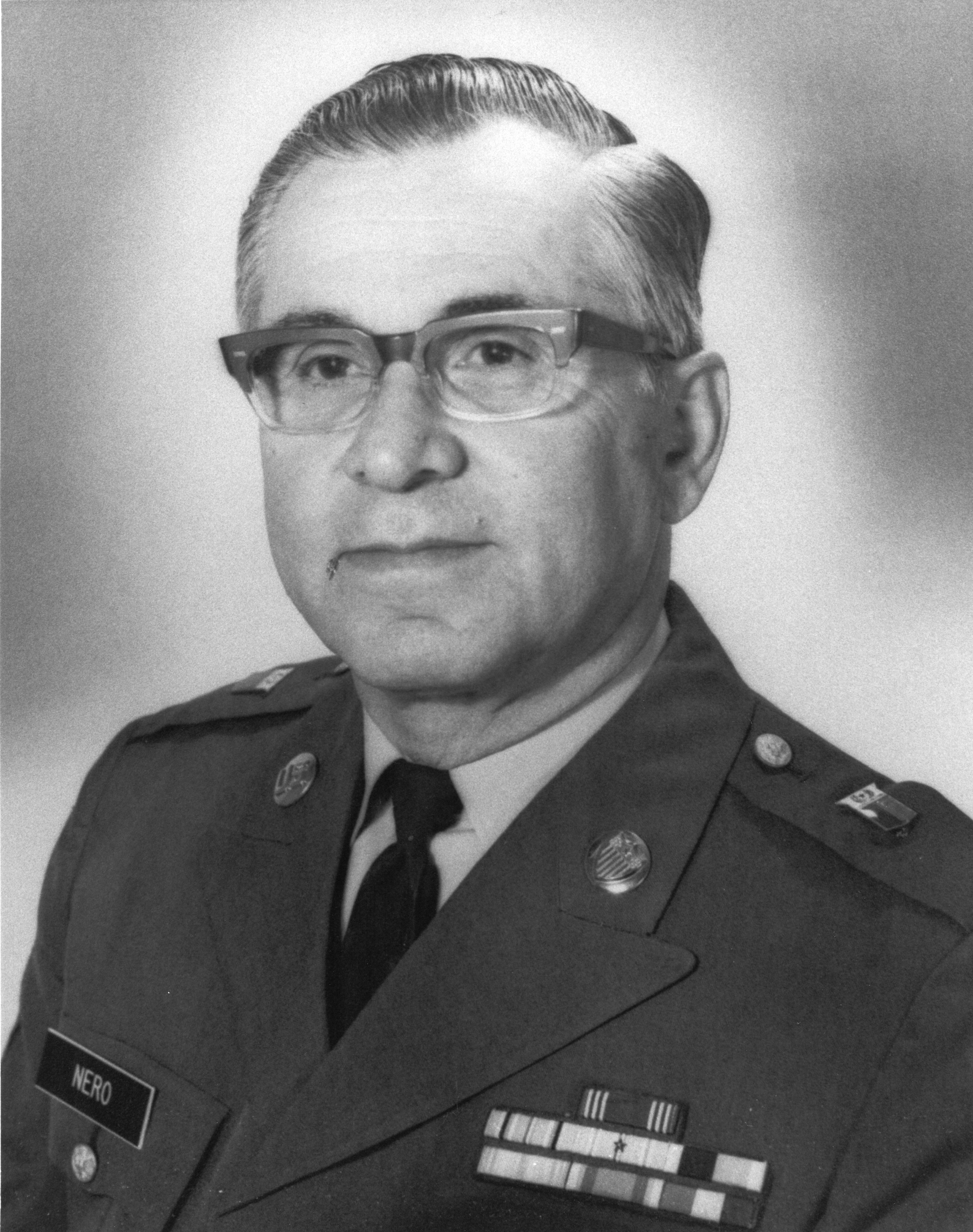