Command Sergeant Major Maggie McCormick entered the Texas Army National Guard in August 1977 as an Administrative Specialist and was assigned to the State Headquarters and Headquarters Detachment. This marked the beginning of a lifetime of service and achievement within the Texas Army National Guard. She served as Administrative Specialist, Personnel Sergeant, and First Sergeant prior to 1993 when she was reassigned to HHC, 49th Armored Division Gl, Chief Personnel Sergeant, notably as the first female Sergeant Major to hold the position. In 1997 she returned to HQ, State Area Command where she served as the Chief Personnel Services Sergeant for Gl while simultaneously serving as a Command Sergeant Major for 149th Personnel Services Battalion. She was then transferred to 71st Troop Command to serve as the CSM while concurrently serving as the J1 Personnel SGM at JFHQ.
CSM McCormick epitomizes what it means to be a trailblazer. Through her work ethic, tenacity, and leadership abilities, she was the first Hispanic female to attain the rank of Sergeant Major in the Texas Army National Guard. Simultaneously, she was the first female to attain the rank of Sergeant Major in the TXARNG AGR Program. She was among the first deployers post 9-11 when, as the Command Sergeant Major of the 149lh Personnel Services Battalion, she led the unit into the battlefield — her expert leadership ensured the safety and proper training of Soldiers in an environment none had previously experienced.
During her career in the personnel field, Command Sergeant Major McCormick was known as an ultimate professional and Soldiers' advocate. Her superior knowledge of personnel services contributed exponentially to the success of the organization. She implemented measures that streamlined personnel action processing throughout all levels of the Texas Army National Guard. She was fierce in her expectations of those working in the personnel community; she demanded excellent care for Soldiers, their records and their official data. Her skillful organization of processes directly impacted the mobilization of Soldiers throughout the state and ensured a phenomenal operating force prepared to fulfill deployment missions.
CSM McCormick frequently traveled throughout the state visiting subordinate units to ensure the competency of the personnel force. She visited with all Soldiers regardless of rank and assisted in resolving their issues. She unselfishly dedicated many, many off-duty hours of her time to ensure the health, welfare and morale of all Soldiers in the Texas National Guard was high.
CSM McCormick is the recipient of the Legion of Merit, the Meritorious Service Medal with two oak leaf clusters, the Army Commendation Medal with two oak leaf clusters, the Army Achievement Medal, the Army Good Conduct Medal (10th award). State awards include the Lone Star Distinguished Service Medal, the Texas Outstanding Service Medal, the Texas Medal of Merit, the Adjutant General's Individual Award (2nd award), and the Texas Faithful Service Medal (4th award).
CSM McCormick's exemplary performance of duty demonstrated a level of leadership capabilities that set her apart as one of the finest Guardsmen in the State of Texas and secures her a lasting legacy in the history of the Texas Army National Guard. 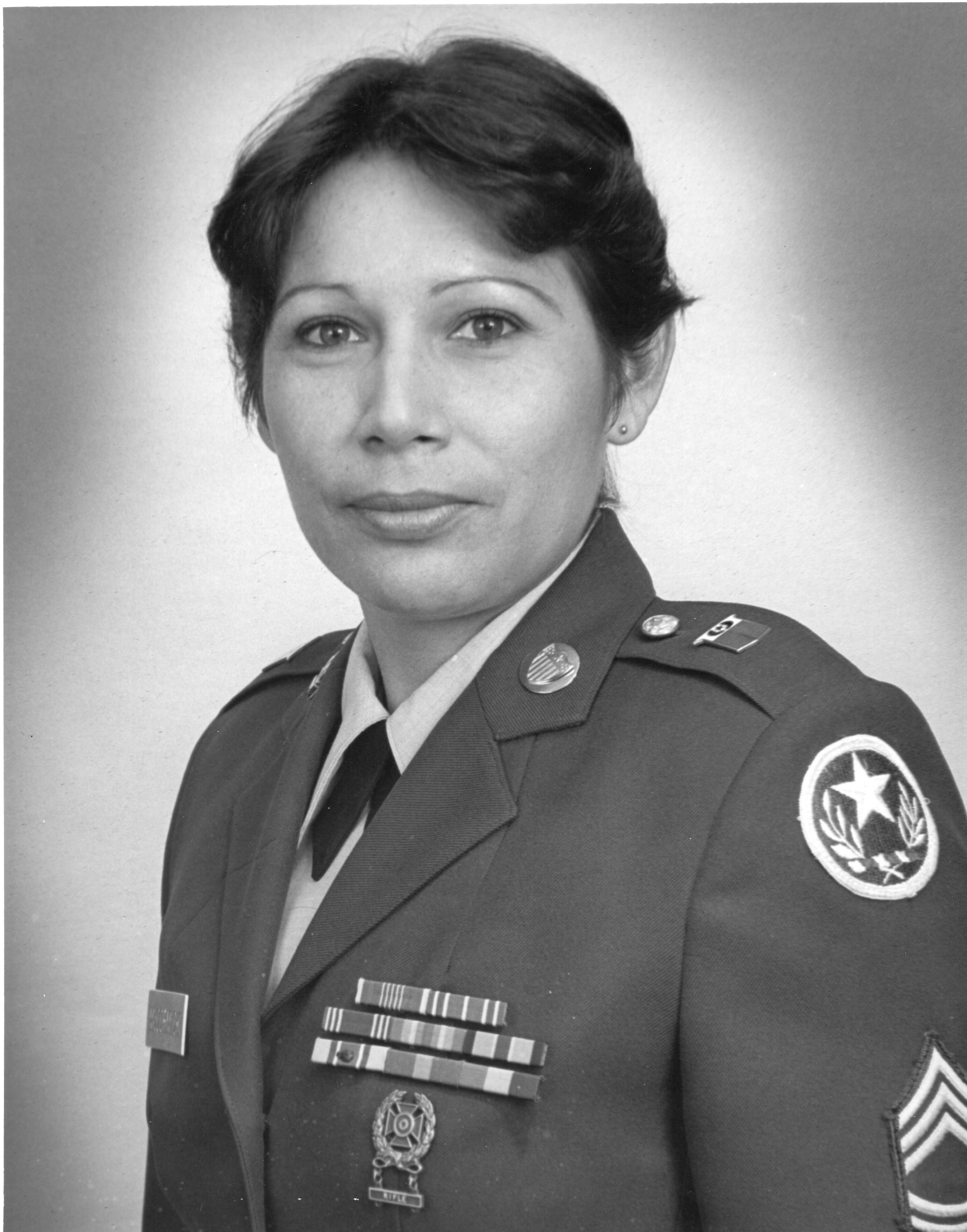