Command Sergeant Major Raul Ortega was born on 20 August 1929 in Mercedes, Texas. He attended and graduated from high school in Weslaco, Texas.

Sergeant Ortega began his military career in August 1948, when he enlisted in the United States Army. He served in Japan from July 1949 to June 1950, and in Korea from July 1950 to June 1951. He saw combat as an infantry sergeant in Korea, and was awarded the Silver Star Medal for gallantry.

On 1 May 1952 he was honorably discharged from active service and was in the inactive reserve for three years. On 10 July 1955, he enlisted in Company C 1st Battalion, 112th Armored Cavalry Regiment (Light) in Brownsville.

In 1956, Sergeant Ortega began working for the Texas Army National Guard as a unit administrator. He served in that capacity until he was mobilized with Company A 4th Battalion, 144th Infantry on 15 October 1961 for the Berlin Crisis. He was released from active duty on 9 August 1962, and remained a military technician with his unit and was promoted to first sergeant. In January 1968, the unit was redesignated as Company A 3d Battalion, 141st Infantry. On 17 July 1963, he transferred from the Texas Army National Guard to the Washington Army National Guard.

Sergeant Ortega returned to Texas in February 1969, and enlisted in Company C 2d Battalion, 141st Infantry, taking an administrative reduction to sergeant first class. He was again employed on a full-time basis as an administrative supply technician. In 1971 he transferred to Headquarters Company 2d Battalion and was promoted to first sergeant. In 1972, Sergeant Ortega became the battalion's intelligence sergeant and the full-time operations, training and readiness specialist. During his tenure as intelligence sergeant, he attended COMSEC Courses at Fort Gordon, Georgia, the United States Air Force Air Ground Orientation Course at Eglin Air Force Base, Florida, and the 49th Tactical Intelligence School at Fort Hood, Texas. He was promoted to command sergeant major on 17 May 1981.

He continued to serve his state and nation until his retirement on 10 November 1985. During his 33 and one half years of service, he received numerous Federal and State awards and decorations to include the Lone Star Distinguished Service Medal, the Silver Star, the Purple Heart, the Korean Service Medal with five battle stars and the Combat Infantryman's Badge.

Sergeant Ortega contributed immeasurably to the readiness of each unit he served in and as a member of the board of directors of the National Guard Association of Texas. His dedicated service in war and in peace exemplifies the Spirit of the Minuteman and sets an excellent example for all Americans to follow. 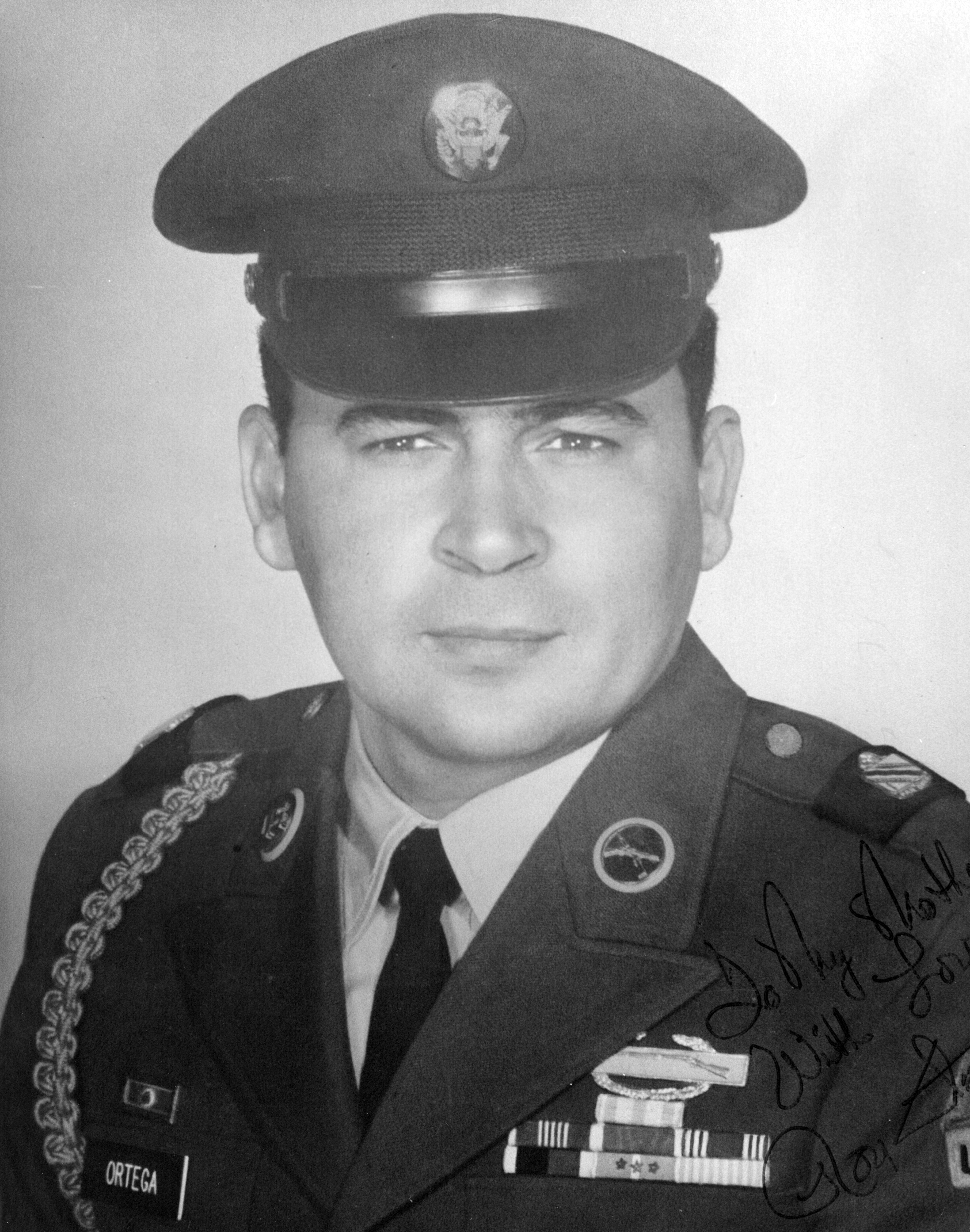