Lieutenant Colonel Albert C. Lloyd Jr. distinguished himself by faithful and meritorious service as a member of the Texas Air National Guard from 25 January 1961 to 1 September 1995. His military career began on 9 July 1956 when he enlisted in the United States Air Force. He is a graduate of 33 enlisted and officer courses and holds 27 federal and state military medals and decorations. His assignments include unit, state, and National Guard Bureau levels. His final active assignment was as Director, Military Personnel and Data Systems, Adjutant General's Department from April 1977 to August 1995. During his 39 year military career, in addition to his official military assignments, Colonel Lloyd also served as Clerk to the Texas Court of Military Appeals where his exceptional knowledge of military administrative and personnel systems insured that all appeals were expeditiously and correctly processed and finalized.

He developed and established the Advanced Personnel Data Systems II program which resulted in major contributions to the effectiveness of Air National Guard personnel resources. His knowledge of computer systems resulted in the development and validation of over 100 computer products for use on a nationwide basis for use in implementation of personnel management programs. His vision served as the gateway to how the Texas Military Forces does business today. Colonel Lloyd implemented and managed the awards and decoration program for all Air National Guard Judge Advocates and Paralegal personnel and contributed in obtaining and designing computer products to report pertinent awards information. His support of both the Texas and National Guard Bureau's Counter Drug programs was invaluable in the development and processing of all Air National Guard personnel matters.

Since his retirement, Colonel Lloyd has been an active volunteer at the Texas Military Forces Museum where he has assured proper representation of Texas Air National Guard activities collecting and cataloging numerous historic materials, photographs and artifacts donated by active and retired Air Guard personnel. He served as President of the Texas Military Forces Historical Foundation. Colonel Lloyd's high profile leadership in statewide and national level capacities has influenced the careers of thousands of National Guard members, instilling pride, productivity, and commitment in each. His long standing record of being the first among equals in the fields of Information Management, Manpower and Personnel have made his legacy of service unparalleled. 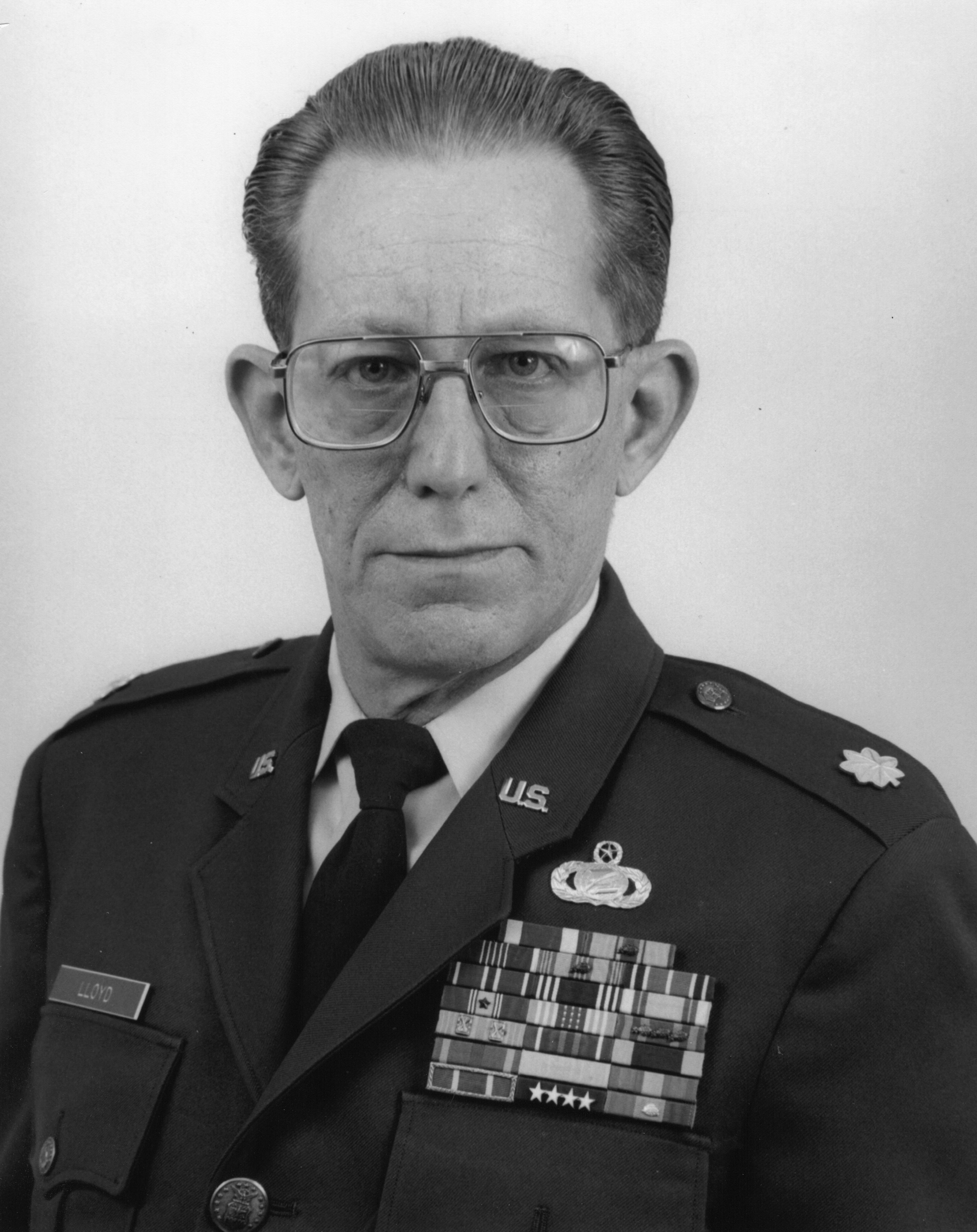