Lieutenant General Daniel James III was born in Tuskegee, Alabama, on September 7, 1945. He earned his commission as a distinguished graduate of the University of Arizona's Air Force ROTC program in 1968, and served as the Adjutant General of Texas from November 1995 until June 2002. He was appointed as the Director, Air National Guard, in 2002, and then promoted to Lieutenant General on June 3, 2003. He retired on June 5, 2006, after four eventful years as the the Director of the Air National Guard.

Prior to his appointment as the Texas Adjutant General, Lt. Gen. James was Vice Commander and later Operations Group Commander of the 149th Fighter Wing, Texas Air National Guard, Kelly Air Force Base, Texas. A command pilot with more than 4,000 hours in fighter and trainer aircraft, he is a combat veteran with over 300 missions in Vietnam. 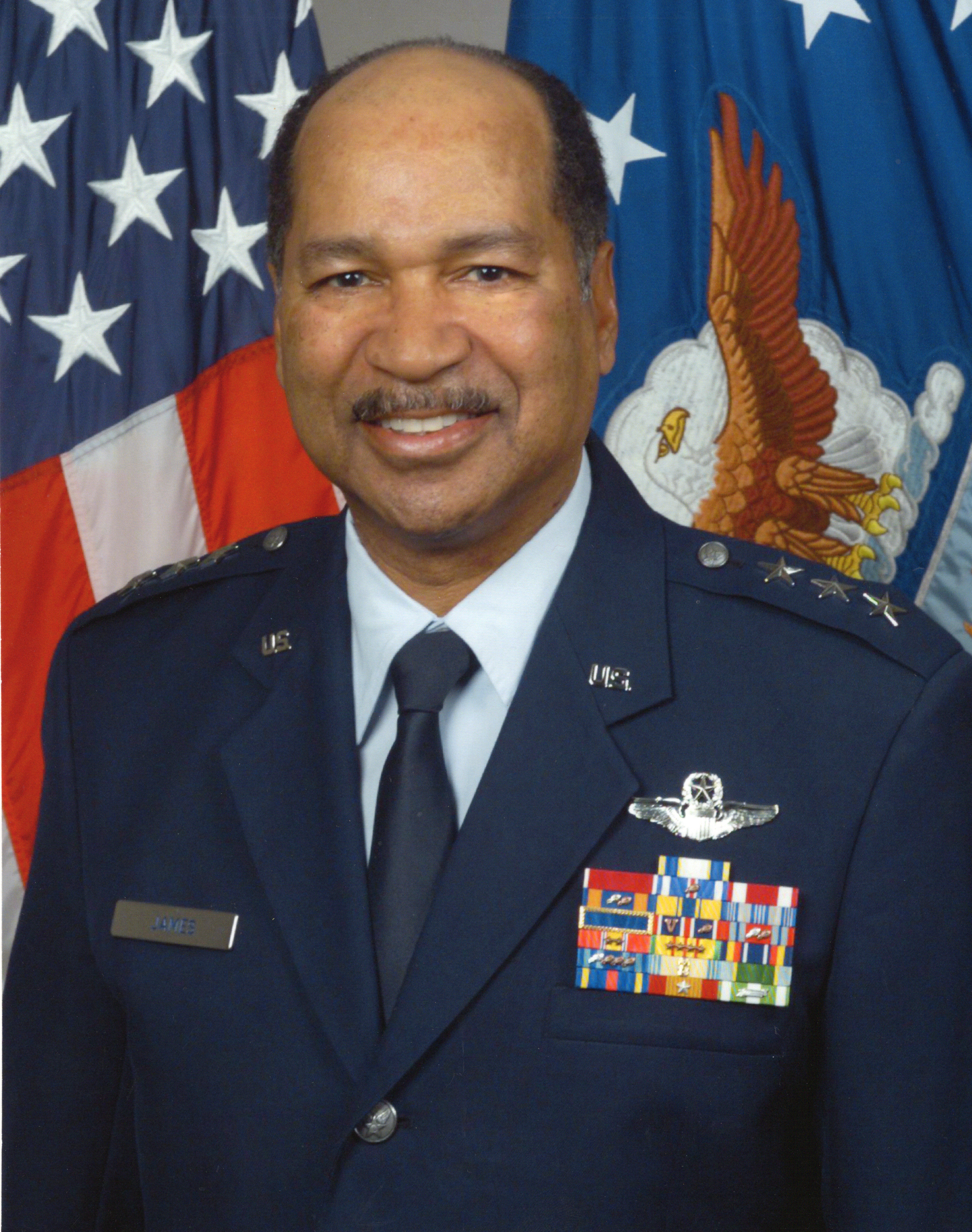