General Daniel began his military career by enlisting in Company B, 358th Infantry, 90th Infantry Division on 11 November 1951. He served in a number of 90th and 75th Division Artillery and Infantry units. He received an ROTC commission in the Infantry on 24 May 1956. He served successfully as a platoon leader and executive officer of a rifle company and as commander of Company B, 5th Tank Battalion, 15th Armor.

Following the deactivation of the 90th Infantry Division in January 1966, General Daniel transferred to the 36th Infantry Brigade (Sep) as Intelligence Officer (S2) of 2nd Battalion 141st Infantry and also served as Operations Officer (S3) and Executive Officer of the Battalion. In February 1973, he was assigned as Battalion Commander and following the re-designation of the battalion as a maneuver battalion of the 49th Armored Division, he was promoted to Lieutenant Colonel in January 1974. General Daniel was transferred to Headquarters 49th Armored Division in April 1976 and served as the Division Logistics Officer (G4). He was assigned to 49th Armored Division Support Command and promoted to Colonel on 4 November 1979.

LTG Daniel served with honor and distinction with over 38 years of dedicated service to the Texas Army National Guard and the United States Army. As a visionary, caring, servant leader and change agent, he was instrumental in bringing the TXMF and its members to new ways of thinking and adopting new ways of business. He epitomizes the organizational values of the Texas Military Forces, a true trailblazer who made an extraordinary and positive impact on the Texas Military Forces and shaped the organizational environment for the future. 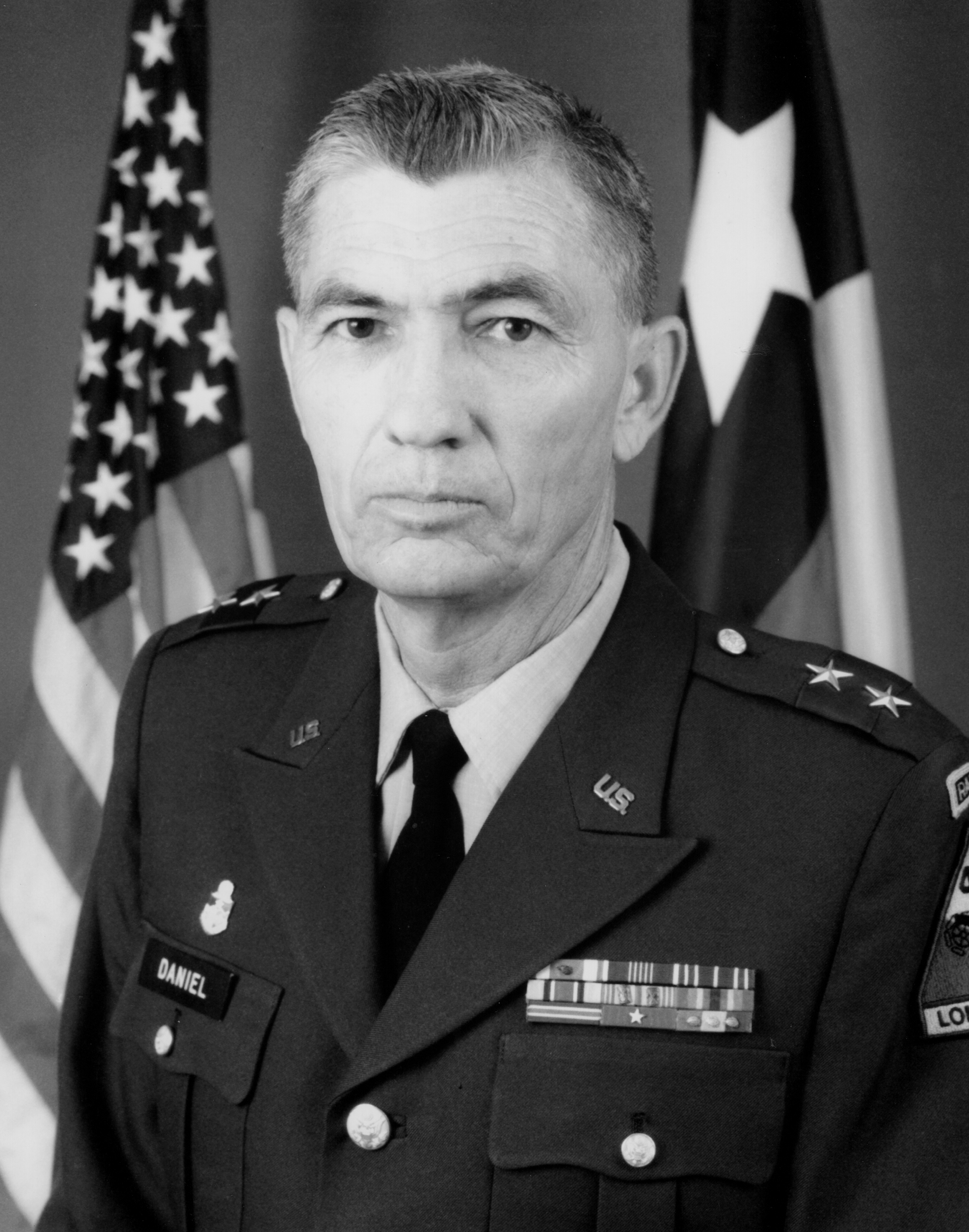