Everett S. Simpson first enlisted in the Texas Army National Guard in 1933. He was commissioned a second lieutenant in Company H, 142d Infantry in November 1940. Lieutenant General Simpson worked his way steadily up the ladder of leadership in the 142d, serving as company commander, regimental intelligence officer, battalion executive officer, battalion commander, and regimental executive officer. He left active duty in 1946 as a lieutenant colonel.

In 1946 he rejoined the Texas National Guard, helping reorganize the 142d Infantry, and was made commanding officer in 1949, rising to colonel. In 1960 he was appointed assistant division commander with the rank of brigadier general. He assumed the command of the 36th Division in 1962 and became a major general.

When the 36th Division was realigned in 1968, General Simpson was assigned to the Arrowhead Emergency Operation Headquarters in Odessa as the commanding officer. He later assumed command of the newly formed Headquarters Augmentation, State Headquarters and Headquarters Detachment, Texas Army National Guard, Austin, Texas, where he remained until his resignation from the Guard. He was appointed a brevet lieutenant general by Dolph Briscoe in September 1973.

General Simpson was one of Texas' most decorated soldiers in World War II. His awards included the Distinguished Service Cross, the Legion of Merit, the Silver Star, the Bronze Star, the Purple Heart and the French Croix de Guerre. 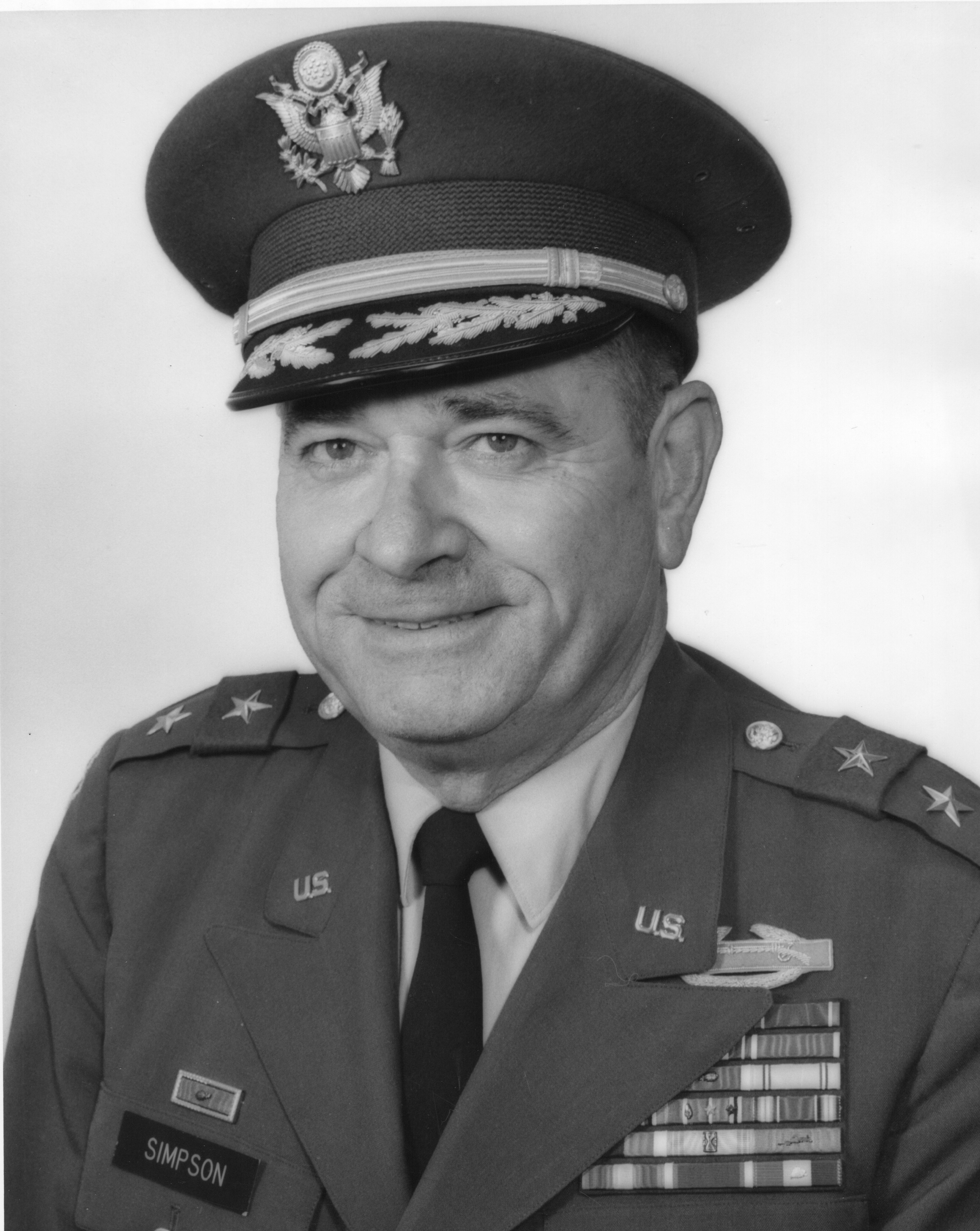