Lieutenant General (Brevet) Ross Ayers was born in Westminister, Texas, on 11 August 1910. He attended public schools and graduated from Texas Tech University in 1934 with a Bachelor of Arts Degree and from the University of Texas in 1946 with a Master's Degree in Education.

General Ayer's military career began on 15 October 1931, when he joined Service Battery, 131st Field Artillery Battalion, 36th Infantry Division. He attained the rank of Master Sergeant and was commissioned a Second Lieutenant, Field Artillery on 18 March 1939. He was mobilized with the 36th Infantry Division on 25 November 1940, and as a Captain in 1943, his actions were instrumental in holding the Salerno beachhead against repeated German attacks for which he was awarded the Silver Star for gallantry in action. Leaving active service as a Major on 1 February 1946, he assumed command of the 132d Field Artillery Battalion, 36th Division, as a Lieutenant Colonel. He served in various positions in the 36th Division Artillery, including commander, until his promotion in 1965 to Brigadier General as Assistant Division Commander, 36th Division. When the 36th Infantry Brigade (Separate) was formed as a part of the Army's Select Reserve Force (SRF) in November 1965, General Ayers was named commander. Upon assuming command, General Ayers subleased his farming interests in which he had been involved for 20 years, to fully devote his time to the training of his brigade. On 13 March 1969, General Ayers was appointed Adjutant General of Texas and promoted to Major General, a position he held until his retirement on 16 January 1973. He was breveted Lieutenant General by Governor Preston Smith on the same day.

Among his awards in recognition of his long and distinguished service to his State and Nation, General Ayers was awarded the Silver Star, the Legion of Merit, the Bronze Star and the Lone Star Distinguished Service Medal. 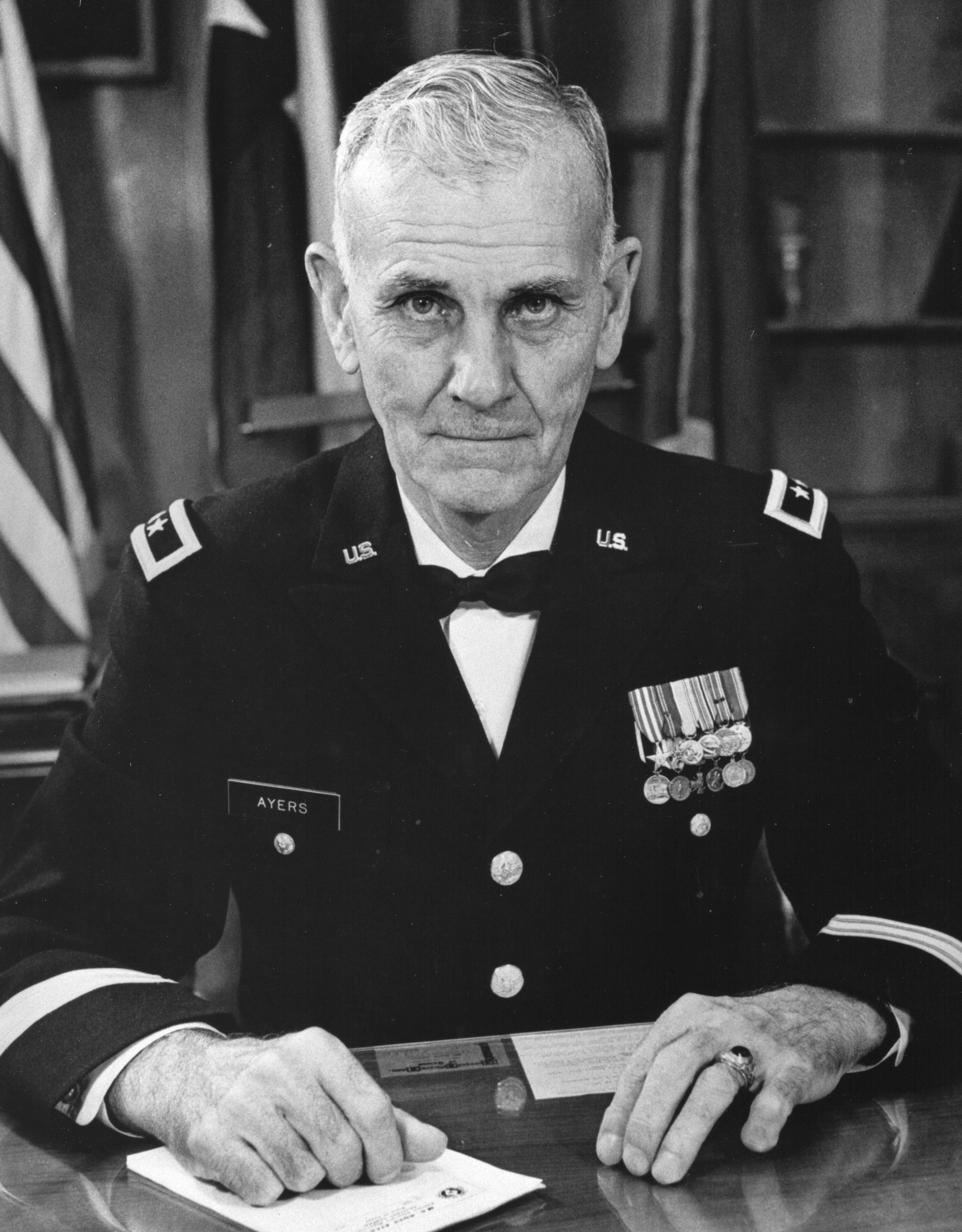