Carl F. Schupp, II was born in Albany, New York. on December 1, 1913. He attended school in the Albany School System graduating from Albany Senior High School in 1931. He entered Virginia Military Institute as a cadet in September 1931, received a degree in chemistry with honors and was commissioned a second lieutenant of Cavalry, USAR, in June, 1935. He then moved to Texas and was employed by the Humble Oil and Refining Company in Baytown, Texas.

In August, 1940, General Schupp was called to active duty as a first lieutenant with the 12th US. Cavalry at Fort Brown, Texas. He served with the 12th Cavalry as adjutant and later as adjutant, executive officer and commander of the post of Fort Brown. In 1944, General Schupp, then a lieutenant colonel, was transferred to the Eighth Service Command in Dallas for duty in the Personnel Division, later becoming Director of Personnel. He was promoted to colonel and in June, 1946 was separated from active duty. He joined the Texas Army National Guard as a lieutenant colonel and was assigned as AC of S, G-1 and later AC of S, G2, 49th Armored Division. In 1949, he was again promoted to colonel and appointed commander of the 49th Armored Division Trains at Orange, Texas, and successively, commander of Combat Command C and commander of Division Artillery.

When the 49th Armored Division was called to active duty in September, 1961, he again assumed command of the 49th Armored Division Trains at Fort Polk, Louisiana. In May, 1962, he became the United States Property and Fiscal Officer for Texas. He was appointed Assistant Adjutant General (Army) on March 19, 1969, and promoted to brigadier general. He retired from that position in October, 1970, and was promoted to major general (brevet).

General Schupp was a graduate of the Command and General Staff College and received numerous awards and decorations for his long and distinguished service including the Legion of Merit with two oak leaf clusters, the Army Commendation Medal and the Lone Star Distinguished Service Medal.

General Schupp's career as a citizen soldier stands as an example of devotion to duty and dedicated service worthy of emulation by those who follow. 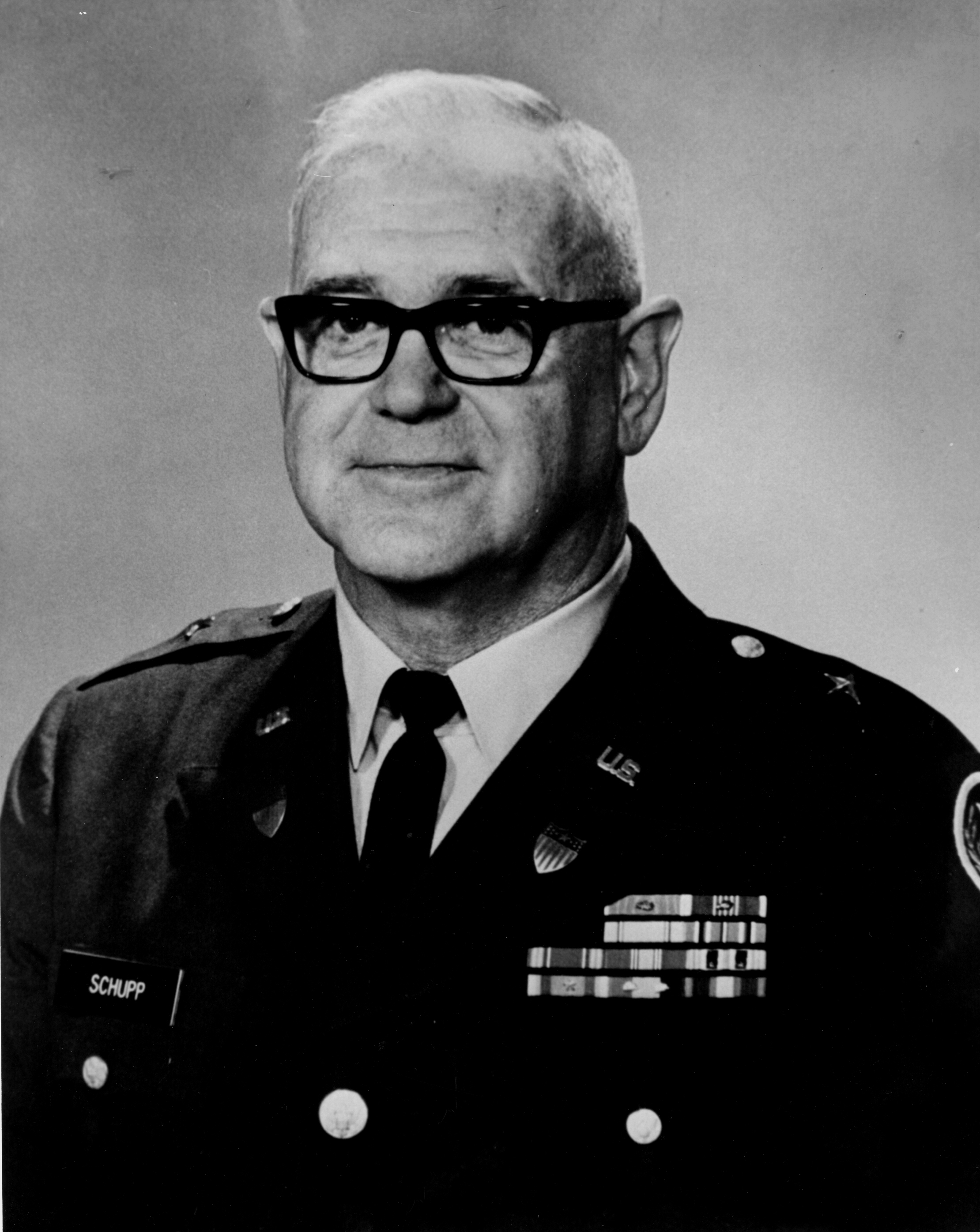