General Heuer's military career began in 1953 when he enlisted in the 32d Infantry Division. He was commissioned a second lieutenant when he graduated from Officer Candidate School in 1953. He served with the 17th Infantry Regiment, 7th Infantry Division in Korea and upon release from active duty, joined the Wisconsin National Guard where he was assigned to the Wisconsin Military Academy. He was called to active duty for the Berlin Crisis with the Wisconsin 32d Infantry Division and, upon return from active duty in 1962, was assigned as training officer with the Wisconsin Military Academy. General Heuer joined the Texas Army National Guard in 1967, and served in various positions in the 71st Airborne Brigade, including battalion commander of the 2d Battalion, 143d Infantry. In 1982, General Heuer, now a member of the 49th Armored Division, assumed command of the 1st Brigade of the Division and was promoted to colonel. In 1985, he was assigned as chief of staff and in 1987, promoted to brigadier general. He served in various positions, including assistant division commander (maneuver) for the 50th Armored Division, until his retirement on 23 October 1992. As a reward for this long and dedicated service, he was breveted major general by a grateful State of Texas.

In civilian life General Heuer was an employee of Boeing Aerospace and was appointed as Chairman of the Texas Space Commission by Governors Bill Clements and Ann Richards. He is in charge of the Space Station Office in Houston.

Throughout his career and since his retirement, General Heuer has been the model of the citizen soldier, providing outstanding leadership for the National Guard of Texas. His courage, dedication to duty and integrity serve as an inspiration to all current members of the State Military Forces and will serve as a beacon for all who shall follow in the profession of arms. 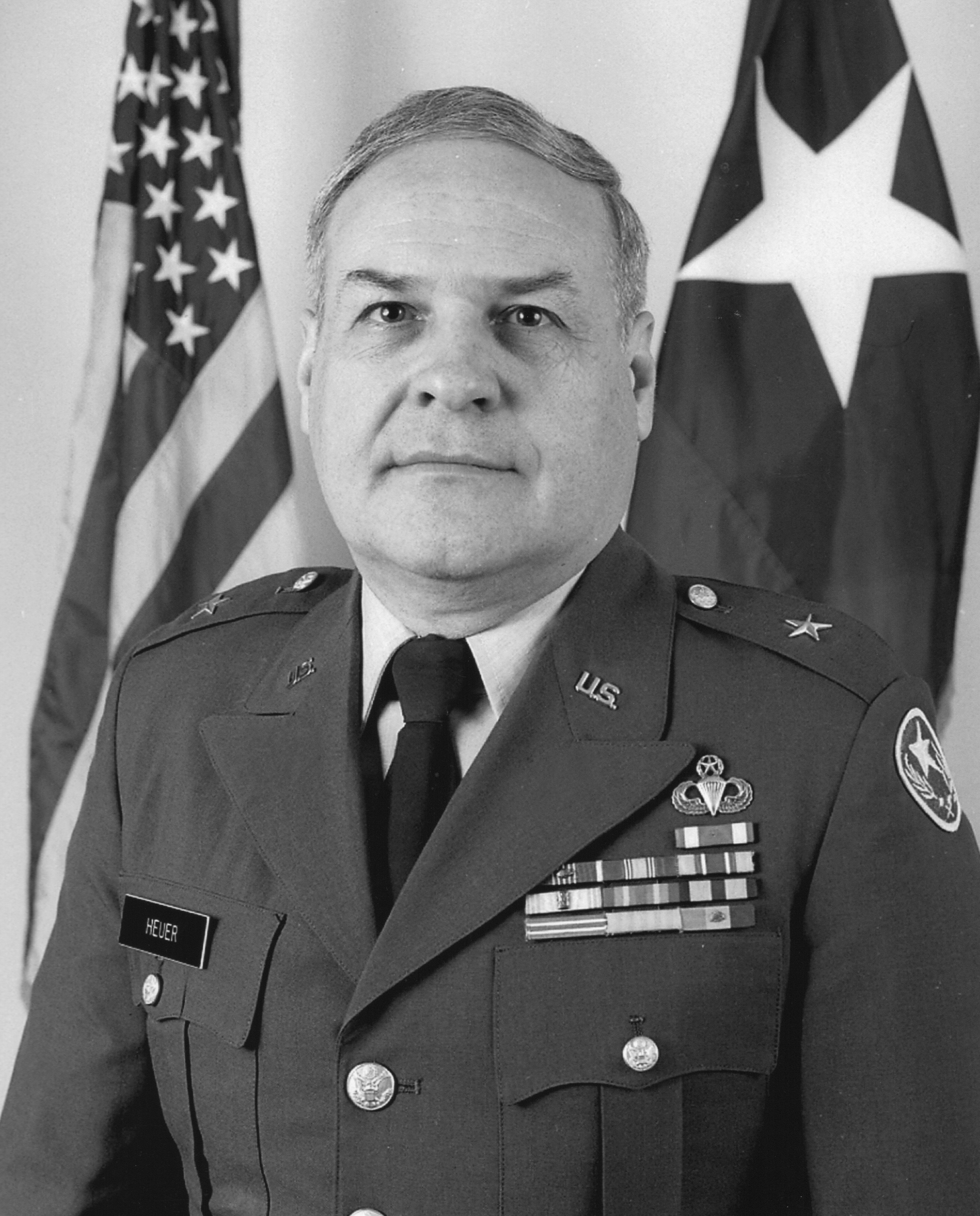