Henry C. Smyth
Major General Smyth was Commander of the Texas Air National Guard from 1979 to 1983. His flight experience included over 7,000 hours in at least 60 aircraft including military fighter, interceptor, transport, troop carrier, tanker, helicopter, tilt-rotor, and FAA commercial aircraft. During his military career he served in Korea, Japan, SE Asia, and Europe. From 1967 to 1977 he completed 25 deployments to Europe, serving as either the Operations Officer or Commander of Operation Creek Party. While Commander of the Texas Air Guard, he also served as the Treasurer, then Chairman of the Armory Board of the State of Texas. He received a B.S. in Mechanical Engineering from Virginia Polytechnic Institute in 1949, being designated as a Distinguished Military Graduate and winning the Kollar Cup for leading the best company in the VPI Corps of Cadets. General Smyth was in continuous flight status from 1951 to 1984 and was combat-ready for 28 years (in eight different aircraft).

In his civilian career, General Smyth worked with Bell Helicopter Textron in Fort Worth, Texas from 1956 to 1992. His final role was Program Director for the V-22 Osprey. He also served as Program Director of Research and Development, Program Manager of the NASA/Bell XV-15 Tilt-Rotor Aircraft Program, and Chairman of the political action committee. Other duties at Bell included flight testing the first Huey helicopters, proposal management with the U.S. Army for the Bell Cobra, and Director of Bell Operations Company – a company formed to build helicopters in Iran (up until 1979).

After retirement General Smyth served professional and community organizations: (i) further contributions to the Texas National Guard Legislative Task Force, (ii) President of the Dallas Chapter of Air Force Association, (iii) appointment to the Air Force Association Science and Technology Advisory Board (iv) chair of U.S. Congressman Joe Barton’s Service Academy Selection Board and serving on his Technical Advisory Board, (v) Executive Director of the Texas Student Housing Authority, and (vi) Board Member and later Chairman of the Executive Service Corp (the Nonprofit Service Center of Tarrant County), and (vii) Board President of Tarrant Council of Alcoholism and Drug Abuse (now the Recovery Resource Council). 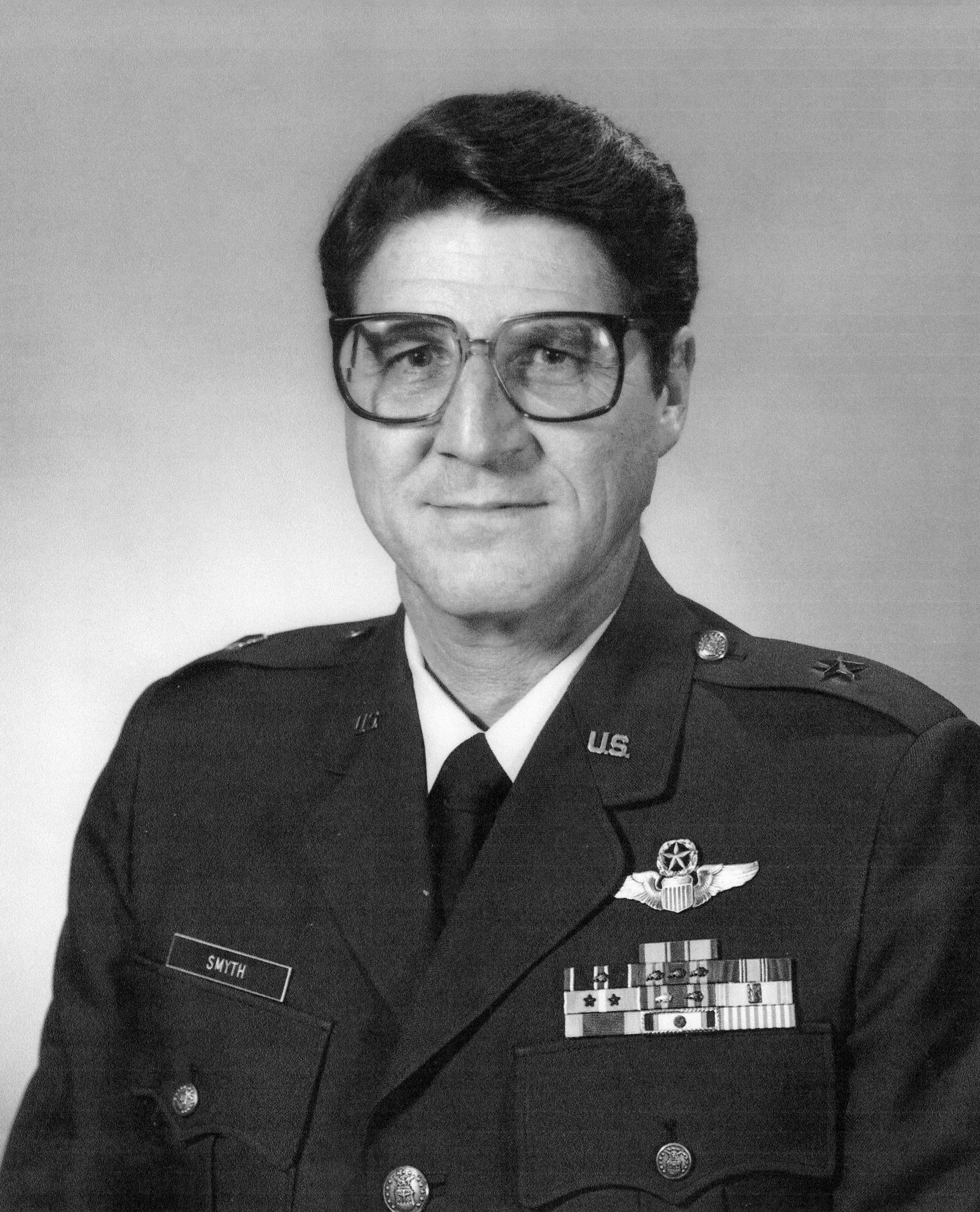