General Smith's distinguished military career began on 28 January 1943, when he entered on active duty in the Aviation Cadet Program. In October 1944, he was assigned to the European-Middle Eastern Theater of Operations flying P-47 aircraft. He flew 88 combat missions, logged 205 combat flying hours and was credited with destroying 9 aircraft, 5 locomotives and other rolling stock. When hostilities ceased in Europe, he remained with the Army of Occupation in Germany until September 1945. In February 1946, he was released from active duty and participated in the Air Force Reserve until 1950. On 7 May 1950, he entered the Texas Air National Guard and was assigned to the 181st Fighter Squadron, Hensley Field, Texas as a Fighter Pilot. In August 1952, he accepted an air technician position. He progressed through Flight Commander, Operations Officer and assumed command of the 181st Fighter Interceptor Squadron on 1 September 1960. He was transferred to the 136th Air Refueling Wing on 23 November 1966, where he served as Director of Operations. On 23 December 1973, he was appointed temporary Group Commander and Technician Detachment Commander of the 149th Tactical Fighter Group, Kelly Air Force Base, Texas. He returned to the 136th Air Refueling Wing on 15 April 1974, and progressed through the ranks to Vice Commander and assumed command of the Wing on 7 February 1976. He was transferred to the Headquarters, Texas Air National Guard on 19 September 1977 as Chief of Staff for Air. A position he held until his retirement on 2 October 1979.

Among his numerous awards for his long and distinguished service are the Legion of Merit, Air Medal with 4 Oak Leaf Clusters, Air Force Commendation Medal and the Lone Star Distinguished Service Medal.

General Smith's outstanding record and devotion to duty in peace and war to his state and nation is an example for all to follow and is indicative of the spirit of the Texas Air National Guard. 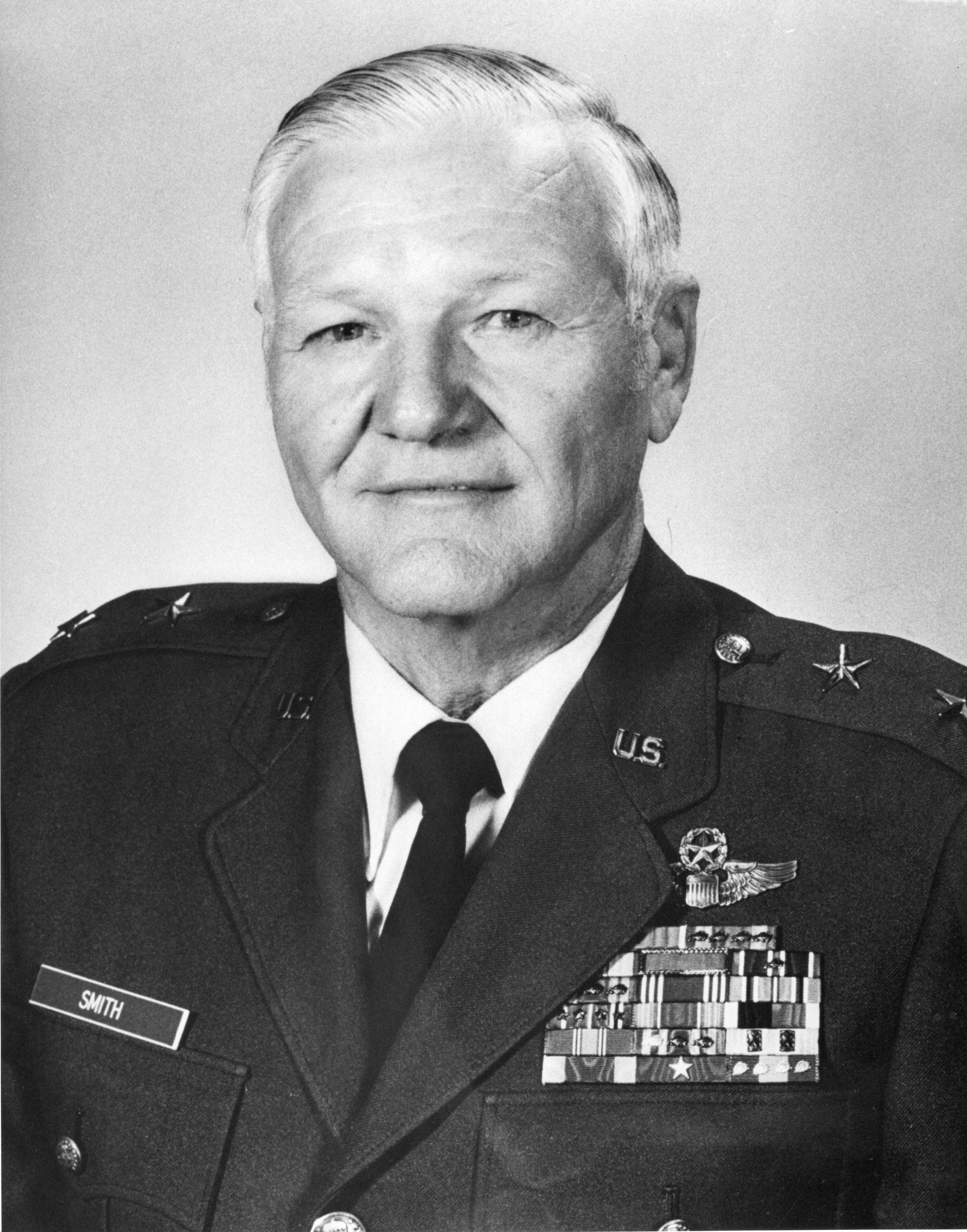