James E. Taylor began his service with the Texas National Guard in December 1938, enlisting in the 132d Field Artillery Battalion, 36th Division. He later commissioned a second lieutenant and in November 1940 entered federal service with the 36th Division Artillery. He was promoted to first lieutenant in February 1941; to captain in August 1941; and to major in April 1942. He served as S-3 and battalion officer, 133rd Field Artillery Battalion, and in August 1943 was assigned as battalion executive officer, 131st Field Artillery. From July 1, 1943 to January 1945, Major General Taylor served in the European Theater of Operations with this unit, being promoted to lieutenant colonel in March 1944 and serving as its commanding officer from November 1943 until his discharge in April 1945. On the reorganization of the 36th Division he was appointed the division artillery executive officer and promoted to colonel in February 1947. He served as chief of staff, 36th Division, from July 1948 until his appointment as commanding general, 36th Infantry Division Artillery, in March 1953. He received federal recognition as brigadier general in. May 1953. 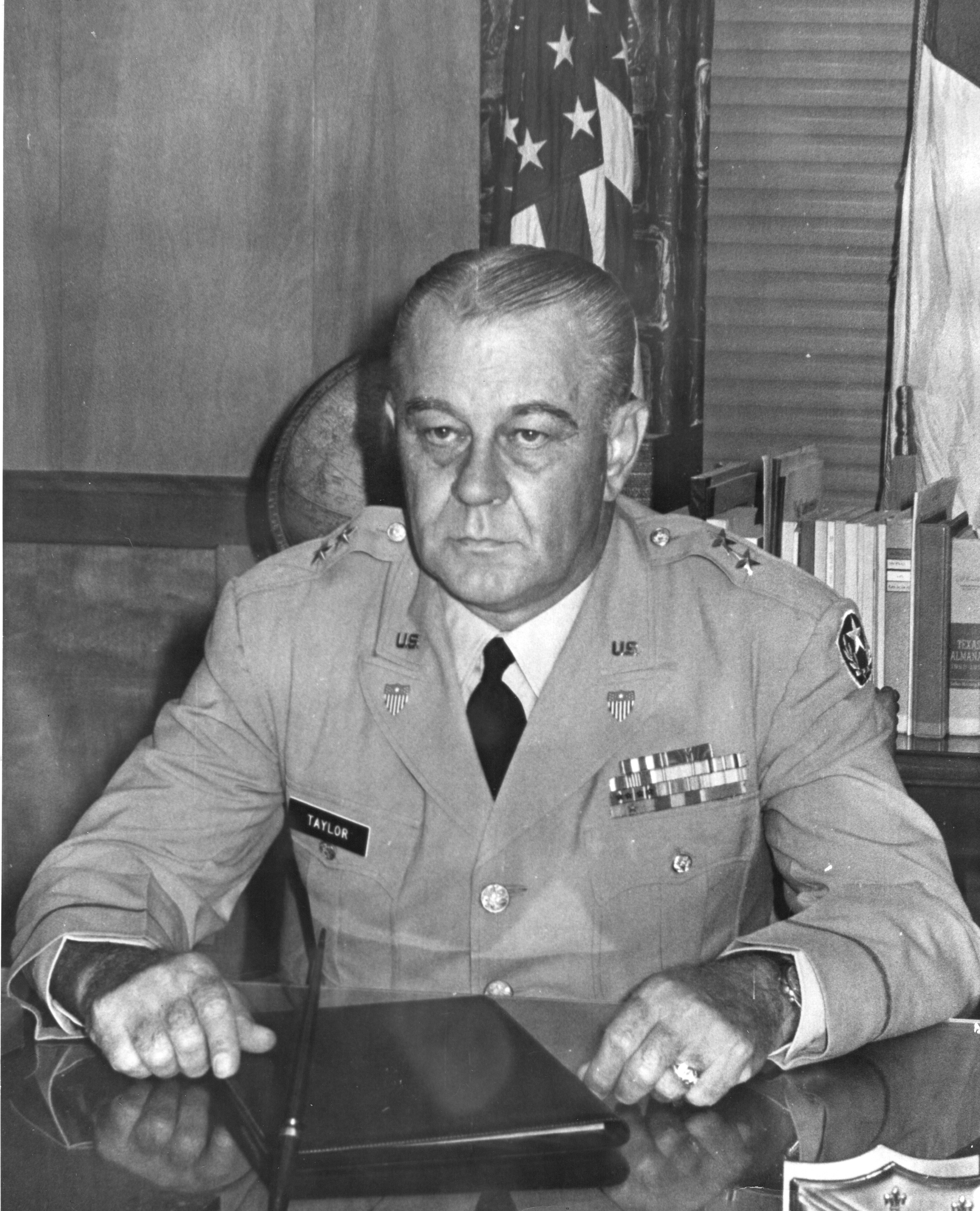