Lloyd M. Bentsen, Sr. enlisted in the Aviation Section of the Signal Corps, United States Army, November 21, 1917, and became a pioneer in military aviation. He received his commission as an officer and his aviation wings at Carlstom Field, Florida and served throughout World War I as a fighter pilot.

Prior to World War II, he organized and commanded a home guard battalion in the Mission area. Appointed major in the Military Forces of Texas March 17, 1941, and promoted to lieutenant colonel October 2, 1944, he commanded the 31st Battalion until the State Guard was disbanded in 1947 following return of the Texas National Guard to state control after World War II.

When the Texas State Guard Reserve Corps was authorized in January, 1948, he volunteered and was commissioned senior colonel, and assigned commanding officer of the 12th Regiment. On August 19, 1949, he was promoted to brigadier general, commanding the 3d Brigade composed of the 1st, 2d, 4th and 12th regiments. Ile also served as Vice-Chairman and later as Chairman of the Governor's Advisory Board on State Guard Affairs.

On December 4, 1950, he was assigned as deputy corps commander and promoted to major general, assigned a Commanding General, Texas State Guard Reserve on December 12, 1953 until March 12, 1963.

Major General Bentsen retired as commanding general of the Texas State Guard on May 11, 1963, after serving 22 years in the State Military Forces of Texas and over a total of 46 years of military service. 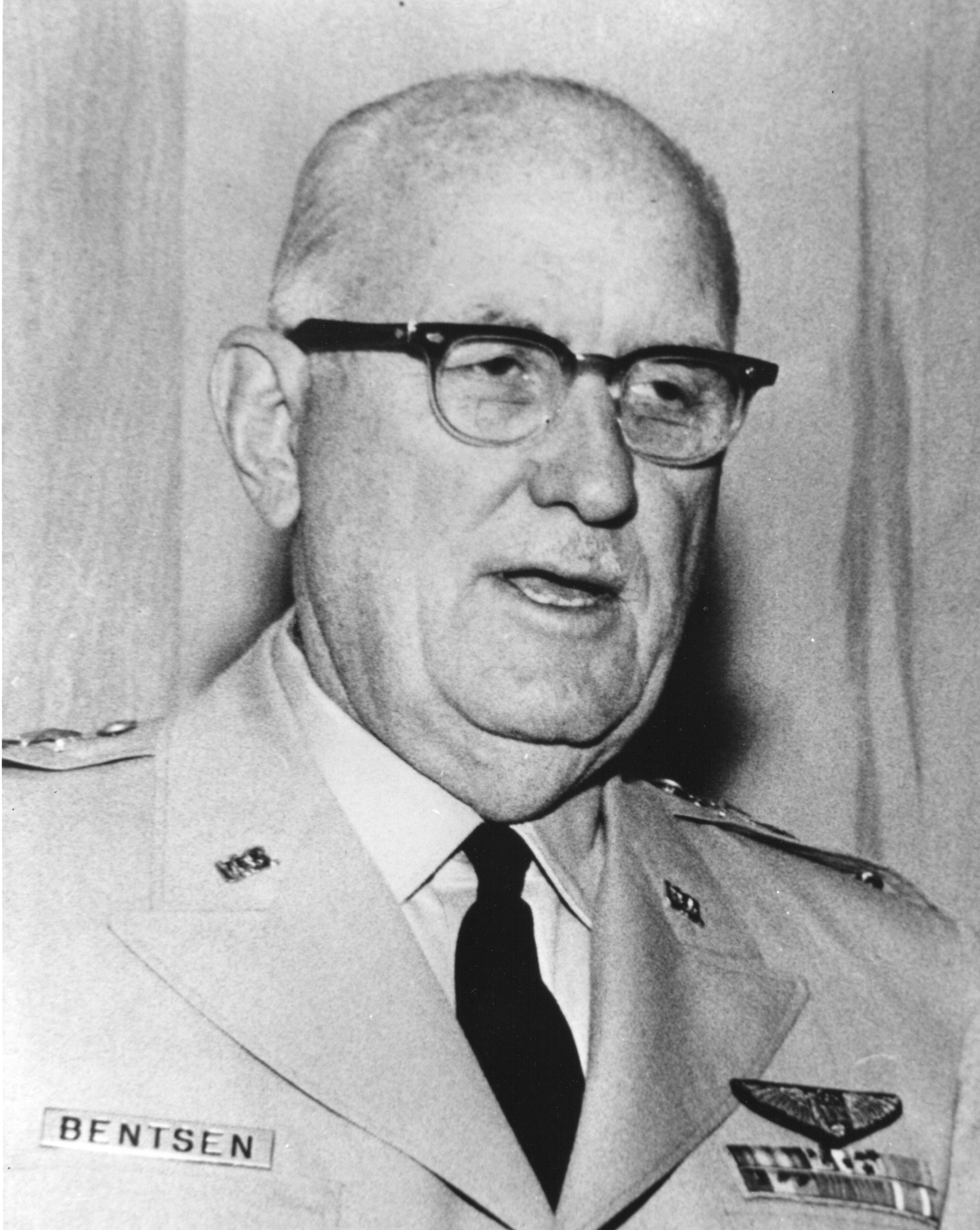