Major General Otto Erwin Scherz was born in San Angelo, Texas, on 15 July 1921. He graduated from San Angelo High School in 1938 and from Texas A & M University in 1942 with a Bachelor of Science Degree in Landscape Architecture.

General Scherz's military career began upon graduation from college when he was commissioned a Second Lieutenant, Field Artillery, and assigned to the 561st Field Artillery Battalion. He fought in World War II, in Europe, as a battery commander, returning to the United States in 1945. He joined the Texas Army National Guard in June 1948, as S-3 of the 961st Field Artillery Battalion. As the Battalion Commander of the 3d Rocket/Howitzer Battalion, 132d Artillery, he was mobilized with the 49th Armored Division in 1961. On 17 November 1967, he was promoted to Colonel and assigned as Division Artillery Commander, 49th Armored Division. He commanded a number of units in the Texas Army Guard and was promoted to Brigadier General in September 1973 as Assistant Division Commander, 49th Armored Division. As Commander of Base Units Command, State Headquarters and Headquarters Detachment, Texas Army National Guard in March, 1976, he was promoted to Major General.

Retiring from military service on 31 July 1978, General Scherz's service to his State and Nation spanned a period of over 36 years and can best be characterized by the symbol of the citizen soldier. He answered his country's call to arms twice, while conducting a successful business in San Angelo and contributing to his local community as a member and leader of numerous civic organizations.

Among his numerous awards in recognition of his long and distinguished career are the Legion of Merit, the Bronze Star and the Lone Star Distinguished Service Medal. 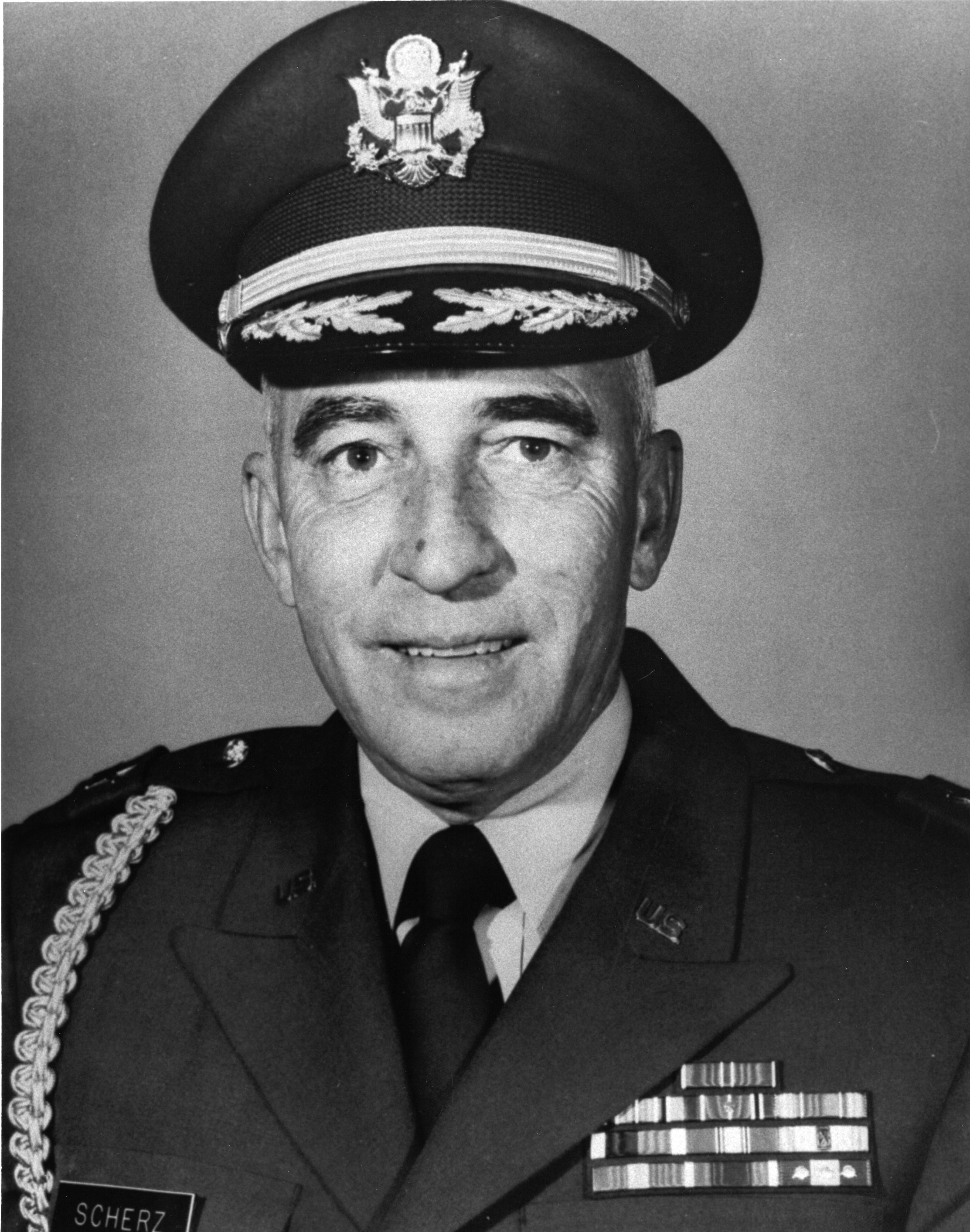