Paul D. Straw's military career began on May 8, 1942 when he was sworn into the Army as an Aviation Cadet. When he completed his pilot training he served as a B-17 co-pilot over Europe until shot down on February 22, 1944. After 15 months as a prisoner of war he returned to the United States where he served in various assignments until his release from active duty early in 1947.

Major General Straw was appointed a first lieutenant in the Texas Air National Guard on May 15, 1947, and assigned to the 236th Air Services Group at Hensley Field, Dallas. In September 1948, he transferred to the 182nd Fighter Squadron at Brooks Air Force Base and was recalled to active duty with the unit in October 1950. He completed a combat tour in Korea as a jet fighter pilot on April 17, 1952, and returned to the United States with the unit. He was commander of the unit from July 1, 1955 until he was assigned as the operations officer of the 149th Fighter Group on July 1, 1960. 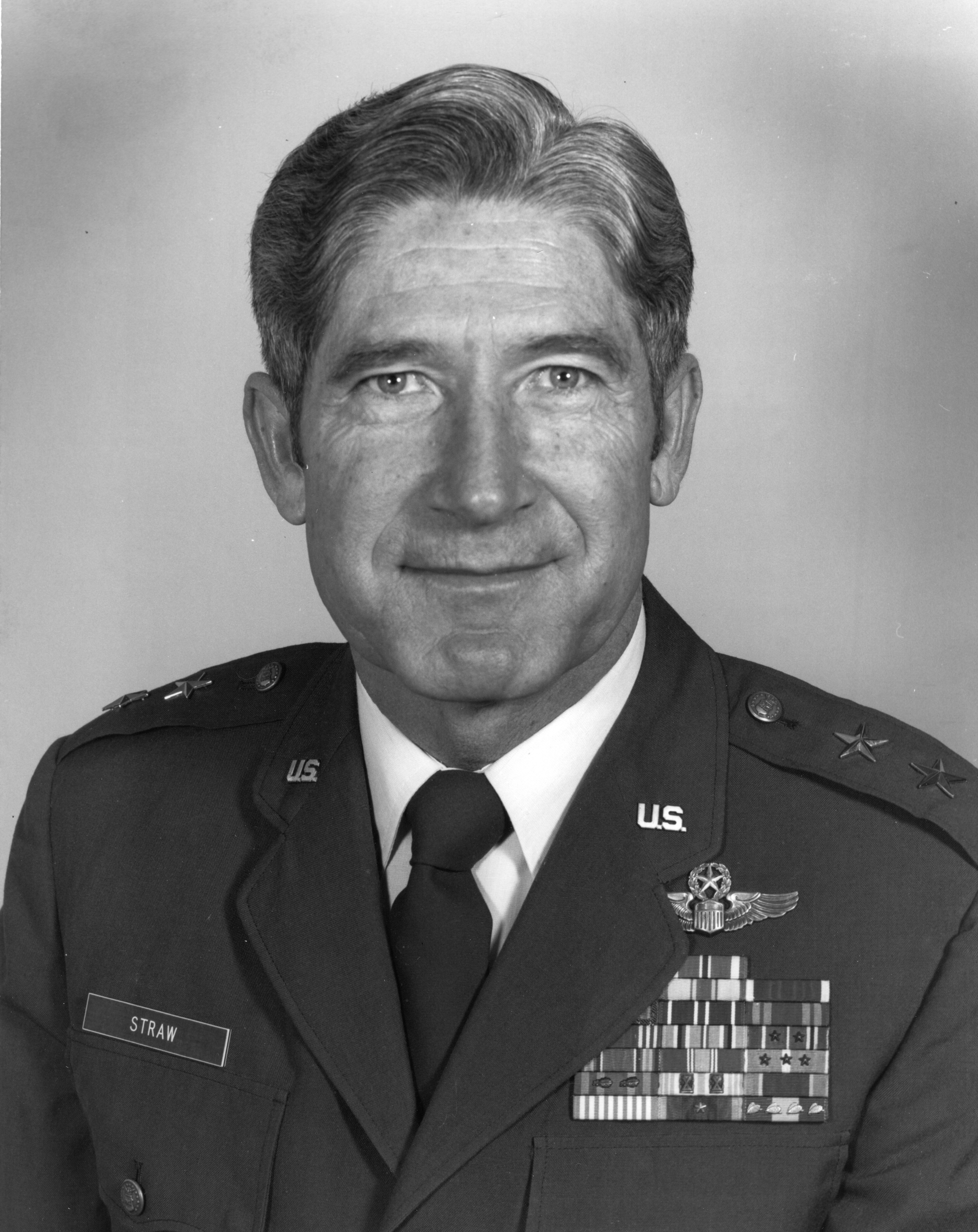