Colorado City, Texas, native Robert W. McDonald began his military service in September, 1947, when he enlisted in the 132nd Field Artillery, 36th Division, at Lubbock, Texas. In 1951, he enlisted in the US. Air Force and served as a B-25 crew chief until he entered pilot training. After graduating from pilot training in December, 1952, he flew F-80s and F-86s on active duty at Nellis Air Force Base, Nevada, and George Air Force Base, California. During this time, he advanced to squadron commander of the 388th Fighter-Bomber Squadron.

On February 6, 1956, McDonald entered the Texas Air National Guard and was assigned to the 181st Fighter Interceptor Squadron at Dallas, Texas. He remained in the 181st until 1965 and progressed to flight commander during this time. When the 181st transitioned from fighters to KC-97G tankers in 1964, McDonald was instrumental in the conversion.

During his 42-year career, McDonald was rated combat ready for more than 20 years, amassed more than 8,000 flying hours, and took part in 47 deployments to Europe in KC-97Ls – 41 as part of Operation Creek Party, the Guard's historic Cold War air refueling mission over Europe and the Atlantic.

Robert W McDonald was named commander of the Texas Air National Guard, and federally recognized as a Major General June 28, 1984. Since his retirement in 1989, he has continued to support the Guard through his membership in the National Guard Associations of the United States and of Texas, the Texas Legislative Task Force, and the Air Force Association. 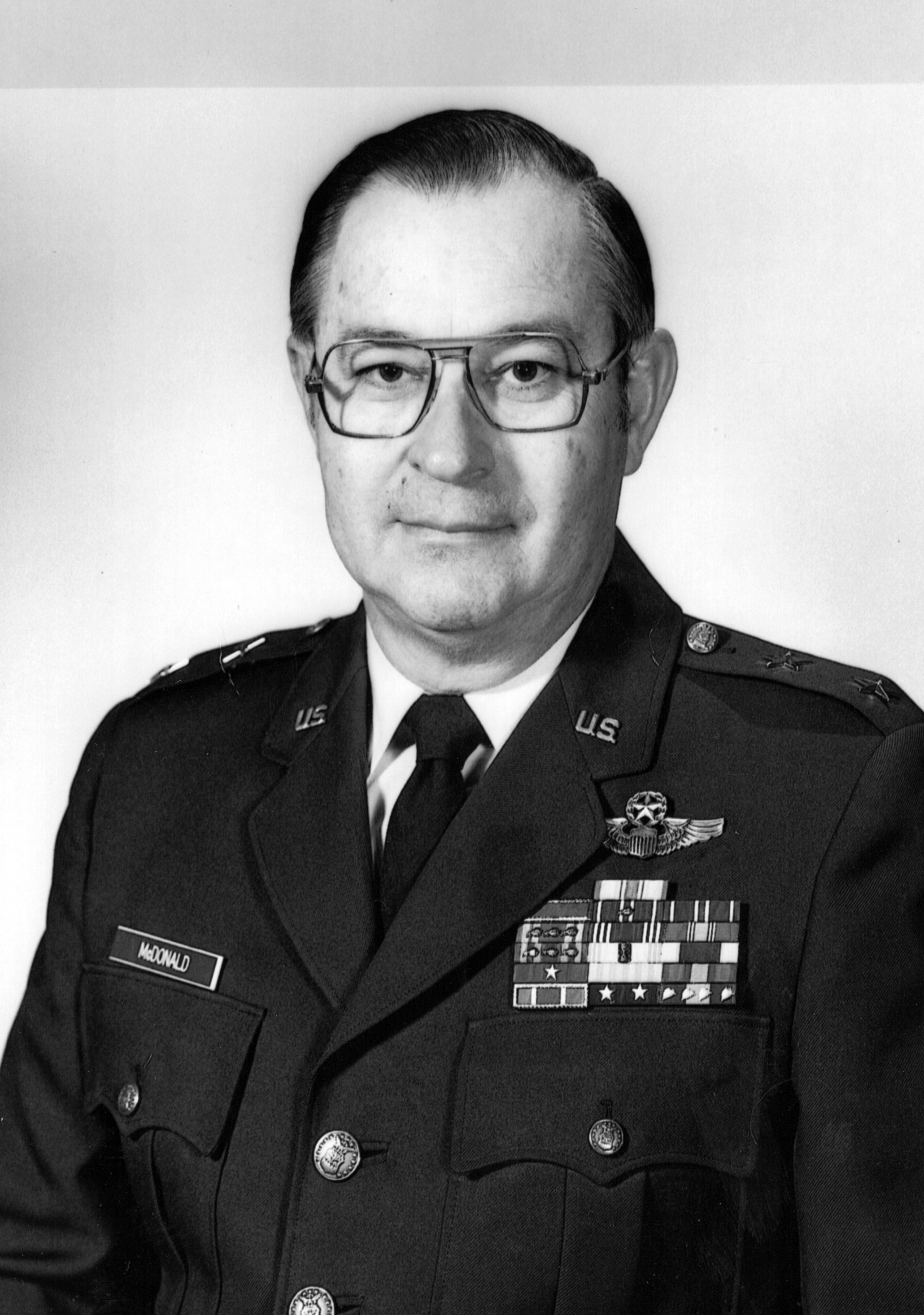