Major General Harris was born in Eastland County, Texas in 1914. He attended Ranger High School and Ranger Junior College and in 1941, he joined the Texas Defense Guard. He attained the rank of First Lieutenant before enlisting in the Army on 30 May 1942.

He was commissioned on 14 January 1943 and participated in the invasion of Normandy and the Saint Lo breakout. Discharged as a Captain in 1946, he immediately joined the Texas National Guard. Serving in numerous positions, he was particularly involved with the Air Defense program.

On 25 September 1961, he was mobilized with the 49th Armored Division and served until its release from active duty in 1962. He retired from the Army National Guard as a Colonel on 3 July 1972 and was appointed Colonel in the Texas State Guard on the next day. He served in numerous assignments until he was assigned as commander and promoted to Major General on 1 December 1984.

He devoted his full time and energy to the betterment of the State Guard spending many hours on a daily basis attending to day to day operations.

In 1986, General Harris represented the Governor at special ceremonies in Normandy where he had seen combat 40 years earlier to pay tribute to Texans who gave their lives during the invasion.

In recognition of his dedication to duty and outstanding accomplishments, he has been awarded the Legion of Merit, Bronze Star, Lone Star Distinguished Service Medal, Texas Outstanding Service Medal and numerous other awards. 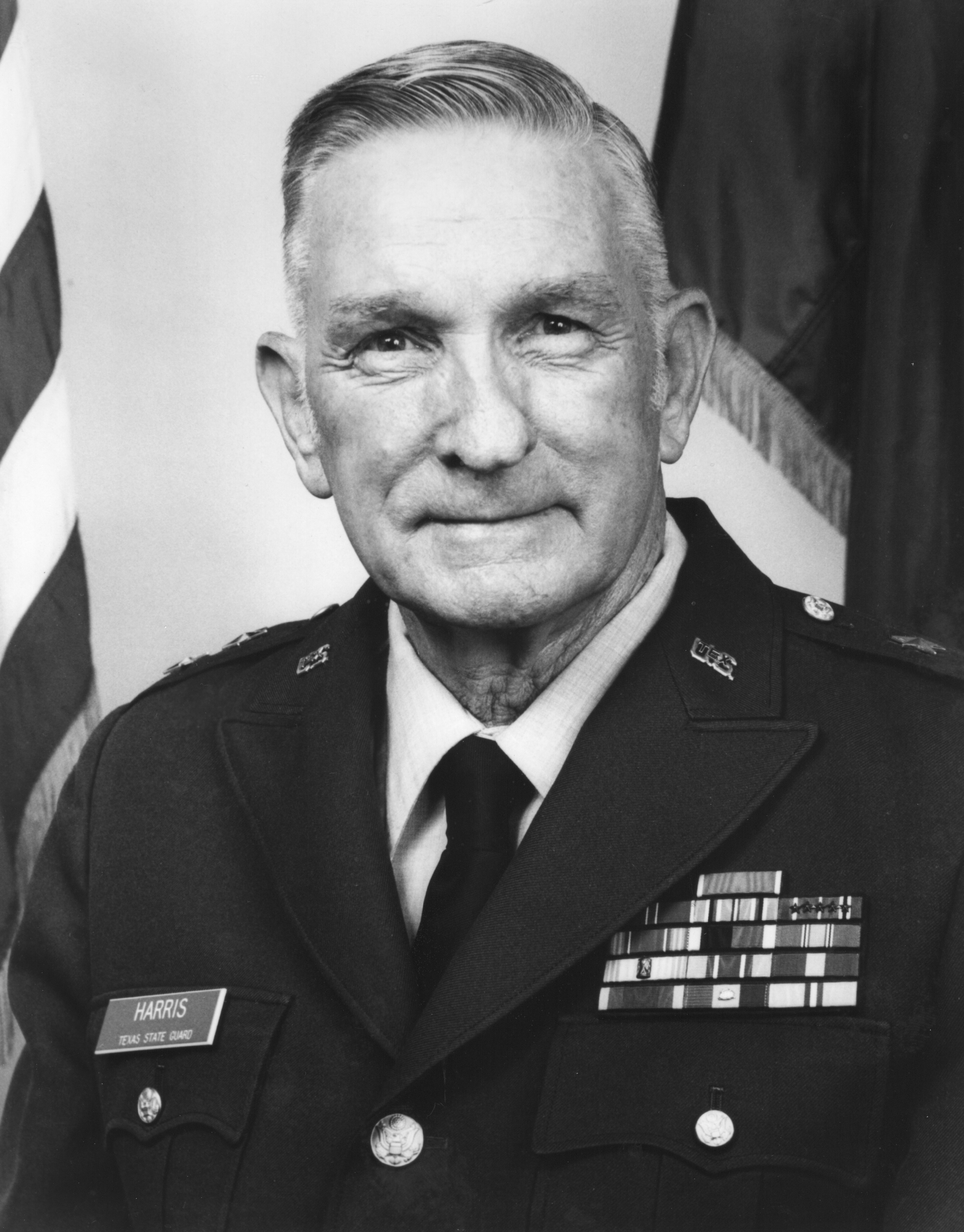