William O. Green began his military career when he was commissioned a second lieutenant June 1, 1928, in the Officers Reserve Corps. He was appointed in the Texas National Guard in 1937 and was mobilized with the Guard on November 25, 1940.
Major General Green served with the 36th Infantry Division during seven campaigns in the European Theater of Operations. He was awarded the Legion of Merit, the Italian Order of the Crown, and the French Croix de Guerre. He was released from active duty on January 23, 1946, as a lieutenant colonel.

He was again appointed in the Texas National Guard in December 1946. He served a number of command positions in the 36th Infantry Division and was promoted to colonel April 21, 1959. 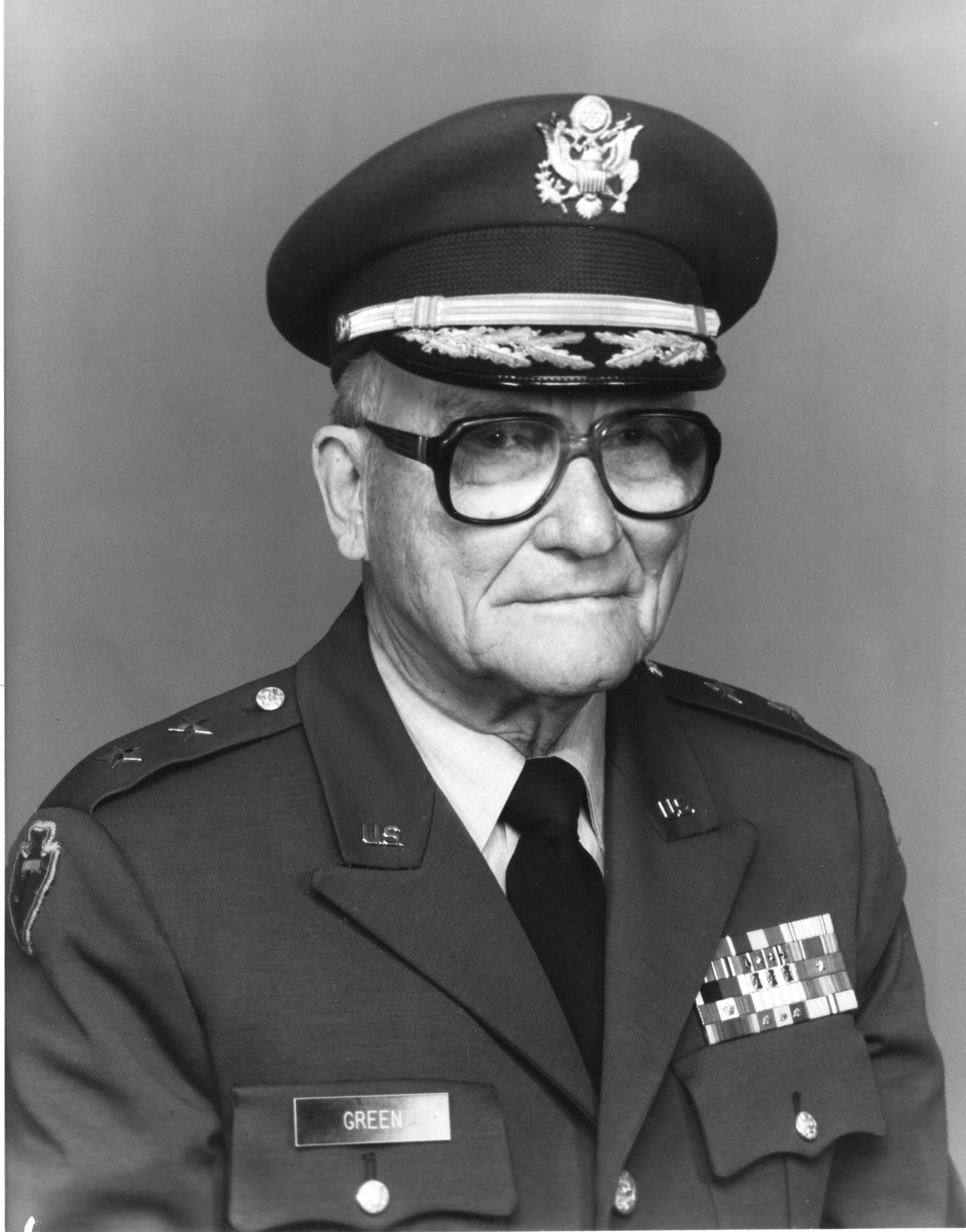