Master Sergeant George W. Britt, Jr., was born 6 August 1925 in Magnolia, Arkansas. He graduated from Ball High School, Galveston, Texas, in 1943 and joined the Army Air Corps on 27 September of that year.

A qualified Aerial Gunner, he flew 43 combat missions as a member of the Allied Air Forces in the Southwest Pacific area during World War II. These missions included bombing missions against enemy installations, shipping and supply bases. After World War II, he served in the active Air Force and the Air Force Reserve before joining the 147th Consolidated Aircraft Maintenance Squadron, Texas Air National Guard at Ellington Air Force Base, Texas, on 4 February 1965, as a Technical Sergeant.

He immediately surfaced as a leader within the organization. He was a member of the small arms high power/small bore rifle team and as such was an outstanding trainer for his unit in marksmanship training. He was widely known throughout the Houston area because of his recruiting efforts. He knew the secret of recruiting and retention, being a leader and showing concern for his troops on one hand and knowing how to conduct tough, meaningful training on the other. He was the epitome of a noncommissioned officer and represented his unit, the Texas Air National Guard and the United States Air Force in an outstanding manner.

He was promoted to the rank of Master Sergeant on 5 March 1975 and on 1 July 1979 was assigned as First Sergeant of the 147th Resources Management Squadron, a position he held for almost five years. On 4 August 1985, he was retired from active service after having served for over 30 years.

In recognition of his accomplishments a grateful state and nation awarded him numerous decorations, including the Meritorious Service Medal, the Air Medal with three Oak Leaf Clusters and the Texas Outstanding Service Medal.

Master Sergeant Britt's accomplishments will long be remembered by members of the Texas Air National Guard and will serve as an inspiration to all non-commissioned officers. 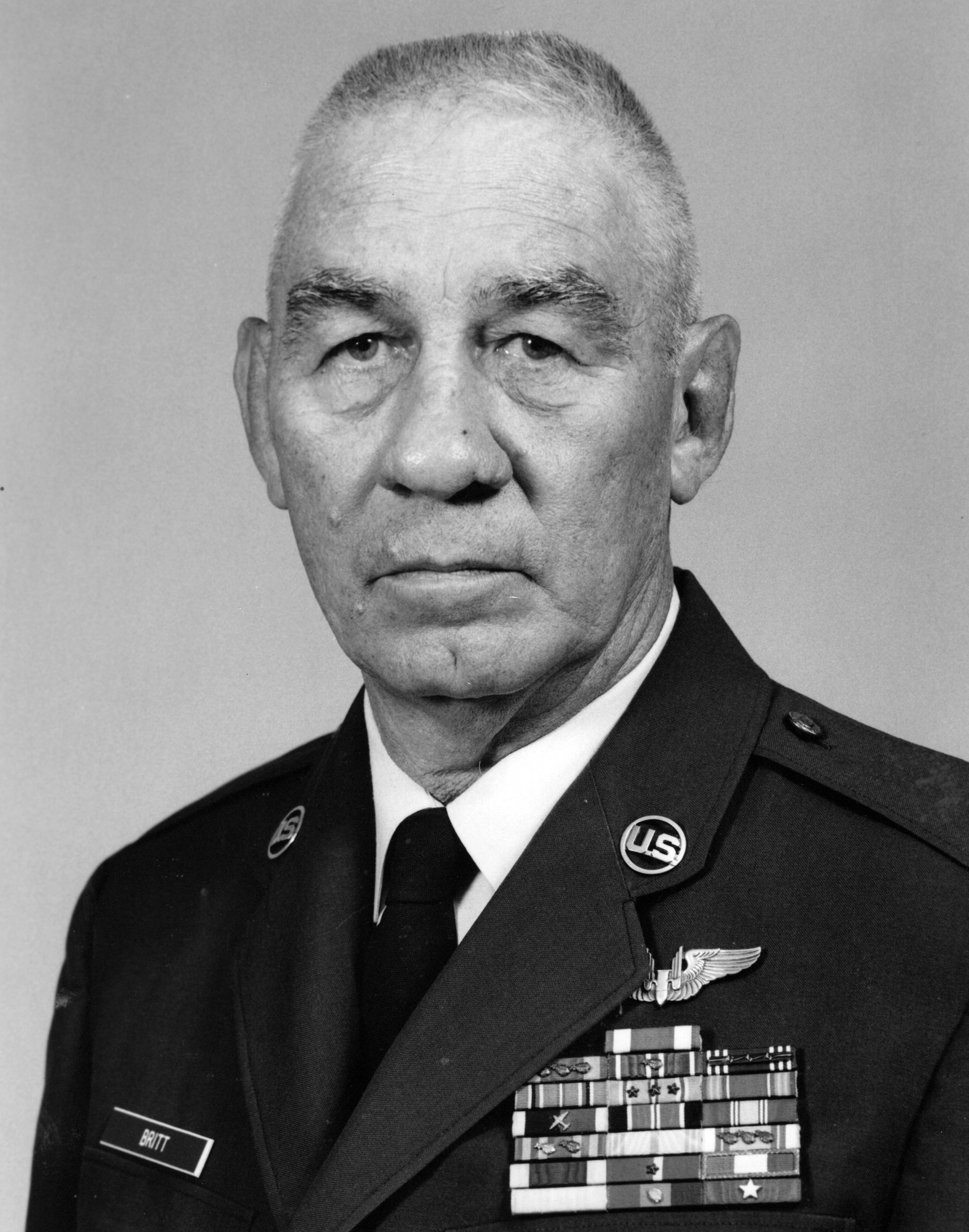